LEXINGTON, Ky. (March 5, 2018) – For Carrigan Wasilchenko – and so many others hailing from Eastern Kentucky – cancer is not just a public health issue. It's also a problem that hits far too close to home.

"I don't think I know one person who doesn't know someone who's been affected by cancer in some way," said Wasilchenko, whose mother and grandmother both had cancer. "It's very personal."

Kentucky has the unfortunate distinction of being ranked first in the nation in overall cancer incidence and mortality, with the greatest disparity falling in the Appalachian region of the state. Additionally, the region faces other issues compounding the problem, including lower education rates and a lower socioeconomic status compared to other parts of the country.

Wasilchenko, a freshman majoring in Human Health Sciences at the University of Kentucky, is one of a select group of young students seeking to make a difference in the state's major health problems through the Career Training in Oncology Program (CTOP) at the UK Markey Cancer Center.

Launched in 2016 with a $200,000 grant from the National Cancer Institute, CTOP is a two-year training program designed to prepare UK undergraduate students from Appalachian Kentucky to pursue cancer-focused careers. The program provides its students with research and clinical experience through the cancer center and UK HealthCare.

"This program is focused on some of Kentucky's greatest needs," said Nathan Vanderford, assistant professor in the UK College of Medicine and director of CTOP. "With this program, we're focused on providing enhanced cancer training to our students, so that they can move forward into other higher education programs and ultimately be prepared to go into cancer-focused careers to help address the cancer disparities in the region."

As an NCI-designated cancer center, education and research are key elements in Markey's mission to conquer cancer in the Commonwealth. CTOP offers specific, real-world training to the next generation of health care providers, cancer researchers and cancer education specialists early in their collegiate career: students in the program can begin as early as their first freshman semester.

UK junior Trevor Farmer joined the program's inaugural class in Fall 2016. The Somerset native says he's always known he wanted to be a doctor, and CTOP seemed like a natural fit to help shape his future career.

"I knew I wanted to get involved in undergraduate research anyway," Farmer said. "And I saw that this program had multiple components other than research – it had clinical exposure, shadowing, and outreach, and I knew I was going to be able to do more than just research."

Volunteer work and outreach is an essential component to the program, and provides the students with a firsthand look at how their work can directly impact the people who need it most. Kristin O'Leary, a UK junior from Metcalfe County, studies acute lymphoblastic leukemia in the lab of Jessica Blackburn, an assistant professor in the UK Department of Molecular and Cellular Biochemistry; she's also currently helping put together a community event at TJ Samson Community Hospital in Glasgow, Ky. known as "Mamm's Day Out," where under- or uninsured women over the age of 40 have the opportunity to receive free mammograms.

"I've always been interested in working with cancer and studying it," O'Leary said. "The research I'm doing is giving me so many opportunities, and then the program is helping me work with my community."

The themes of "community" and "giving back" resonate throughout the CTOP curriculum. Wasilchenko isn't the only program member with a personal connection to cancer – several of her classmates have close family members who have dealt with the disease – but many participants weren't fully aware of just how heavy a burden cancer is for citizens throughout Appalachia.

"[This program] has reinforced my drive to want to do this," Wasilchenko said. "I knew I wanted to go to medical school, but I wasn't sure if I wanted to specialize in oncology once I go there. But seeing the real impact and the real implication that it has on people, it's what I want to do."

"I've learned the true magnitude of cancer in Kentucky," Farmer said. "I guess I always knew the high prevalence of cancer, but I never really knew how many people it affected until I got into the lab… something's got to be changed about it. And I think that programs like this, and engaging students who hope to go into medicine or research plays a role towards that goal."

Vanderford himself is a native of Appalachian Tennessee, growing up in a region with similar educational and socioeconomic barriers. He witnessed firsthand the cancer disparities in his community, including the loss of several family members to the disease. Helping these young students understand the severity of the problem – and instilling a drive to do something about it – is a major goal of CTOP.

"I think that the current students in the program were really taken aback by having a better understanding of the disparities in Appalachia," Vanderford said. "Through this understanding, they're beginning to have a deeper desire to help transform their communities in the long run. And ultimately, I think their newly developed mentality will have generational impacts that will help reduce the rates of cancer in the region."

The initial NCI grant funded CTOP for two years, and Vanderford plans to keep the program going through both additional grant funding and philanthropy. He recently submitted a new grant to support the continuation of the program and expand its scope.

Additionally, Vanderford has also launched a crowdfunding campaign to help support the program until additional grant funds are obtained.

"We hope the community will be interested in supporting this program because Kentuckians in general face an enormous cancer burden," Vanderford said. "Investing in our next generation health care providers, cancer researchers and cancer education specialists, will be highly impactful to the region."

CTOP accepts eight students per year. Current UK freshman, sophomores and juniors who are natives of one of Kentucky's 54 Appalachian counties and who are majoring in life or health sciences are encouraged to apply. For more information, contact Nathan Vanderford at nathan.vanderford@uky.edu. 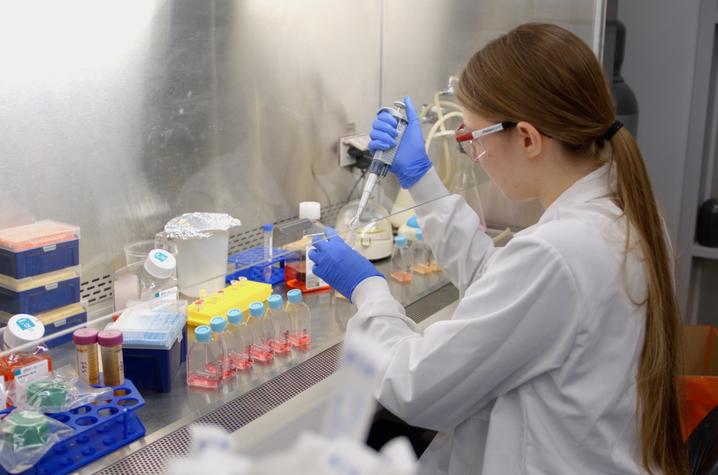 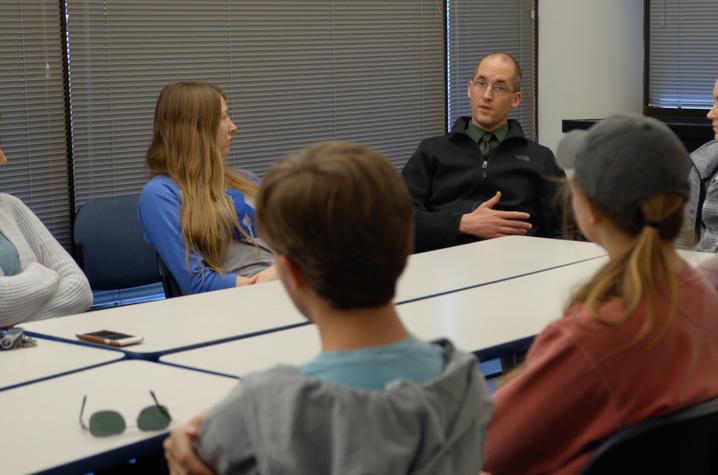 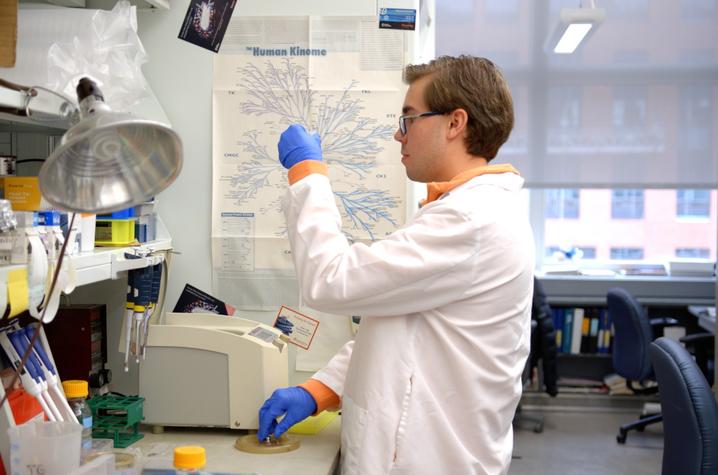