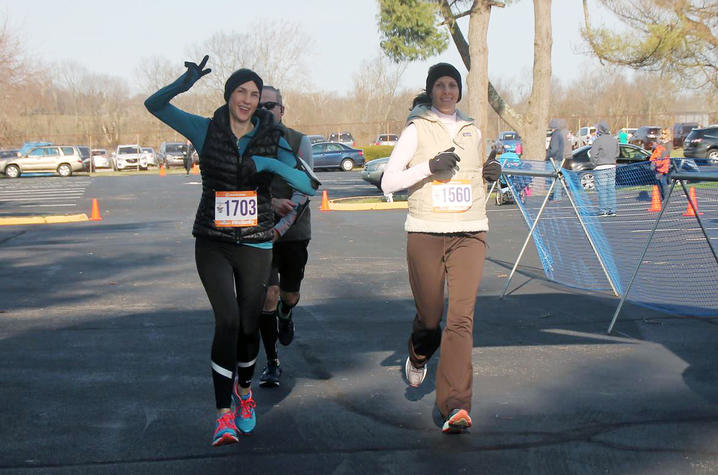 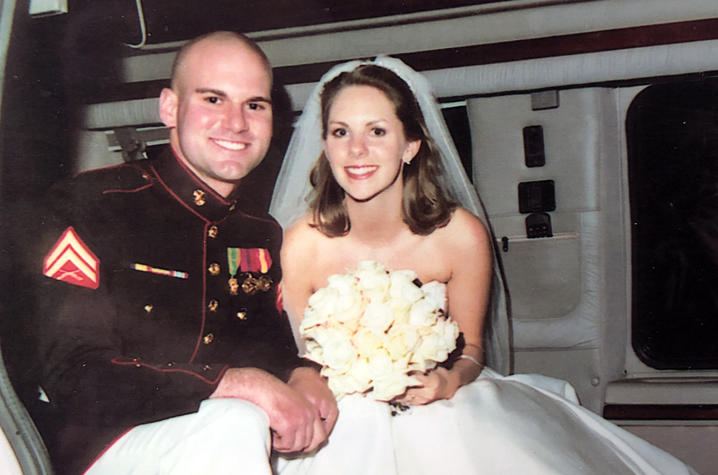 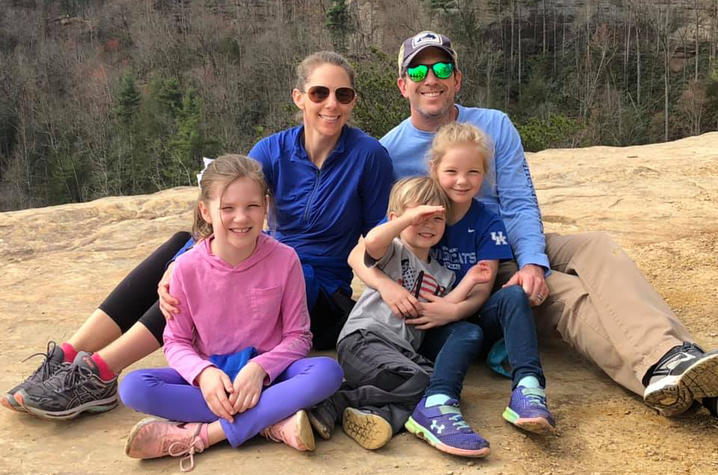 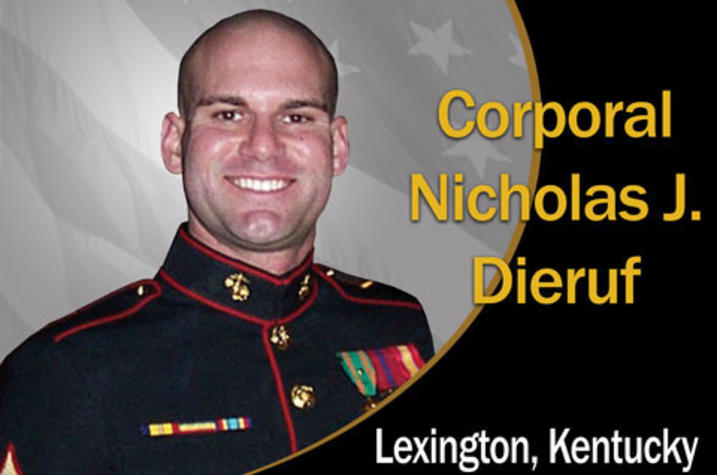 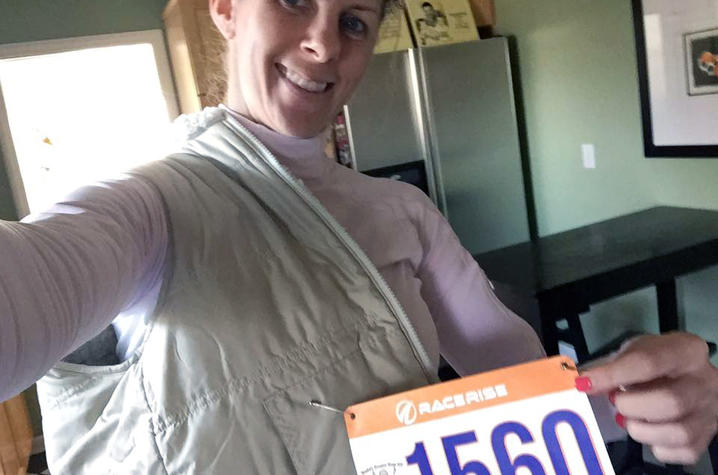 LEXINGTON, Ky (May 24, 2019) — Emily Dieruf Chambers' twin daughters are only seven, but they know Memorial Day is more than a day off school for them and a day off work for their parents. From a very early age, the twins and their younger brother have been taught that the lifestyle they enjoy in this country hasn't come without a cost.

It’s a message Chambers, associate program director in the University of Kentucky College of Medicine's Area Health Education Center (AHEC) and a 2003 UK alum, hopes everyone will remember this holiday weekend by honoring those who have served and especially those who have made the ultimate sacrifice for their country.

In April 2004, Chambers had been a newlywed for little more than three months on the day her world changed. It had been a warm and clear day. It was Good Friday and she was still settling into her home in Lexington after spending time at Camp Pendleton, California, where her new husband had been stationed until he was redeployed just six weeks prior. Around midnight she received a knock at her door. Thinking at first that her husband was home early from Iraq to surprise her, she flung open the door only to find two uniformed officers there to inform her of his death.

U.S. Marine Corporal Nich Dieruf of Lexington was killed in action during Operation Iraqi Freedom on April 8, 2004. He saved his crew by taking a rocket-propelled grenade to the chest during an ambush, killing him instantly. He was buried with full military honors in Lexington the following week.

Since Nich's death, Chambers has been through every emotion.

Being the first casualty of the Iraq war for the Bluegrass area, media coverage of Nich’s death was overwhelming at first for Emily. "Initially, I wasn't pleased with all of the publicity because every time I turned on the TV, I would see Nich and it hurt," she said. Now, she says she realizes it was a hometown doing its best to honor a hero and she's "incredibly grateful" to have the news footage and to know that people wanted to honor his life.

She also had to cope with things that are unthinkable — tangible things such as life insurance — and even more difficult, reimagining and restarting life without Nich.

"I thought, 'now what do I do?' I'm a newlywed of three months, I'm 22 years old and I've just lost my husband," she said. "I'm having to make all these decisions that no one at that age should have to make."

The uncertainty led to action and the starting of the Cpl. Nich Dieruf Memorial Fund in his honor. "The goal of the fund was to help Marine families in the Bluegrass area that needed some kind of financial assistance," she said. Eventually, she connected with USA Cares, an organization based in Radcliff, Kentucky, that did the same thing but included all military service branches and on a national scale.

"Through our works with USA Cares and the Cpl. Nich Dieruf Memorial Fund we really began to heal," she said. I even served on the USA Cares staff and traveled around the country educating people about the non-profit and getting to share Nich's story so it was very fulfilling for my heart and my well-being."

Today, just a few weeks past the 15th anniversary of Nich's death, Chambers' life is much different than her days learning to cope as a young grieving widow. She married a Navy veteran, Dwayn Chambers, in 2008 and they now have a young family with three children.

However, from the moment she said goodbye to Nich, Chambers has worked diligently to never let his life and his service to his country be forgotten.

Through the years this has meant finding ways to raise money for the memorial fund, which is now the endowment of USA Cares. The fund also provided the seed money for a larger and renovated UK Veterans Resource Center (VRC), a center she knows Nich would likely have benefited from had he lived and attended UK on the GI Bill as he had planned.

Along with her dedication to Nich's legacy and raising her twins Harper and Ellie and son Nathan James, Chambers has also committed herself to improving her health. This goal led her to initially eating healthier and starting to get herself into better shape. But then, at the urging and encouragement of her best friend Emily Miller, an avid runner, she ran her first 5K in 2016.  Then, she began participating in more races, longer ones, including the Bluegrass 10K and a half marathon.

Soon, she realized she could push herself even further and she could once again do it for Nich.

On Oct. 27, Chambers will run the 44th Annual Marine Corps Marathon in Washington D.C. After making the commitment herself, she found those around her also wanting to do what they have always done: support her.

"As Emily and I began sharing our story with anybody that would listen or  who asked about our marathon plans, we found folks wanted to do it with us," she said. However, because entries in the marathon are selected through a lottery, the way to get everyone who wanted to participate in the marathon was to form a team through a charity.

Now a team that includes at least 13 members — and growing — will not only run the marathon with Chambers but also raise money in Nich's memory for the Tragedy Assistance Program for Survivors (TAPS), which provides direct support to families who have been impacted by a death in the military.

"It was an easy decision for me to choose TAPS which  gave so much support to me and nothing makes me happier than to have the opportunity to give back to an organization that can help others."

To support Chambers' team, go to: