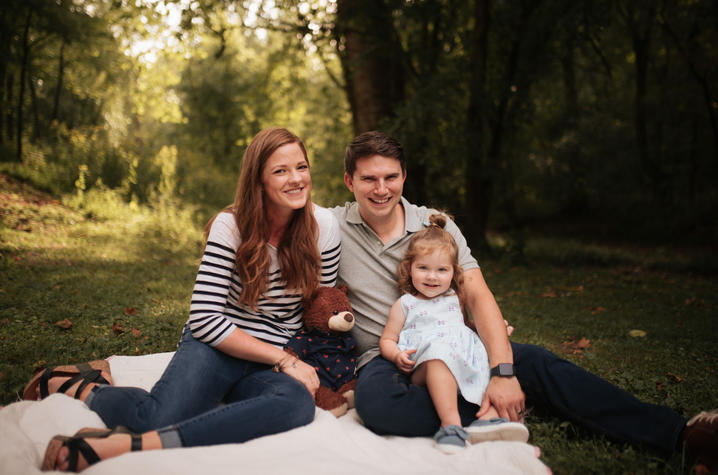 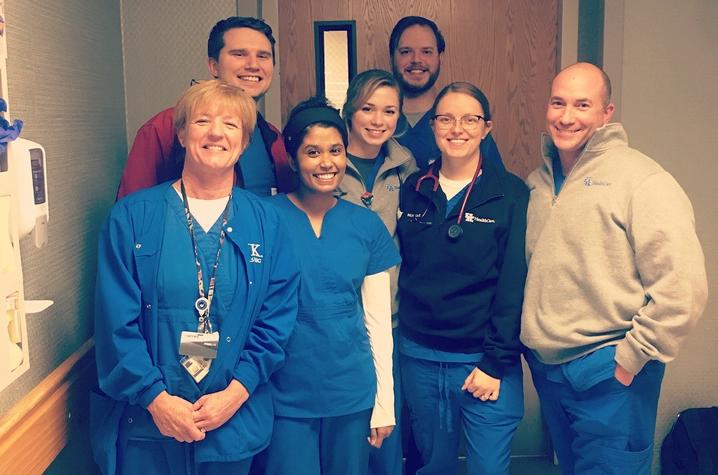 LEXINGTON, Ky. (Dec. 20, 2019) — Graduate from college, find a job, become a husband, a grieving father, and then a college student again is not the average path one takes in their post-grad life. UK grad Roger Dittert says there’s no direct path to finding your passion.

In 2015, Roger and his wife Rebecca were a typical young couple. They’d been married for about two years and were pregnant with their first son. The Ditterts were planning for the change a child would bring to their lives, but there was no way to plan for the turn their lives took.

Rebecca’s pregnancy was healthy and normal until it wasn’t. When she was feeling different one day, they headed to the hospital, and tragedy struck – their doctor couldn’t find a heartbeat. They lost their son on July 10, 2015.

Roger was inspired by the care he and his wife received from their nurse during their time of need.

“She left such a lasting impact on both of us,” said Dittert. “She helped us with true compassion and guided us through our tragedy with expert and sensitive care.”

Along with the gratitude he felt for the nursing staff, he was also dealing with so much grief. Dittert was focused on supporting his wife in the months following the loss of their son. When she brought up nursing school, he was surprised, but it sparked his desire to help people – something he said has always lived inside him.

“I have always wanted to help others, but I was never quite sure what that would look like before I found my place in nursing,” said Dittert.

Once he applied and was accepted, Dittert became a part of the University of Kentucky College of Nursing’s second-degree program. This helped Roger specifically because it was slightly shorter than a traditional nursing program, and he needed a lot of time on his hands. On his first day of nursing lecture, Roger and his wife welcomed their daughter into their family – a sign that his decision to return to school was right.

“For a long time, I felt like I had to carry on and pretend like nothing happened,” said Dittert. “But I will never forget my son and I no longer pretend that he is not a huge part of my life.”

While adjusting to life as a new dad and going back to school is not easy, Roger attributes much of his success to his fellow students. Although nursing school can tend to be competitive, Roger is grateful his class was the opposite. He also is grateful for the college’s supportive faculty.

“There were seemingly never-ending opportunities to receive extra help in a class if someone needed it,” said Dittert. “I felt like every professor I had through the program was invested in the success of all the students.”

College of Nursing lecturer Julia Hall has asked Roger to share his story with her maternity nursing class for the past three semesters. Hall says while it’s an impossible situation, it is important to prepare future nurses for that type of care.

“By opening his heart to others, Roger conveys the message that it is okay to talk about these very difficult situations,” said Hall. “While we may not be able to understand why the babies were unable to survive, we can honor their memories and hopefully healing will occur.”

Roger and his family have been through the impossible together and come out on the other side. He is nothing but grateful to the College of Nursing for allowing him to help others with what changed his life.

Roger said his second chance at college would not have been possible without the CON’s choice to take a chance on him. While his first time through school he felt directionless and didn’t academically perform well, in nursing school he never received a grade lower than a B. He has now accepted a position at UK HealthCare in the Birthing Center.

“Roger is in nursing for all the right reasons. He is the nurse that I want caring for me if I have to be in the hospital,” said Hall.