LEXINGTON, Ky. (Dec. 18, 2017) — Last summer, a group from the University of Kentucky Brain Restoration center, led by Dr. Craig van Horne, professor of neurosurgery, capped off a series of conferences held at a number of renowned Chinese university hospitals by performing the first-ever deep brain stimulation surgery for a Parkinson’s disease patient being treated at The First Affiliated Hospital of Zhengzhou University in Henan, China.

Deep brain stimulation (DBS) surgery involves implanting a device that uses electric signals to regulate brain activity. It alleviates an array of debilitating symptoms of Parkinson’s disease such as tremors, rigidity, and slowness in movement.

Assisted by his group, van Horne performed the groundbreaking DBS surgery for China at the renowned First Affiliated Hospital of Zhengzhou University. As the third most populous province of China, Henan has held historical importance, housing four Chinese capitals throughout history and often is credited as the birthplace of Chinese civilization. With more than 7,000 beds, Zhengzhou University’s First Affiliated Hospital is considered the world’s largest hospital.

The surgery, which appeared on the Henan news, was intended to expand the scope of neurosurgical practice in the area. The team was fascinated by how different regions of China translated to very diverse surgical practices within China. All agreed that the surgery was a critical learning moment; George Quintero commented that it “used all of our abilities by combining different groups’ resources and talents to achieve one goal.”

The UK group visited the Zhengzhou Hospital a day after the surgery to check on the patient. The surgery’s outcome was successful; the patient was able to walk and move more fluidly, and was released from the hospital a few days later. This surgery set a precedent for many DBS surgeries to follow at the Chinese facility. The DBS program at The First Affiliated Hospital of Zhengzhou University has since grown and DBS surgeries are now much more common. As a whole, the process highlighted a newfound optimism and cooperative spirit in tackling a source of symptoms for Parkinson's patients.

This landmark surgery was one major component of UK’s participation in Central China's inaugural Sino-U.S. Neuromodulation Forum held at Zhengzhou University’s First Affiliated Hospital. The forum provided a rare opportunity for researchers, surgeons and others in the medical field from China and the United States to share their experiences through presentations and meetings that specifically explored DBS and neuromodulation. It also facilitated a deeper understanding of Parkinson’s disease from the patient’s perspective: among the group of UK medical professionals who made the trip was Ann Hanley, a person with Parkinson’s disease. In these conferences she not only shared her personal struggles in conquering obstacles presented by Parkinson’s disease, but also inspired doctors in this field through her creation of a research fund for Parkinson’s.

Overall, both the surgery and the forum united two very different cultures of medical and surgical practices. Quintero deemed the experience an opportunity to get a Chinese perspective.

"Because diseases have worldwide impact, seeing medicine from another country’s angle is not only eye-opening, but immensely valuable,” he said.

This trip, made possible with support from the UK Confucius Institute, initiated a relationship between the University of Kentucky and The First Affiliated Hospital of Zhengzhou University, which will subsequently contribute to collaboration between the two universities’ research fellows. 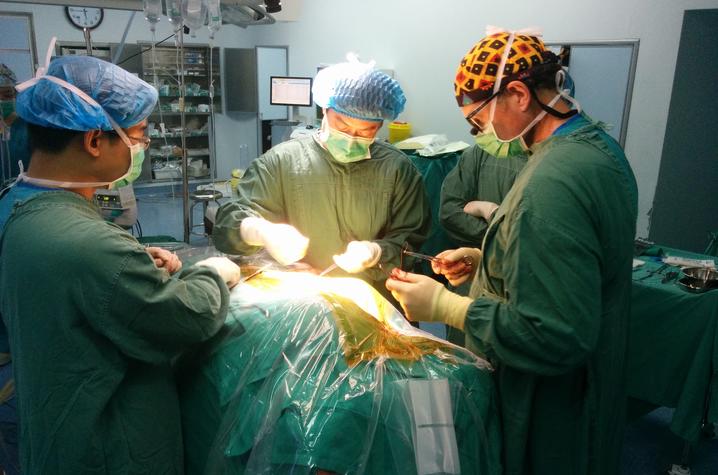 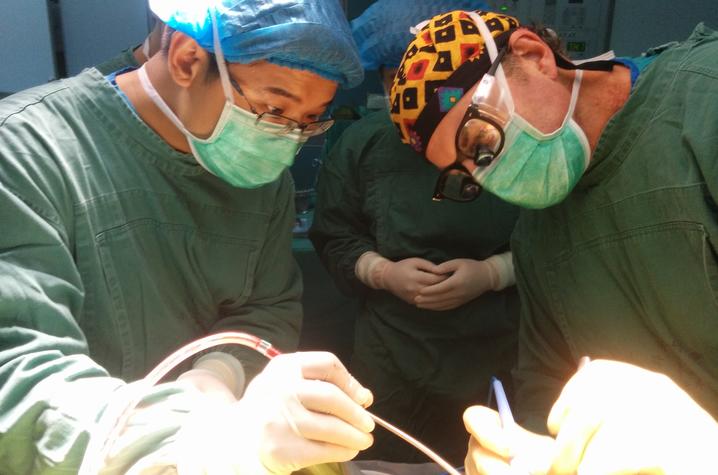 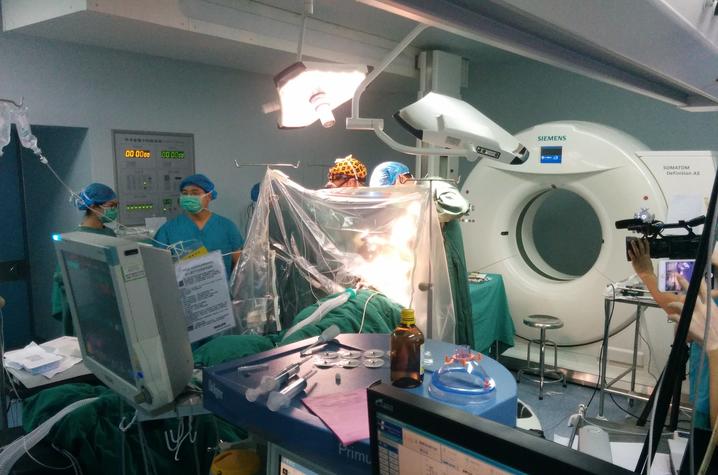