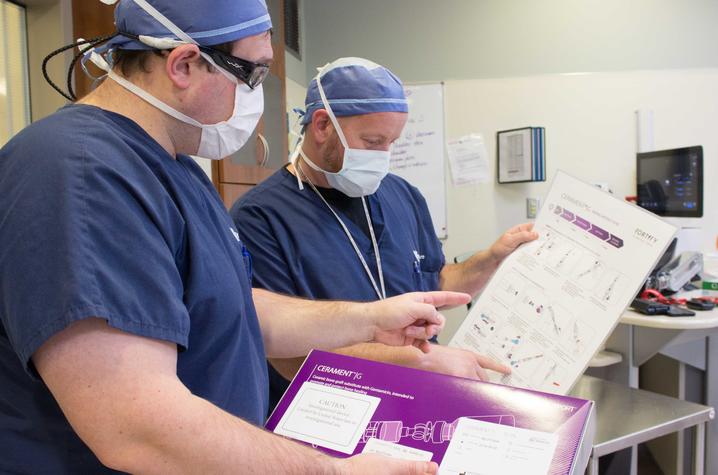 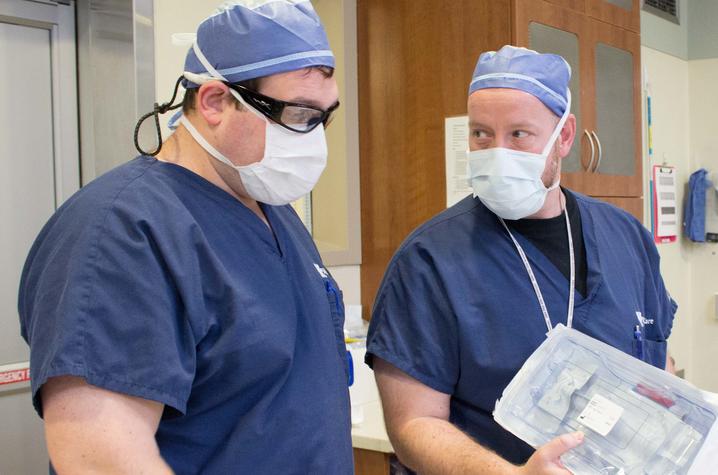 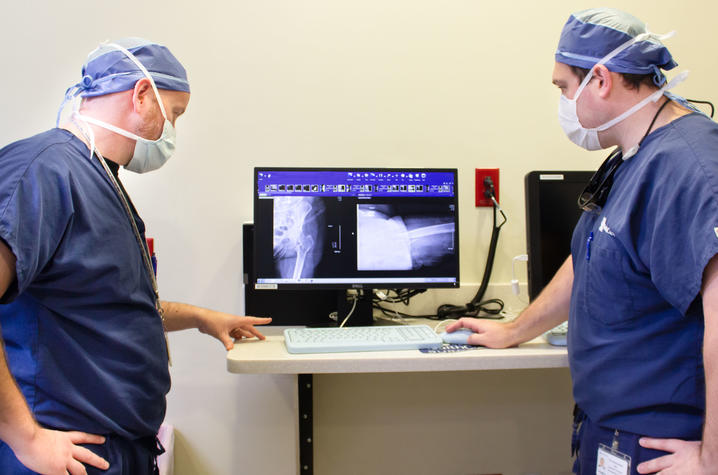 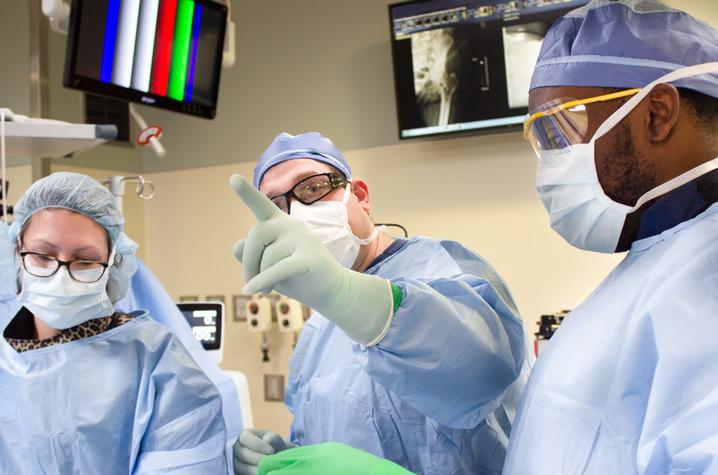 LEXINGTON, Ky. (Nov. 16, 2018) — The Orthopaedic Trauma Service research team in UK HealthCare’s Department of Orthopaedic Surgery and Sports Medicine is comprised of a team that has made a tremendous impact despite being formed less than two years ago. The team, which includes Drs. Paul Matuszewski, Arun Aneja, Eric Moghadamian and Raymond Wright, services one of only two Level-1 trauma centers in Kentucky and is quickly solidifying itself as a leader in the field of orthopaedic trauma surgery and research.

“Trauma patients are unique in that their injuries and surgeries are not premeditated, and trauma is often complicated by a vast array of psychosocial factors outside the injury itself," he said. “Trauma research focuses on working with patients when they are at their most vulnerable state...it involves patient interaction in the emergency room, inpatient ICU, operating room and clinic setting.”

Research efforts by the orthopaedic trauma team have already earned international recognition. At this year’s Orthopaedic Trauma Association’s annual meeting, surgeons, residents and fellows from the team were selected from thousands of applicants to present several abstracts. UK Orthopaedic Trauma stood out as being a top contributor to the meeting. Their topics ranged from smoking cessation in orthopaedic trauma to effectiveness of plates used to fix pilon fractures.

At the meeting, the Division was presented with honors for Outstanding Performance in Screening and Enrollment for its work with the multi-national FORTIFY Clinical Trial, which investigates the use of a bone void filler combined with antibiotics in managing open or compound tibial shaft fractures with bone loss. Of the trial’s 28 sites throughout the world, UK is the leader in enrolling patients. Each patient is then followed for a year after their surgery, a process supported by several cores of the UK Center for Clinical and Translational Science.

Matuszewski also received the Emerging Investigator Award from the Major Extremity Trauma Research Consortium, which carries a $30,000 research grant. This grant will support a collaborative research project with Dr. Brian Noehren, an associate professor of physical therapy in the UK College of Health Sciences and director of the Human Performance Lab. Their research explores psychosocial factors and pain threshold measurements in relation to chronic pain and poor physical functioning. The goal, according to Matuszewski, is to intercept patients who are likely to have poor outcome early-on following an injury to help develop ways to improve physical performance and prevent chronic pain.

The team has received over a quarter million dollars in funding since inception less than 24 months ago. They are currently running seven ongoing prospective trials with four additional trials slated to begin soon. To date, they have enrolled over 300 subjects in some form of prospective investigation, with over 100 subjects going on to participate in randomized, controlled trials, which represent the most rigorous of clinical research.

Matuszewski expressed satisfaction in the team’s rapid success but looks forward to continued discovery, saying, "We are excited that we are growing and hope that we can increase the ‘sea of blue’ at upcoming national and international meetings so we can show the world what we are about at UK.”