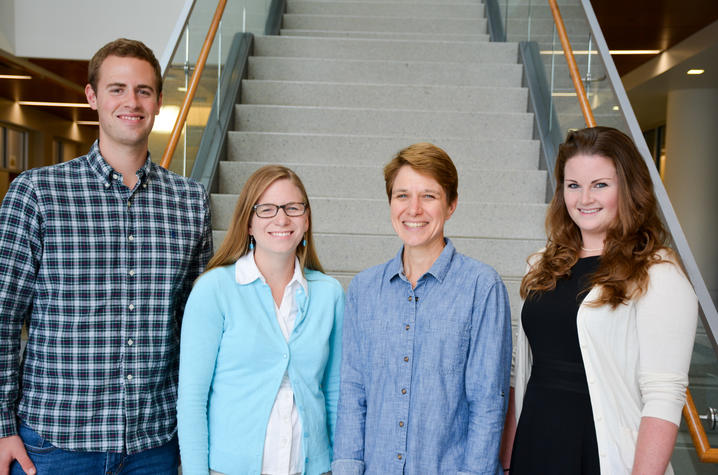 Kentucky continues to lead the nation in incidence and death rates from lung cancer, and the UK College of Pharmacy is committed to reducing these numbers.

Lung cancers are often diagnosed in later stages, with very few treatment options available. Often patients develop a resistance to a targeted therapy, resulting in a need for a variety of therapies that can be administered in stages or coupled together.

Previous work from the group established that a collection of microRNAs — small RNA that plays a role in regulating biological process like growth and proliferation — could predict sensitivity of non-small cell lung cancer cells to erlotinib, a drug that is effective in treating lung cancer in certain patients.

Essentially, microRNA molecules that alter TGFβ activity may prevent a key step in metastasis for cancer progression known as epithelial-mesenchymal transition, and this interaction may also require the activity of EGFR, perhaps unappreciated in the initiation of metastasis.

“Getting the right drugs in the right patients is critical to improving cancer outcomes," said Jill Kolesar, co-director of the Molecular Tumor Board at the UK Markey Cancer Center. "Dr. Black’s work is an important step in predicting which patients benefit most from erlotinib treatment.”

Ongoing work in the Black lab seeks to uncover biomarkers of response and toxicity to new immunotherapeutic agents used in the fight against lung cancer.