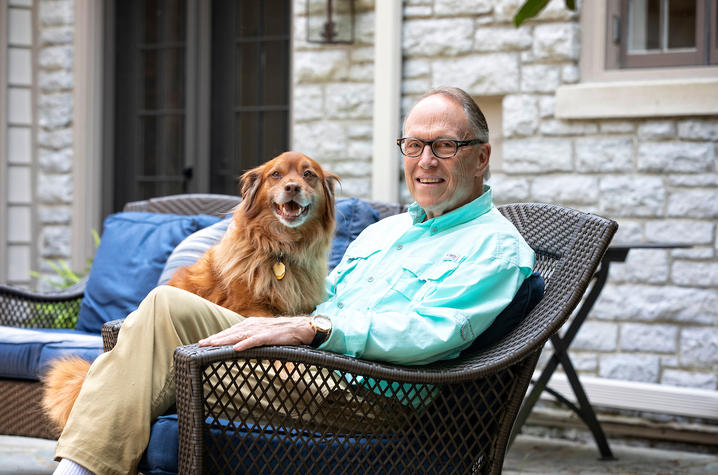 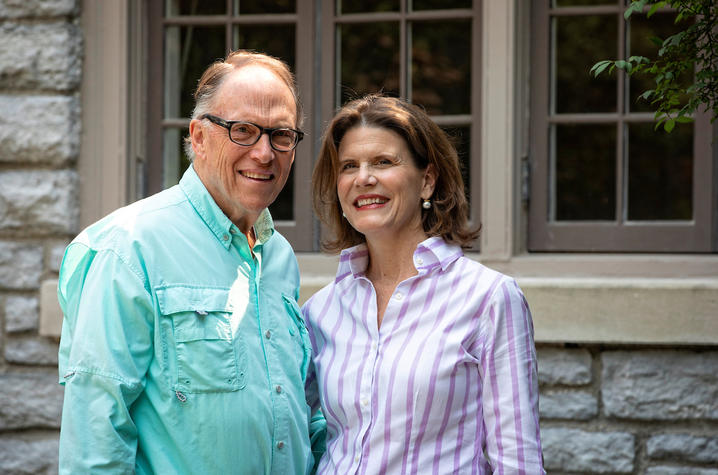 "He'd wake up and not know where he was or what day it was," said his wife, Harriet.

Also troubling: the 69-year old suddenly could not find his way around the golf course he'd played all his adult life.

With each of the four episodes, Harriet and Guy would head to the closest emergency room. Each time, the diagnosis was scary – and yet didn't quite fit.

"We were told a mini-stroke, but they couldn't find evidence of stroke," Guy said. "We were told early stage dementia. At one point, there was a subtle suggestion of psychiatric issues."

But even as Harriet was terrified, she wasn't convinced these were the right diagnoses.

"It was nonsensical; Guy's confusion was episodic, not gradual, and really skill-specific," she said.

In one unusual episode at the grocery store, Guy had the sensation that almost everyone he saw there was familiar to him, but he couldn't place their faces.

"I've lived here all my life," he said. "I know a lot of people, but I knew that somehow what I was seeing wasn't right."

Dr. Terry O'Neill, Guy's UK primary care physician, ordered an EEG to look at the electrical activity in Guy's brain.  The next day, Guy and Harriet met with neuropsychologist Lisa Koehl, Ph.D., for a neurodiagnostic consultation.

Koehl says it's her job to take the brain for a proverbial "test drive," assessing functions including verbal and visual memory skills, attention, language, executive functions (like organizing), and spatial orientation. Typically, she says, a pattern emerges from the data that provides a clear picture of what's going on – and what's going wrong.

In Guy's case, the mild cognitive impairment he was experiencing was transient – like a TIA – but his specific memory deficits weren't exactly what you'd expect with a mini-stroke.

"Often when someone has several TIAs in a row, a bigger stroke is likely to follow, and soon," Koehl said. "That wasn't the case for Guy."

But then Harriet told Koehl that Guy's EEG was abnormal.

"You could practically see the lightbulb go off," she said, "and immediately [Koehl] began asking questions that made sense. I realized that I'd been working off the misconception that all seizures are convulsive, but [Koehl's] questions made me realize that the oddities I'd written off as unrelated, like legs twitching at night, were in fact all signs of seizure."

Koehl spent an hour and a half with Guy and Harriet answering every question and asking a few of her own. She even explained that Guy's strange experience at the grocery store was a sign of an impending seizure called an aura.

"Suddenly, all the pieces fit together," Harriet said. "It was an enormous relief to see that this major, life-changing horror was actually something manageable."

Koehl referred Guy to epileptologist Dr. Ima Ebong at KNI, who prescribed anti-seizure medications. KNI is certified by the NAEC as a Level 4 Epilepsy Center, which means patients have access to all the latest treatments, medical and surgical, with a higher degree of coordination among disciplines.

Ebong says that seizures in most elderly patients can be controlled with anti-seizure medications, although this demographic needs careful attention to dosing, particularly in light of potential interactions with other prescribed medicines (almost 40 percent of patients aged 65+ take five or more medications).

With proper medication, Guy says he's now sharper, his sense of direction has returned, and he's able to work out three to four times a week.

Guy’s case is proof that diagnosis is an art, not a science. It's a common misconception that epilepsy is a "children's disease" most frequently diagnosed at a young age.  However, the incidence rate for those aged 65+ (136 per 100,000) is only slightly lower than for infants (144 per 100,000).

According to Dr. Meriem Bensalem-Owen, Director of the Epilepsy Program at UK HealthCare's Kentucky Neuroscience Institute, about 25 percent of all new epilepsy diagnoses occur in people aged 60 and older.

"Epilepsy in younger populations tends to have a genetic, developmental or infectious cause, but in older populations epilepsy does not typically have the same etiology," she said.

"An epilepsy diagnosis in this demographic most likely has a brain tumor or prior stroke as its underlying cause. "

The real issue, Bensalem-Owen says, is that epilepsy is frequently overlooked in older populations because seizures can have an atypical and/or more subtle presentation that can mimic other conditions.

"Non-convulsive seizures that cause brief lapses of memory loss or confusion may look like 'senior moments;' speech disturbance caused by seizures can resemble a TIA or 'mini stroke,'" she said.  "When we learn about diagnosing disease in medical school, we're taught to look for the proverbial horse, not the zebra. Epilepsy is not a zebra in this population -- it's a horse of a different color."

Meanwhile, the Bradleys were relieved to be able to get some answers and a treatment plan close to home.

"We didn’t need to go to Mayo or Johns Hopkins to get care – everything we need is right here," Guy said.

Part of KNI's mission as a Level 4 Epilepsy Center is to provide educational and psychosocial support for its patients, including a free annual Epilepsy Education Day event in partnership with the Epilepsy Foundation Attendees will learn about self-management strategies, treatment options, the latest science on the use of cannabinoids in epilepsy, among other topics.

The day begins at noon on Saturday, June 8, 2019 with registration and lunch.  There will be free care provided for school-aged children.  For more information or to reserve your space, call Rachel Ward-Mitchell at (859) 218-5053.

UK Board Endorses Strategic Plan With Commitment to Advance Kentucky

Update Your Zoom to Version 5.5 or Newer Before Nov. 1