Watch Midón and Lueke perform "My One and Only Love" at Paste Studios.

LEXINGTON, Ky. (Feb. 19, 2020) — The University of Kentucky’s Singletary Center for the Arts will present celebrated guitarists Raul Midón and Lionel Loueke in the final concert of the 2019-20 Singletary Signature Series, celebrating the center’s 40th anniversary. These internationally renowned musicians will perform 7:30 p.m. Saturday, Feb. 22, in the Singletary Center Recital Hall.

Raul Midón first began his career as a sideman singer and guitarist for artists like Shakira, Jason Mraz, Julio Iglesias and Jose Feliciano. Stepping out into his own work, Midón released his first album, titled "Gracias a la vida," in 1999. He has since released nine more studio albums as a solo artist. Midón has worked to develop a home studio that would allow him to be the sound engineer on his own albums, despite being completely blind. He has received two Grammy nominations for Best Vocal Jazz Album for his 2017 release, "Bad Ass and Blind," and his 2018 release, "If You Really Want."

Determined to defy his financial circumstance, Lionel Loueke began pursuing music as a percussionist at age 9 and began guitar as a teenager. Originally from the West African Republic of Benin, Loueke was passionate in his studies, attending four different institutions including the American School of Music in Paris and Berklee College of Music. In his professional career, Loueke has released 11 albums as a bandleader and over 30 as a sideman. Paul Simon raves that Loueke is "one of a rare handful of guitarists that move effortlessly between his West African roots and modern American jazz," and Sting cites Loueke as "one the most original, essential and inspiring musicians on our planet today.” Loueke has been a Blue Note recording artist and member of Herbie Hancock's band for the past 10 years. Praised by Hancock as “a musical painter,” Loueke combines harmonic complexity, soaring melody, a deep knowledge of African folk forms, and conventional and extended guitar techniques to create a warm and evocative sound of his own.

Tickets for the Raul Midón and Lionel Loueke concert are $18 plus processing fees. Seating is reserved. UK students may claim one free advance ticket with their student ID at the Singletary Center ticket office up through the day before the concert. Tickets can be purchased by phone at 859-257-4929, online at www.SCFAtickets.com or by visiting the Singletary Center ticket office. 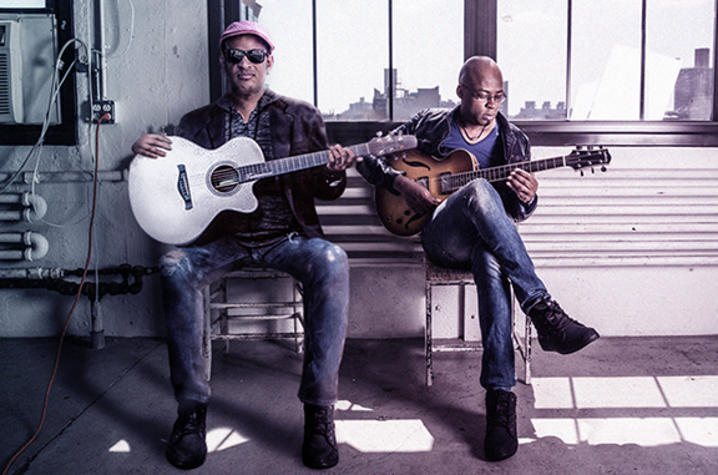