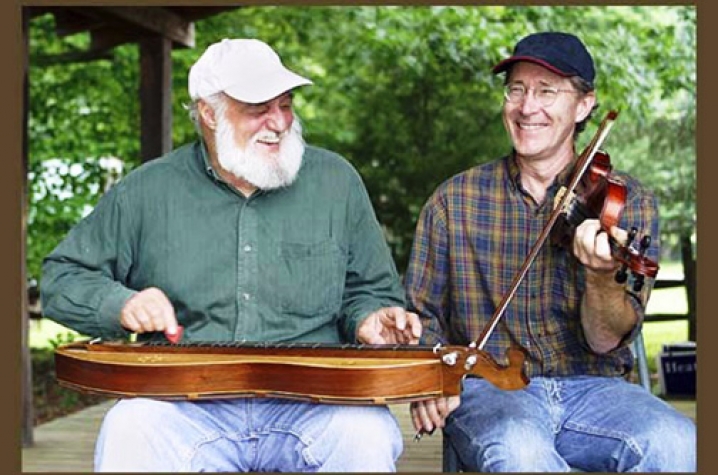 LEXINGTON, Ky. (Oct. 6, 2010) − Traditional mountain music-inspired performers Bruce Greene and Don Pedi will be performing in the next "Appalachia in the Bluegrass" concert. The free public concert is scheduled for noon Friday, Oct. 8, in the Niles Gallery, located in the University of Kentucky Lucille C. Little Fine Arts Library and Learning Center.

Bruce Greene and Don Pedi's music captures the sound, as well as the spirit of traditional mountain music.

Greene immersed himself in Kentucky fiddling during the 1970s and 1980s trying to track down as many surviving fiddlers as he could. When he first started fiddling, his playing mirrored sources that he learned from, but now it has developed into his own unique style, retaining many traditional elements that make his fiddling sound authentic and ancient.

Pedi was born into a musical family in Chelsea, Mass. In the early 1960s, he got involved with the Boston area folk music scene. Around that time, he became captivated by a dulcimer being played by Richard Farina at a live performance in Boston. After talking to Farina, Pedi knew that one day he would play the dulcimer.

While living in the Colorado Rockies in 1973, Pedi met musicians Tad Wright and Keith Zimmerman, from Asheville, N.C. After hearing Pedi play, they invited him to join them in North Carolina. When Pedi first saw the mountains around Harmon Den and Fines Creek, he felt at home and soon moved to Asheville. Recognized for his playing, Pedi has made the dulcimer an accepted instrument in traditional Southern Dance music.

When in concert together, Greene and Pedi share tunes, songs and stories passed down "by ear" from one generation to the next, dating back to before the Civil War. Old time waltzes and marches, dance tunes, as well as secular, sacred and humorous songs and stories of mountain life are presented in a light-hearted and informative manner by two of America's leading folk musicians.

"In addition to being excellent entertainment, live music of this caliber provides a distinguished historical dimension to any event," says Ron Pen, director of the John Jacob Niles Center for American Music, host of the concert.

Known for presenting old time music workshops in a lecture/performance format, the duo also offers hands on classes that range from beginners to those for more advanced players. "Pedi and Greene are gifted performers as well as teachers. They pass on the tradition in a simple and straight forward manner," adds Pen.

To find out more on Bruce Greene and Don Pedi, visit Pedi's website online at www.donpedi.com/Bruce&Don.htm.

The annual "Appalachia in the Bluegrass" concert series, presented by UK's John Jacob Niles Center for American Music, explores and celebrates traditional music of the Appalachian region. A variety of traditional Appalachia music has been represented through the past few years; from old time sounds of a mountain banjo player to blues-infused styles of music. This year's concert series focuses on different types of American folk music celebrating its roots in old time music.

The Niles Center is a collaborative research and performance center of the UK College of Fine Arts, UK School of Music, and UK Libraries. This year's concert series is also sponsored by the Office of the Provost, the Niles Center and the Appalachian Studies Program.

For more information on the Bruce Greene and Don Pedi concert or the "Appalachia in the Bluegrass" concert series, contact Ron Pen, director of the Niles Center by e-mail to Ron.Pen@uky.edu or visit online at www.uky.edu/FineArts/Music/Niles.