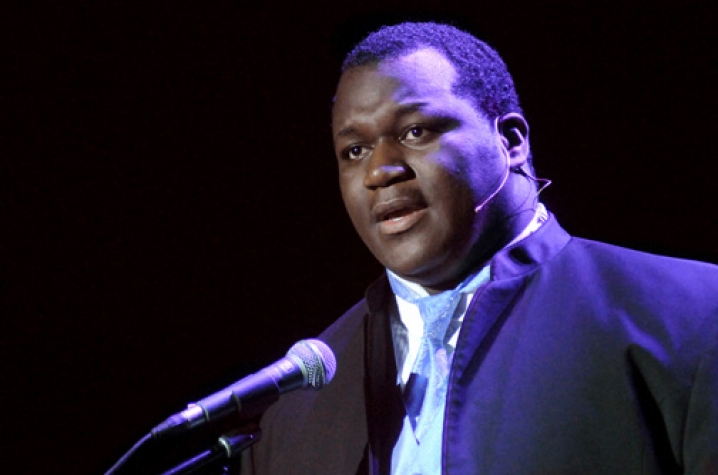 LEXINGTON, Ky. (Nov. 16, 2011) − The curtains will rise on the district's most talented young opera singers at Metropolitan (Met) Opera National Council Auditions (District Auditions) at Memorial Hall this weekend. The auditions, being evaluated by a distinguished judging panel that includes HBO star Anthony Laciura, will begin at 10 a.m. Saturday, Nov. 19.

The Met auditions, which are free and open to the public, are sponsored by the Lexington Opera Society. Thirty participating opera vocalists will be judged by Metropolitan Opera comprimario tenor and "Boardwalk Empire" star Anthony Laciura; Metropolitan Opera soprano and Black Hill State University faculty member Johanna Meier; and celebrated baritone Sherrill Milnes. John Greer, vocal coach and associate professor of voice at University of Kentucky Opera Theatre, will serve as the official accompanist for the auditions.

Milnes, universally acclaimed as the foremost operatic baritone of his generation, will host a masterclass on Sunday. In 2008, he was honored with the Opera News Award for Distinguished Achievement. Milnes previously served on the judging panel at Kentucky's Met Auditions in 2001 and worked with baritones featured in UK Opera Theatre's production Wolfgang Amadeus Mozart's "Don Giovanni" that same year. The class with Milnes, which is free and open to the public, will begin 2 p.m. Sunday, Nov. 20, in Memorial Hall.

The Metropolitan Opera National Council Auditions strive to discover new, exceptional talent while providing a venue for young opera singers from all levels of experience to be heard by a representative of the Met. The program, designed to assist talented young opera singers in the development of their careers, holds annual auditions in 14 regions of the U.S. and Canada.

In addition, the auditions serve to discover new participants in the Met's Lindemann Young Artist Development Program, a program designed to nurture the most talented young artists through training and performance opportunities. The program also provides financial aid and supervised artistic direction for young artists.

The first step in the competition process is auditioning at the district level. Contestants can choose to compete in any district, regardless of their place of residence. Winners of the Kentucky District auditions will advance to the Mid-South Regional finals to be held Feb. 11, 2012, in Memphis, Tenn., where they compete for a trip to New York to participate in the National Semi-Finals in early March. Approximately 10 national finalists are selected to compete in the Grand Finals Concert accompanied by the Metropolitan Opera Orchestra. The Grand Finals Concert is a public concert held at the Met, and will be broadcast nationwide on the Metropolitan Opera Radio Network.

The highly acclaimed UK Opera Theatre program is part of the UK School of Music at the UK College of Fine Arts. For more information on the program, visit online at www.uky.edu/finearts/music/opera.

For more information on the District Met auditions, contact the UK Opera Theatre at (859) 257-9331, or visit online at www.kydistrictauditions.org/currentseason.html.