LEXINGTON, Ky. (Nov. 12, 2018) — As part of its Signature Series, the Singletary Center for the Arts will celebrate 30 years of saxophone studies at the University of Kentucky School of Music with "The Saxophone Summit" featuring dynamic innovators on the saxophone Jeff Coffin and Derek Brown alongside the Osland/Dailey Jazztet and UK Mega-Sax 1. “The Saxophone Summit,” which will start with a performance by the UK Saxophone Quartet, will begin 7:30 Wednesday, Nov. 14.

Globally recognized saxophonist, composer and educator Jeff Coffin is a member of the legendary and iconic American rock group, the Dave Matthews Band. Other music lovers may know him from his 14 years and three Grammy Awards with the genre-defying Béla Fleck and the Flecktones. In addition, he fronts his own groups, the Mu’tet and The Viridian Trio, when not touring with DMB and has released over 10 solo albums.

Coffin is known for his passionate and fiery solos, melodically driven compositions, deep involvement with music education, and continued dedication to the improvisational music art form some call jazz. He is one of the most in-demand saxophonists in the world as well as a first call studio musician in Nashville, Tennessee, where he has lived since 1991. A Yamaha and D’Addario Performing Artist and Clinician, Coffin also teaches at Vanderbilt University, authored “The Saxophone Book,” co-authored ”The Articulate Jazz Musician” and runs his own record label, Ear Up Records. From his 30+ million views across social media to his interviews on international television and NPR’s “Weekend Edition,” Billboard-charting saxophonist/innovator Derek Brown and his one-of-a-kind solo “BEATBoX SAX” project has been exploding across the world music scene. Jazz journalist Scott Yanow noted "Brown performs unaccompanied solos that occasionally make one recall Bobby McFerrin in his early prime and the great saxophonist Eddie Harris … utilizing slap-tonguing, circular breathing, a wide interest in musical styles and dazzling coordination to create rather unique music."

Previously the director of jazz studies at Abilene Christian University for six years, Brown now lives and performs in Chicago. He plays in various bands and projects around the area and throughout the world. Crossing genres from jazz to classical to funk, without looping or electronic effects, Brown’s one-of-a-kind playing style must be seen to be believed.

The UK Saxophone Quartet, directed by Adjunct Professor Lisa Osland, will open the concert with a performance of "Perceptions for Saxophone Quartet." The work, composed by Ted Nash, was commissioned by the UK Saxophone Studio. A Grammy Award-winning artist, Nash enjoys an extraordinary career as a performer, conductor, composer, arranger and educator.

The Osland/Dailey Jazztet will join Coffin and Brown for “The Saxophone Summit.” Formed in 2006 by a group of celebrated UK School of Music educators and alumni, the band includes Miles Osland, director of UK Jazz Studies, on woodwinds; Associate Professor Raleigh Dailey, on piano; instructor Danny Cecil, on bass; and instructor Paul Deatherage, on percussion. The quartet’s music is an update of the jazz tradition with influences ranging from jazz fusion to free improvisation.

In addition, UK Mega-Sax 1 will also get in on the action at “The Saxophone Summit,” which is the culminating event of a 30th anniversary celebration of Osland’s UK Saxophone Studio. The university's Mega-Sax program was established by Osland in 1989. The program is composed of Mega-Sax ensembles performing in quartets and quintets, with and without a rhythm section.

Tickets for “The Saxophone Summit” are $15 plus processing fees and sales tax. Tickets can be purchased from the Singletary Center ticket office by phone at 859-257-4929, online at www.scfatickets.com, and in person at the venue. Free advance tickets for UK students with a valid ID are available at the Singletary Center ticket office up to the day before the concert during operating hours. 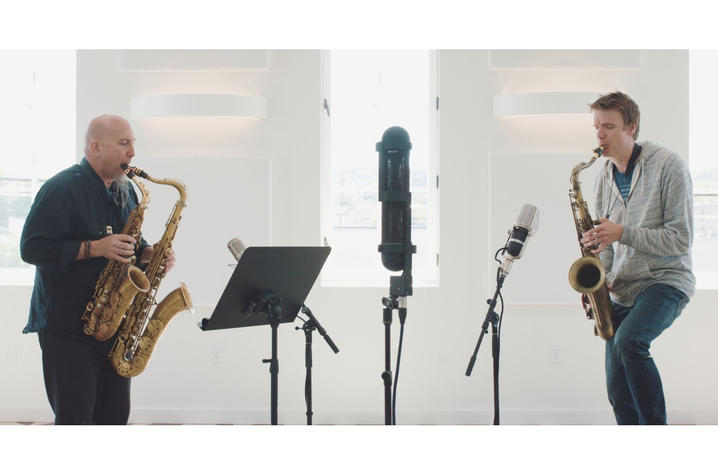 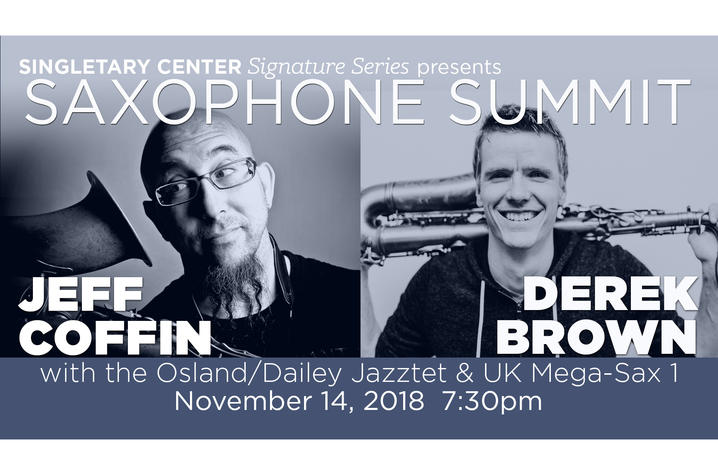