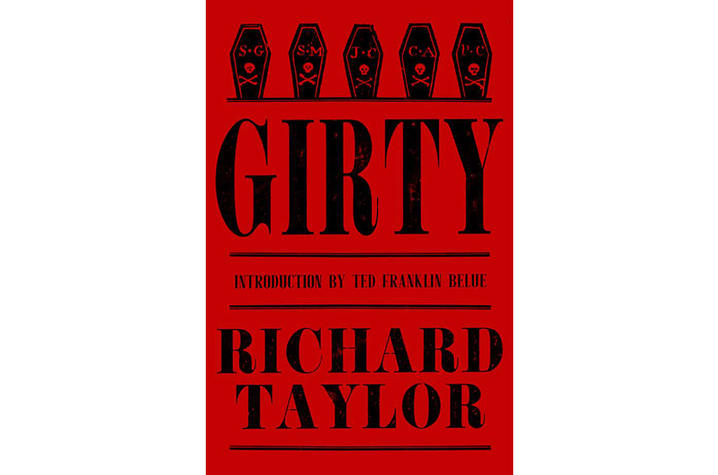 Author Richard Taylor received a bachelor’s degree and a doctorate from the University of Kentucky and was a Poet Laureate of Kentucky.

Along with Arnold, Girty was one of the most hated men in early America. The son of an Irish immigrant, he was raised on the western Pennsylvania frontier and captured by the Senecas as a teenager, living among them for several years.

This frontiersman might be viewed today as a defender of Native Americans, but in his era, he was branded as a traitor for siding with First Nations and the British during the American Revolutionary War. He fought against Continental Army forces in the Ohio River Valley and won the bloody Battle of Blue Licks.

Written by University of Kentucky College of Arts and Sciences graduate Richard Taylor with an introduction by Ted Franklin Belue, “Girty,” published by the University Press of Kentucky, artfully assembles a collage of passages from diaries, travel accounts, and biographies to tell part of the notorious villain's story. Taylor uses the voice of Girty himself to unfold the rest of the narrative through a series of interior monologues, which take the form of both prose and poetry.

Moments of torture and horrifying bloodshed stand starkly against passages celebrating beautiful landscapes and wildlife. Throughout, Taylor challenges perceptions of the man and the frontier, as well as notions of white settler innocence.

"Mr. Taylor has gone the other direction and raised Simon Girty from a monster into a myth,” writes the Register of the Kentucky Historical Society. “That's quite an achievement, and Mr. Taylor has done it with surpassing eloquence. ‘Girty’ is a reader's feast in more ways than one, for in addition to Mr. Taylor's fine craftsmanship and artistic talent, the reader will appreciate the fact that ‘Girty’ is both interesting and a pleasure to read."

Girty's bloody exploits and legend made him hated and feared in Kentucky and the Ohio River Valley, but many who knew him respected him for his convictions, principles and bravery. This evocative work brings to life a complex figure who must permanently dwell in the borderland between myth and fact, one foot in each domain.

Taylor received a bachelor’s degree and a doctorate from the University of Kentucky and was a poet laureate of Kentucky. He is a professor of English and the Kenan Visiting Writer at Transylvania University, as well as the author of many books, including “Earth Bones.”