Watch the official trailer for "Get Rolling with Otis" above.

LEXINGTON, Ky. (Oct. 8, 2021) — University of Kentucky art studio alumnus and celebrated illustrator and book author Loren Long is having a momentous autumn. Just weeks after the release of the picture book “Change Sings: A Children’s Anthem,” which he illustrated for New York Times bestselling author and presidential inauguration poet Amanda Gorman, the New York Times bestselling illustrator will see his own children’s book character Otis come to life on the TV screen on Apple TV+.

Based on Long’s Penguin Random House book series, “Get Rolling with Otis” will premiere globally on Apple TV+ today (Friday), Oct. 8. The animated adventure series from 9 Story Media Group and Brown Bag Films welcomes young viewers to Long Hill Dairy Farm, home to Otis the Tractor (voiced by Griffin Robert Faulkner) and all his friends. Viewers new to the Otis series are sure to fall for this small tractor with a big heart for helping friends in need.

“I’m very proud the character I created that models kindness and empathy in my Otis books will have his own television show, 'Get Rolling with Otis,' on Apple TV+,” Long said.

Kentucky audiences may find it interesting that Otis was inspired by a tractor on a Lexington horse farm where the author worked during college. UKNow sat down with Long in 2019, on the 10th anniversary of his books series, and learned quite a bit about the beloved character.

“Probably my book that I'm most proud of is ‘Otis’ — ‘Otis the Tractor.’ Because I both wrote and illustrated ‘Otis,” Long said. “… I love the challenge of writing. I'm proud of those because it was my creation. And it kind of came about organically. It was a story that my wife sort of made up, and it was a friendship between a tractor and a little calf. The calf gets in trouble and the tractor saves the calf.”

His wife may have helped Long come up with the story, but the depiction of Otis was influenced by his job during college. For a couple summers, Long worked at Walnut Hall Stud Farm on Newtown Pike, where he weed-eated and mowed in the morning, and in the afternoon, toward the end of the summer, he baled hay. It was there that he also took turns driving a little Ford tractor.

“The front end of it inspired Otis. I made the decision to make him have a single wheel on the front as opposed to the two wheels, and I named Otis after my favorite character from ‘The Andy Griffith Show’ — Otis Campbell,” Long said. “I just thought it was such a great name for a hard-working character — loves his country, loves to work hard and play hard. I just thought Otis the Tractor just had a ring to it.”

And for those looking to add to their collection of books illustrated by Long, “Change Sings” is an essential addition. In the much-anticipated first children’s book by Gorman, a young girl leads a cast of characters on a musical journey where they learn they have the power to make changes in the world, their communities and themselves. Long’s rhythmic images perfectly complement Gorman’s inspiring lyrical text.

Long is the author and illustrator of the New York Times bestselling picture books “Otis,” “Otis and the Tornado,” “Otis and the Puppy,” “An Otis Christmas,” “Otis and the Scarecrow” and “Otis and the Kittens.” He is the #1 New York Times bestselling illustrator of President Barack Obama's picture book “Of Thee I Sing,” Matt de la Pena’s “Love,” the re-illustrated edition of “The Little Engine That Could" by Watty Piper and “Mr. Peabody's Apples” by Madonna. Long's new edition of Clement C. Moore’s “The Night Before Christmas” is a modern, more inclusive take on the classic. His most recent works include Gorman’s “Change Sings” and “Someone Builds the Dream” by Lisa Wheeler.

To hear and read more about Long’s time at UK, check out UKNow’s 2019 interview with the author and illustrator at: https://uknow.uky.edu/arts-culture/how-uk-alum-loren-long-painted-his-own-way-success. 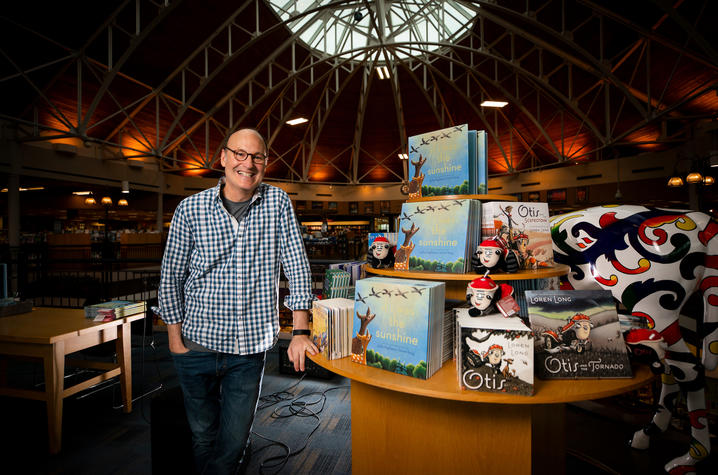 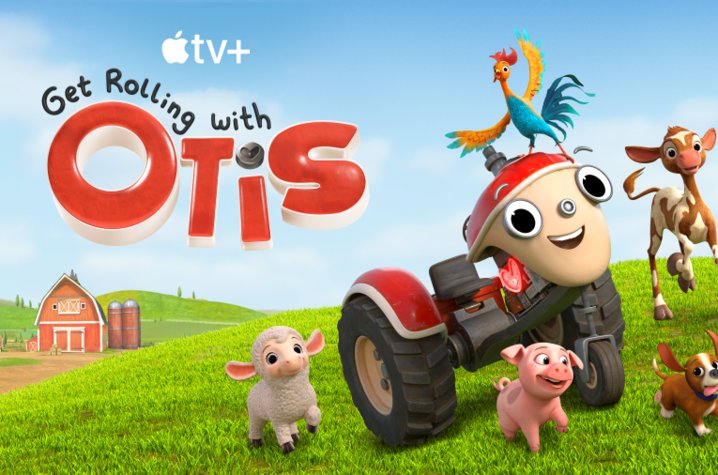