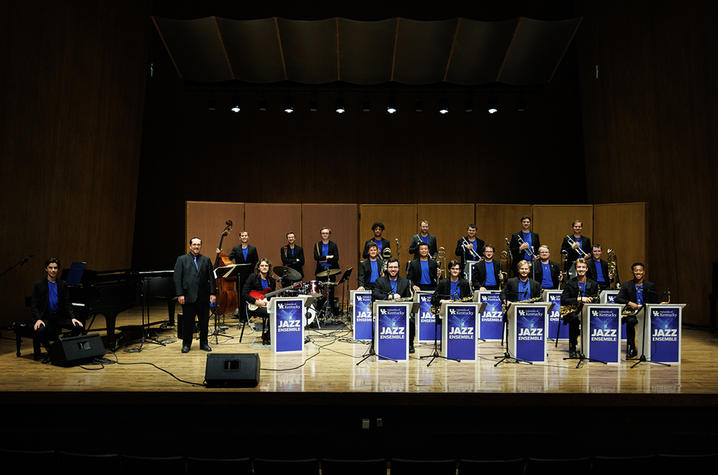 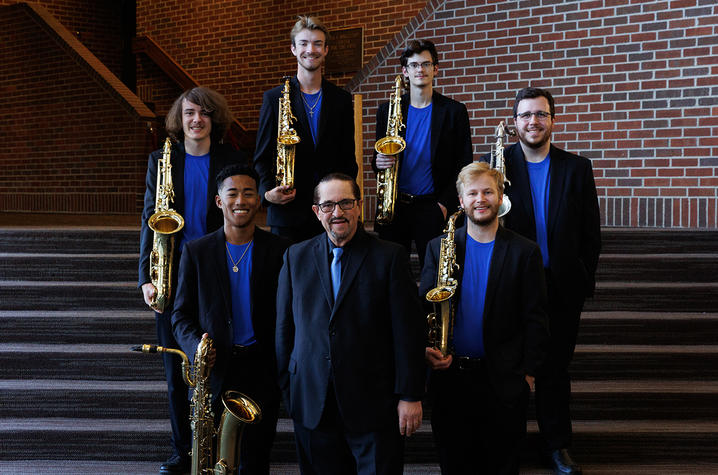 LEXINGTON, Ky. (Jan. 4, 2023) — The spotlight continues to shine on the University of Kentucky jazz program. After the recent recognition of Miles Osland, director of UK Jazz Studies, with a DownBeat Lifetime Achievement Award, the UK Jazz Ensemble and Mega-Sax have accepted an invitation to perform at The Jazz Education Network Conference running Jan. 4-7, in Orlando, Florida.

UKNow recently caught up with Miles Osland as they prepared to leave for JEN to find out more about this most recent recognition.

UKNow: What is the significance of JEN?

UKNow: What does it mean for the UK Jazz Ensemble and Mega-Sax to be chosen for JEN’s conference?

Osland: The competition is fierce to be invited to perform at JEN. Only a handful of groups get chosen to perform at the university level in different categories (it's an international competition). It's truly a real "feather in the cap" for UK and the Jazz Studies program.

UKNow: What will the students participate in while there?

Osland: The UK JazzCats (a sextet comprised of students from UK Jazz Ensemble) will perform Thursday morning (Jan. 8) as part of the JENerations Jazz Festival. This group is directed by Raleigh Dailey.

Mega-Sax performs Thursday afternoon (Jan. 8). Specifically for the event, I commissioned two new pieces for the group by composers Derek Brown and Rick Hirsch. These performances will be the world premieres of the pieces. Rick Hirsch will also be our guest artist on the concert.

The UK Jazz Ensemble is the feature ensemble Friday morning on the Jazz Visions Stage. Dr. Raleigh Dailey will perform with us — we will premiere a new piece of his written specifically for the JEN conference titled “Brighter Times.”

We were also chosen as the ensemble to premiere one of the pieces written for the JEN Commission Program by Turkish composer Mehmet Sanlikol. It's a challenging piece written with an 11/8-time signature. The band is KILLIN' IT! Also performing with us will be tenor saxophonist Bob Mintzer and trumpeter Vince DiMartino (my predecessor at UK).

And while we are at the conference, the students will have some free time to attend concerts, lectures, master classes and tour the exhibit area.

UKNow: What do you hope your students take away from the JEN experience?

Osland: Besides representing UK in the highest manner, the students will have the chance to listen to other outstanding ensembles and professional performers from around the globe.

UK Jazz Ensemble, under the direction of Osland, has toured the Midwest and South including performances in Chicago, Cincinnati, Dayton, Columbus, Louisville, Notre Dame, Tennessee, Georgia, and invitational performances at the International Association of Jazz Educators Conference and the Midwest International Band and Orchestra Clinic. In 2011, UKJE and the Osland/Dailey Jazztet toured France, Switzerland and the Netherlands, performing at the world’s most prestigious jazz festivals.

Osland established the Mega-Sax program at UK School of Music in 1989. The program consists of Mega-Sax ensembles performing in quartets and quintets, with and without a rhythm section. It is Osland’s intent to increase the awareness of this musical genre through live performances and recordings by Mega-Sax. The top Mega-Sax group has enjoyed featured performances at the Elmhurst Jazz Festival, the New England Saxophone Symposium and a standing room only concert at CAV Nite Club in Providence, Rhode Island. The group has also been featured with Greg Abate at the Blue Wisp Jazz Club in Cincinnati, Ohio, and performed in concert with Sony Latin recording artist Ed Calle.

Mega-Sax’s debut recording, “We Don’t Need No Stinkin’ Rhythm Section,” was chosen to be featured on the Jazz South Radio Show, which is broadcast on more than 250 NPR stations across the globe. The recording was also recommended for a Grammy nomination by Sea Breeze Vista Records and received a four-star review from DownBeat.

UK Jazz Ensemble and Mega-Sax are part of the School of Music at the UK College of Fine Arts. The school has garnered a national reputation for high-caliber education in opera, choral and instrumental music performance, as well as music education, music therapy, composition, theory and music history.