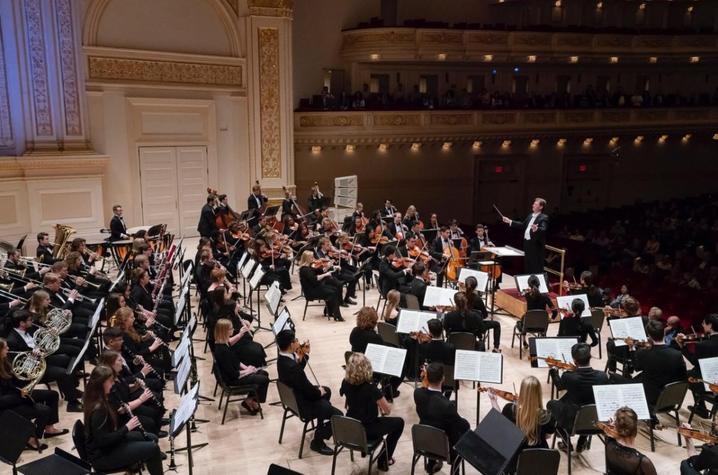 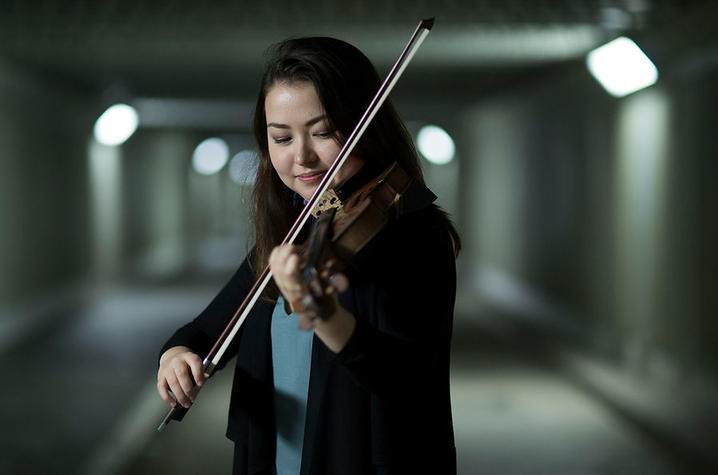 LEXINGTON, Ky. (Sept. 20, 2022) — The University of Kentucky Symphony Orchestra (UKSO), under the direction of John Nardolillo, has announced its 104th season of concerts. The orchestra will return to the concert hall with Maurice Ravel’s “Bolero” and Hector Berlioz “Symphonie fantastique” Sept. 23, at the Singletary Center for the Arts. The 2022-2023 UKSO season will continue with several Kentucky premieres as well as works from several living composers including composer-in-residence Salina Fisher.

To close out the Fall 2022 semester, UKSO will present Samuel Barber’s Violin Concerto and Franz Schubert’s Symphony No. 9 “The Great.” This program will also feature another Kentucky premiere, Florence Price’s “The Oak.” This concert will begin 7:30 p.m. Thursday, Dec. 1, at the Singletary Center.

UKSO will open its spring semester with three works by composer in residence Salina Fisher: the U.S. premiere of “Kintsugi” and the Kentucky premieres of “Murmuring Light” and “Tupaia.” This concert will also feature William Walton’s Viola Concerto and Sergei Prokofiev’s Suite from “Romeo and Juliet.” The concert will begin 7:30 p.m. Friday, Feb. 3, at the Singletary Center.

The following month, UKSO will perform with guest violinist Jennifer Koh. Koh will play the Kentucky premiere of Missy Mazzoli’s “Processions” Violin Concerto. This concert will also include the Kentucky premiere of Outi Tarkiainen’s “Songs of the Ice” and Sergei Rachmaninoff’s Symphonic Dances. This concert will begin 7:30 p.m. Friday, March 3, at the Singletary Center.