Watch a teaser for "Burning Kentucky" above.

LEXINGTON, Ky. (July 22, 2019) — In an industry where the Center for the Study of Women in Television and Film has reported only 4% of 2018's top 100 grossing films were directed by women, University of Kentucky theatre alumna Bethany Brooke Anderson is among those talented female filmmakers working to break the trend in Hollywood.

A proud Kentuckian — and Wildcat — Anderson decided to tell the story she wanted to see when the world of acting couldn't feed her soul. And now, seven years later she is reaping the accolades of her debut writing and directing project — "Burning Kentucky."

Set in the hazy mountains of Eastern Kentucky, the film centers on a young woman searching for the missing pieces of a mysterious event that killed her family. When the truth is revealed, the protagonist must choose between the love of a man or avenging her blood.

This past weekend, "Burning Kentucky" was featured at Louisville's Flyover Film Festival. Now it travels to Lexington's Kentucky Theatre on July 25 before heading to Paducah's Maiden Alley Cinema for multiple screenings July 26-30.

UKNow recently caught up with Anderson, a Lexington native, to ask her more about her passion project.

UKNow: When did you first realize you wanted to tell stories with your life?

Anderson: For as long as I can remember. I was home schooled until middle school and my upbringing was very creative and free. My imagination was my best friend. I knew it was my calling very early in life.

UKNow: Why did you choose UK for college?

Anderson: I grew up knowing it was where I would be lucky to go. I loved being home in Kentucky for college with so many of my close friends.

UKNow: Do you have any particularly fond memories (performance or otherwise) of your time at UK?

Anderson: I was in every main stage theatre production while I was there, which was wonderful. But by far my favorite times were while researching for and premiering a role in Silas House's play "The Hurting Part." This is where my love of Appalachia grew from a spark to a fire.

UKNow: Were there any mentors you had at the university that were important on your journey?

Anderson: Nancy Jones was my biggest mentor. She took me on the road with an experimental play called "Moliere's Women." I just remember her allowing us to be so involved in the process of building the world of the play. She gave us so much freedom to have a voice in our work. It made me see my future in writing and directing.

UKNow: Tell us about the decision to move to California after school and what that was like.

Anderson: My decision to move came fast and sure. I knew I could go fully into storytelling or fully out. There was no in between for me. I was terrified. I knew no one there and had no money. All I had was two servings of stubbornness and a fire in my belly to chase what I knew was my calling.

UKNow: What made you want to write/direct your own script?

Anderson: I started by pursuing acting. I was living in Los Angeles, going to auditions every day, and finding myself on sets that didn’t inspire me.

When I realized I wanted to focus on making good work and not just working, I fired my agent, stopped going to casting calls, stayed home and wrote.

I told myself, fake it until you make it. I was delusional enough to believe I could make my own movie, and I held onto that delusion until it was done.

UKNow: What made you choose to focus on telling a story set in Kentucky?

Anderson: So many reasons. Firstly, Appalachian culture has always mystified me. The music, beauty of the mountains, the strength of the people. I feel like there are endless important stories born in Kentucky.

Secondly, I knew these amazing artists and UK alums like Lauren Argo and Dara Tiller, who were back home in Kentucky creating beautiful work and being dedicated to their craft in ways my LA peers were not. I wanted to give them opportunities to be seen by the world.

Then there is Kentuckians' natural storytelling ability, incredible resourcefulness and willingness to support one of their own. This is vital, especially for a grassroots indie film like this.

I want to make my first three feature films in Kentucky. Perhaps all of them.

UKNow: Tell us about the process of bringing "Burning Kentucky" from the page to the screen.

Anderson: The process took seven years from writing to where we are now. It was the hardest thing I’ve ever done. Not one leg came easy. Not one penny without long hours.

We shot the first portion in 2014. Then again at least four other times between then and now. Raising money and shooting what we could. Rinse and repeat.

Even now around every corner I learn something new and terrifying about having my own film on my shoulders.

Overall, we shot for 30 days. We did over 15 different edits of the film over the span of a year. And even now, in our festival circuit and in the process of selling our film, there isn’t a day that goes by that I’m not working on it.

UKNow: We understand it was important to you to have Kentucky be part of the story in a significant way. Can you talk about all the ways Kentucky and its people, businesses, communities are represented?

UKNow: What is it like to see your own story come to life on screen?

Anderson: I have yet to attend a screening of the film where I don’t get physically ill. It’s just the most vulnerable experience I’ve ever known. A world that represents me and everyone I love in every frame with all its beauty and imperfections. It’s the most terrifying and rewarding thing I’ve ever done.

UKNow: The movie is already garnering awards at film festivals. What is it like to see your work recognized at this level?

Anderson: The awards were completely unexpected every single time. I’m not sure I’ve fully even processed them yet. But they were a wonderful reminder that all our hard work has not been in vain. And to see audience resonate with our voice is so gratifying.

UKNow: You are bringing "Burning Kentucky" back to the Commonwealth for several screenings. What does it mean to you to see it screened at Kentucky Theatre and other state venues?

Anderson: Showing a movie of my own in the Kentucky Theatre has been a dream of mine since I was a little girl. My biggest motivation is for Kentucky to be proud of us.

UKNow: What do you hope audiences, particularly Kentucky ones, take away from the screenings?

Anderson: I hope our audience can feel our love for Kentucky. This is not an easy story to tell. I don’t think the best ones are. But I hope they take away an empathy for humanity.

UKNow: What other film festivals and screenings are on the horizon for "Burning Kentucky"?

Anderson: We can’t announce this yet! But we have a few more festivals coming up in our circuit and a premiere in LA before our big release at the end of the year.

Stay tuned to our social media for updates!

UKNow: After "Burning Kentucky," what's your next project? Will it have Kentucky ties?

Anderson:  My next movie is called "I’ll Fly Away." It’s based on Lenore De Pree’s memoir "90 Brothers and Sisters," the true story of Galilean Children’s Home in Corbin, Kentucky, during the '40s.

It was written by the daughter of the man who started the orphanage. My film is an adaption of this tell-all memoir regarding the famous orphanage and the rumors of abuse that circulated for years to come.

After I read the memoir, I knew this was going to be my next movie. My Corbin native writing partner, Schann Mobley, and I flew to Michigan to meet De Pree. The three of us went through the entire book as De Pree recounted exactly what happened inside the children’s home many years ago.

Shooting for "I’ll Fly Away" will begin in 2021, and I will be back in Kentucky for another round of auditions. As I did with "Burning Kentucky," I will prioritize giving opportunities to Kentuckians in my future films.

UKNow: Now that you are seeing "Burning Kentucky" come to movie screens around the country, what advice would you give aspiring actors, writers or directors wanting to follow in your shoes?

Anderson: Mark Duplass has this amazing quote that I basically live by, “The Cavalry isn’t coming.” No one will save you. No one is going to lay your opportunities down in front of you. YOU are the Cavalry. You build for your dreams. You decide when they happen. When that sunk in, I stopped asking for permission, and I got to work.

The Lexington screening of "Burning Kentucky" at the Kentucky Theatre July 25 will start at 7 p.m. with a red carpet. The screening will follow at 7:30 p.m. Following the film, Anderson will be joined by several of the cast members for a Q&A session. Tickets for the screening are $16.75 and can be purchased here. 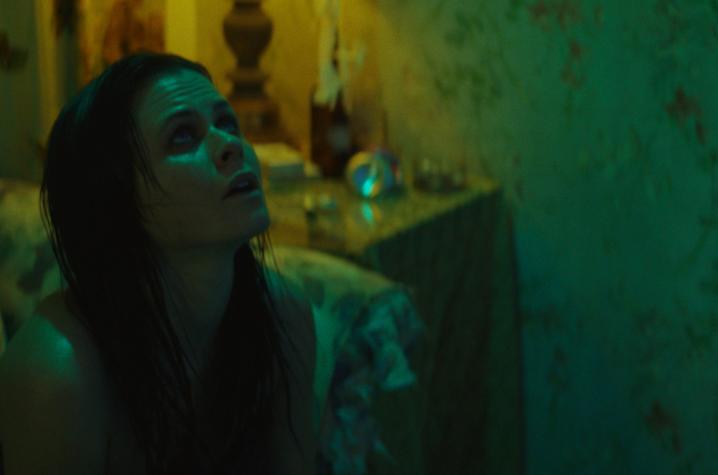 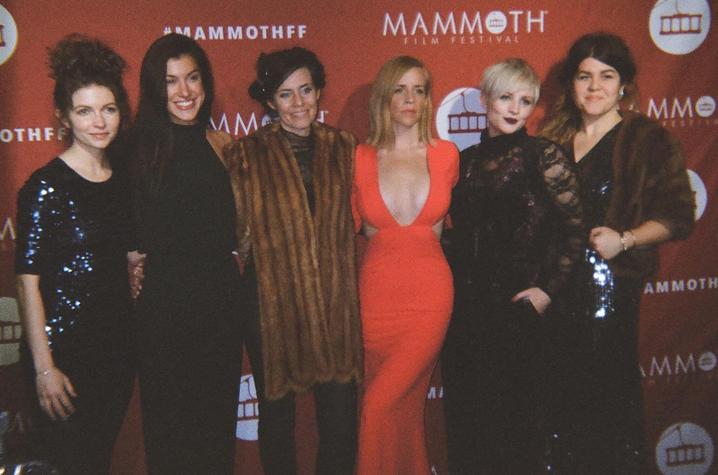 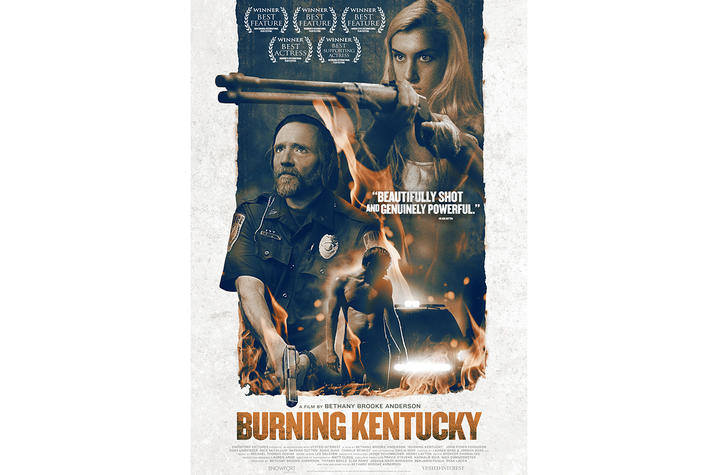 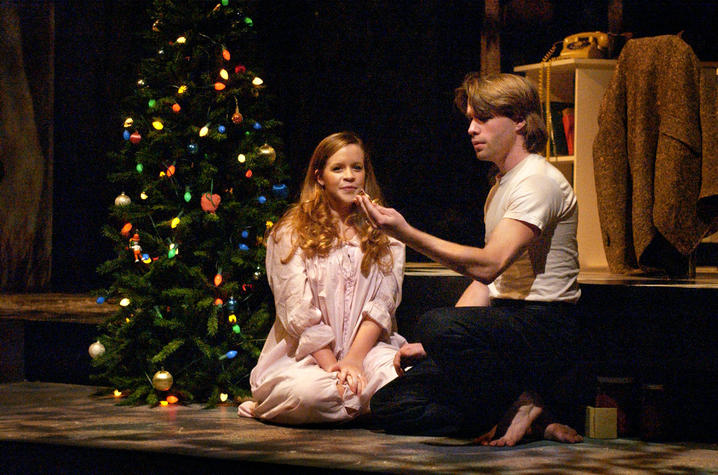