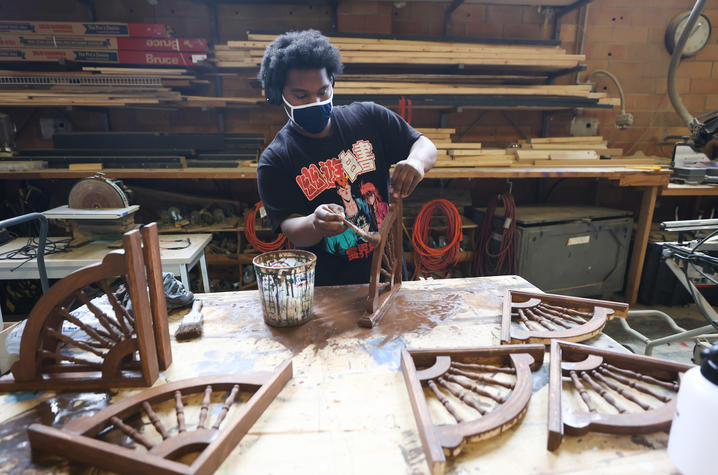 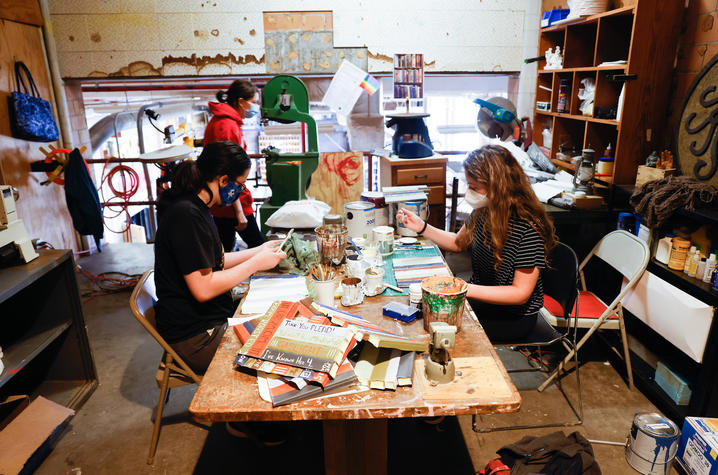 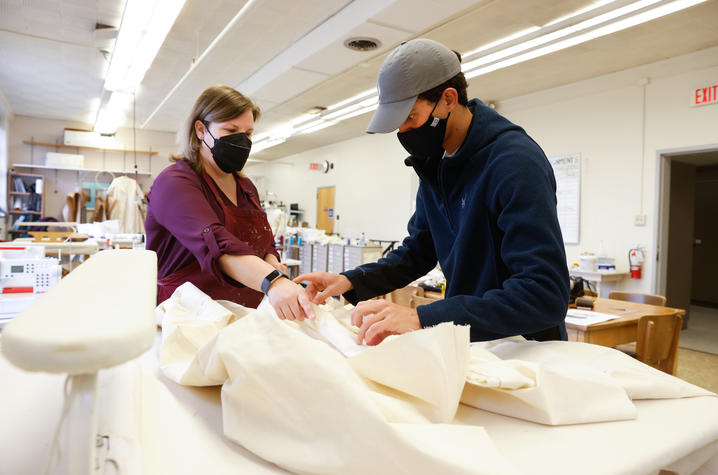 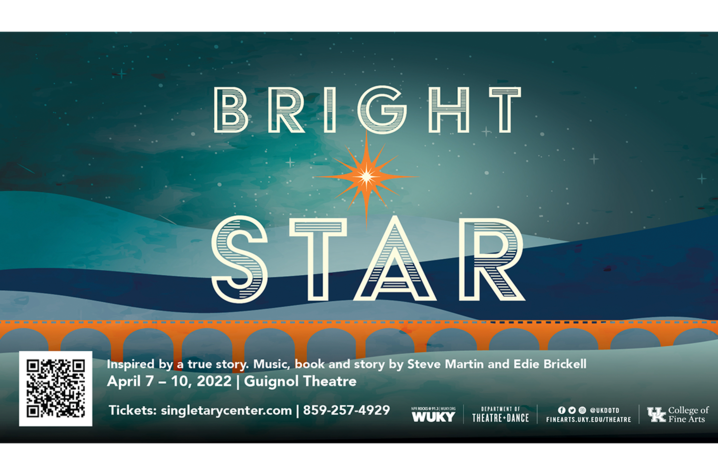 Inspired by a true story, and featuring the Tony-nominated score by Steve Martin and Edie Brickell, "Bright Star" tells a sweeping tale of love and redemption, set against the rich backdrop of the American South in the 1920s and ’40s.

The University of Kentucky Department of Theatre and Dance will present this powerful story to next week, with four performances of the musical taking place April 7-10, at UK's Guignol Theatre.

“There is amazing symmetry for me as director of ‘Bright Star’," said Stephen Wrentmore, lecturer in the UK Department of Theatre and Dance. "I was about to start our production of ‘A Midsummer Night’s Dream’ when we closed the campus because of COVID-19 (in 2020). Now, two years later, an outstanding team of faculty and guest artists, student performers, designers, technicians, and stage managers are ready to open our show. ‘Bright Star’ is a smart, emotional and entertaining love story across time. It is inspired by the true-life story of the Iron Mountain Baby and is told through an ensemble cast and a Bluegrass soundtrack. It feels like coming home.”

Mason Fryman, a UK senior theatre major playing “Daddy Murphy” in the production, noted while the last two years has been hard, he and his fellow students are excited to bring this musical to the campus and local community.

"We as a cast have endured so much with COVID, and the weather, and since the beginning of this show, we have been working so hard to make this piece come to life," he said. "There are so many of us that come together to make this beautiful story, and it's really awesome seeing that, through all the trials that life throws at us. We want to put on such a lovely show and show the community what we have to offer."

When literary editor Alice Murphy meets a young soldier just home from World War II, he awakens her longing for the child she once lost. Haunted by their unique connection, Alice sets out on a journey to understand her past — and what she finds has the power to transform both of their lives. With beautiful melodies and powerfully moving characters, the story unfolds as a rich tapestry of deep emotion. An uplifting theatrical journey that holds you tightly in its grasp, "Bright Star" is as refreshingly genuine as it is daringly hopeful.

With music composed by Grammy, Emmy and Academy Award winner Steve Martin and Grammy-winning artist Edie Brickell, "Bright Star" demonstrates how one secret can change the course of your story. Taking inspiration from the true story of the “Iron Mountain Baby” in 1902, the collaboration between Martin’s book and Brickell’s lyrics brings audiences back to North Carolina at the end of World War II with flashbacks to 1923. When Alice Murphy, the strong-willed editor for the Asheville Southern Journal, hires the ambitious, yet naive, young Billy Cane, she develops a strange liking to the soldier and his writings. This unexpected connection prompts flashbacks to 1923 and events in Alice’s young, carefree life in Zebulon, North Carolina, that she has struggled to completely understand. In her desperate search for answers, she uncovers a truth that will change both of their lives. Her story of love, heartbreak and hope takes audiences on an engaging journey of the human spirit and perseverance.

“Love can often be expressed in a way that makes you cringe. You feel like it’s corny somehow. We hoped that we could express it in a way that would inspire authentic feelings," Brickell said about the show.

Performances for "Bright Star" begin at 7:30 p.m. April 7-9, and 2 p.m. April 9 and 10 at the Guignol Theatre in the Fine Arts Building, 465 Rose St. in Lexington. Student tickets are $15 and general admission tickets are $20, plus processing fees. Tickets can be purchased online at scfatickets.com, or through the Singletary Center ticket office at 859-257-4929.

More information is available at https://finearts.uky.edu/theatre-dance/events/bright-star.