LEXINGTON, Ky. (Feb. 23, 2018) — With the pomp and circumstance of the 2018 Winter Olympics Closing Ceremony just around the corner, you may have already noticed the important role music plays in this celebrated worldwide spectacle of athletics.

In addition to being part of the opening and closing festivities, music is used in competition on the ice, fills the slopes and bobsled center, and often brings a tear to the eye of even the most hardened champions on the medal podium as their nation’s flag is raised and they hear the familiar sounds of their national anthem play.

While the relationship between music and sports events has existed for a long time, only recently has research endeavored to understand the connection. One of the scholars pursuing this area of study is University of Kentucky alumnus John Michael McCluskey, chair of the Department of Music at Shorter University in Rome, Georgia.

UKNow caught up with McCluskey, who earned both his master’s and doctoral degrees in musicology and ethnomusicology from the School of Music in the UK College of Fine Arts. We asked McCluskey — who previously researched the impact music had on college football in his dissertation “Music as Narrative in American College Football” — if he could offer insight into the relationship music might have with the Olympics.

UKNow: Your doctoral research in musicology at UK examined the relationship between football and music, what drew you to the topic?

McCluskey: There were two big factors. One, my undergraduate degree is in music education, and I initially planned to be a marching band director before I decided to become a musicologist. Two, I love college sports, and I figured if I was going to be spending the next several thousand hours working on a single project, it might as well be on a topic I particularly enjoy.

UKNow: Why do you think there isn’t extensive research yet on the relationship of sports to music?

McCluskey: Well, the research on music and sport is becoming more extensive by the day, but the process has lagged behind a number of other musical intersections (such as film and videogames) that have seen a boom in research over recent decades. This is in part because my particular field — musicology — initially focused on mostly Western classical music, but the field’s scope began to open dramatically about 50 years ago to include many other varieties of music. The musical language of film is largely centered on Western classical traditions, including orchestral music, so it is not surprising that musicologists incorporated that medium into their research fairly quickly before looking to other musical topics, such as popular music and music and sport.

UKNow: Your doctoral research referred to the soundscape of a college football game. Do you see many similarities in the use of music at the Winter Olympics?

McCluskey: There are certainly some parallels between the soundscapes of the Winter Olympics and college football, such as patriotic/nationalistic displays bookending each event and broadcasts that use stirring orchestral music to create a sense of heroism and timelessness.

Of course, with the Olympics each sport has its own distinct soundscape. Most of the outdoor sports do not have a live musical presence, especially during the actual “event,” such as when someone is skiing down a slalom or shooting down the luge. Some events, such as cross-country skiing and the biathlon, require athletes to cover significant distances outdoors, where the majority of the sounds they encounter are created by their own movement or by nature.

On the other hand, indoor events such as ice skating have much more active soundtracks, with ice skaters organizing their full routine around specific musical selections. In short, there are many similarities, but the sheer number of sports in the Olympics means there is more soundscape diversity.

UKNow: What similarities does a nation’s anthem and a school’s fight song hold in athletic events?

McCluskey: Both national anthems and fight songs are symbols that establish identity. If you wanted to extend the analogy, college football games contain both school-specific and pan-institution musical selections, usually referring to fight songs and the national anthem, respectively. These allow spectators/fans to establish solidarity between all football fans by appealing to their patriotism while also establishing a fan group's particular identity as supporters of a single institution, such as UK.

At the Olympics, John Williams’ Olympic theme represents a sort of pan-national identity that includes athletes and spectators from around the world. Each country’s national anthem would function as a “fight song,” representing the specific identity of individual countries.

UKNow: Would you call a national anthem a celebratory tool, like a fight song? If so, why?

McCluskey: The national anthem is used as a celebratory tool, certainly, but that is not its fundamental function. The problem with comparing national anthems to fight songs is that national anthems adopt so many different meanings depending on their performance context, which explains the controversy relating to national anthem protests over the past year. Americans disagree whether the song represents the idea of the United States, the military, our elected officials, and/or has some other layer of meaning. (Musicologist Mark Clague has done research on the national anthem, and some of his work is available at http://starspangledmusic.org.)

UKNow: Your research explores the use of a school song as a post-game ritual. Would you describe that being similar to the celebratory nature of the medal ceremony and the use of anthems there? Or do you see something different?

McCluskey: In the context of post-game rituals, fight songs connect the events of a single game to the larger history of the institution and the athletes/fans that support it. Medal ceremonies effectively do the same thing, celebrating the victory of an individual athlete or team of athletes as a nation’s accomplishment. One obvious difference is that in college football the hosting institution controls the post-game soundscape, while at the Olympics’ medal ceremony only the gold medalist’s national anthem plays.

UKNow: In addition to the use of anthems, most athletic events use popular music between actions on the ice/snow, or field in the case of football, to provide flow. Can you describe how the Olympics uses music as cues to the audience and to provide flow to an event?

McCluskey: Flow is a concept defined by Mihaly Csikszentmihalyi that describes the way that we experience particularly engaging activities. When someone experiences “flow,” they become so engaged in an activity that they can lose track of time and/or their surroundings, and the business of entertainment is to keep audiences in the state of “flow” as much as possible.

As a general rule, downtime is the enemy of flow, so sporting events will fill downtime with musical activity. Of course, some musical selections are more effective than others at accomplishing this goal, and a lot depends on athletic context, audience demographics and other similar factors. NBC wants to maximize the drama of the event, so they will try to use musical selections that create tension and/or frame the athletes as larger-than-life heroes. To that end, John Williams — who famously wrote the heroic themes for “Superman” (1978) and “Star Wars” (1977), among many other films — wrote the “Olympic Fanfare and Theme.” As such, audiences can easily connect the sonic symbolism from these cinematic heroes to the Olympic athletes. This creates a sense of scale and mythological significance that keeps audiences plugged into the event and watching, even through commercial breaks!

McCluskey: Pre- and post-game music and ceremonies are about contextualizing the sports. These spaces allow audiences to celebrate patriotism, ideals and institutions, largely regardless of what happens during the actual game. The opening and closing ceremonies tend to operate the same way: celebrating the hosting nation’s culture while also appealing to other pan-national ideals.

UKNow: Finally, do you find any similarities between the use of music/video packages at games from school marketing offices to NBC’s coverage of individual athletes leading up to coverage of an event?

McCluskey: Yes, absolutely. I imagine that if someone who had no awareness of sports watched this video on the UK men’s basketball game against University of Alabama (produced by UK Athletics Sports Video and Media Relations Departments) and this video (produced by NBC Sports) previewing the Pyeongchang Olympics, they would not be able to distinguish between which athletes were amateurs and which were professional. At the Power Five conference level, college athletic departments have enough resources and assets to be effectively professional in every way except for paying athletes. School marketing offices have the resources to produce professional-level advertisements, so it is no surprise that college athletes appear to be professionals to audiences. As much as I love UK athletics, I find this professional framing so effective that I have to remind myself that our athletes are just 18- to 22-year-old students who also play sports, even though my research requires me to be aware of this distinction.

What’s next for McCluskey in this growing field of research? He is currently working on a project on a viral online parody song that became a popular piece in marching bands’ repertoire. McCluskey is also publishing his UK dissertation as a book. And in 2019, McCluskey will publish an article in American Music on music’s role in constructing masculine ideals in college football. 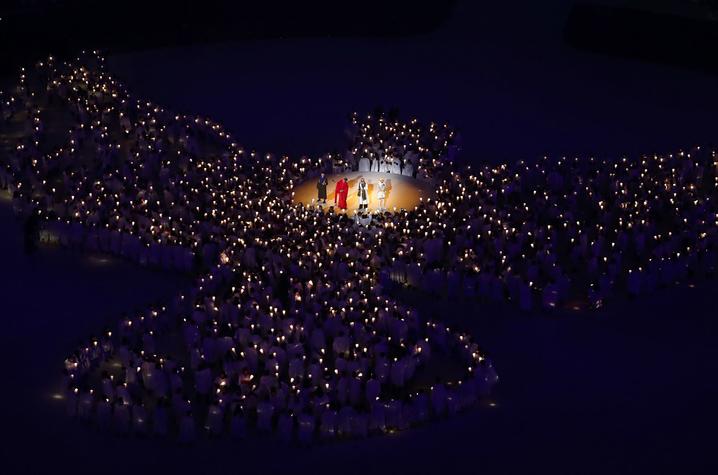 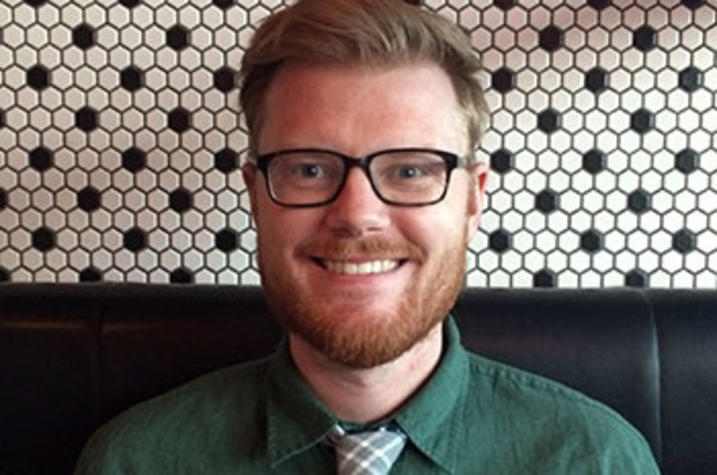