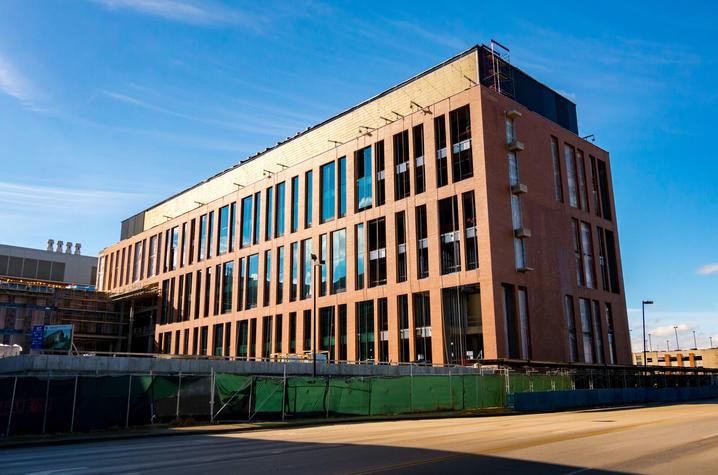 In the waning hours of the state legislative session several days ago, budget conference committee members made a strategic – and potentially transformative – investment in the health of the Commonwealth.

Legislative leaders designated $40 million in bonds – $20 million each of the next two years – toward our work to fight health disparities in Kentucky. The investment was part of the two-year budget put forward by the General Assembly that is being considered and debated in the final hours of the session.

We all know the sad statistics. In too many ways – from cancer to heart disease, drug abuse and addiction to diabetes – we have some of the most daunting health conditions and outcomes in the country.

But it doesn’t have to be that way. We can be a healthier state and, as a result, a more prosperous one. Our legislative leaders recognize the power of strategic investments in UK to help make that change possible. With this investment, we would do three primary things:

This investment would represent a continuation of our partnership with the state at this facility, which will be focused on Kentucky’s most significant health challenges. Initial funding for the facility was $265 million, half being achieved through philanthropy, the other half from state funding.

The truth is we are at a critical moment, an inflection point in our efforts.

Over the last several months, I’ve had encouraging and lengthy discussions with legislators about how we can leverage state support to make a tangible difference in the challenges that matter most to Kentucky. It’s been an area of deep interest among virtually every legislator I’ve been engaged with in recent months.

At almost the same time as those discussions were ongoing, members of Congress – led by Majority Leader Mitch McConnell – continued large investments in federal research with a $3.1 billion increase in funding for the National Institutes of Health (NIH). This represents an increase of more than $7 billion, or 23 percent, Congress has made in the NIH since 2016.

Much of that funding is aimed at confronting the health disparities – like opioid abuse and drug addiction – that impact Kentucky and our country. We can and should be competitive for that funding.

And this past week, the Rx Drug Abuse and Heroin Summit in Atlanta – founded through the visionary leadership of Kentucky Congressman Hal Rogers – gathered 3,000 researchers, federal, state, local and non-profit officials. Those gathered heard National Institutes of Health Director Dr. Francis Collins and Dr. Nora Volkow, Director of the NIH’s National Institute on Drug Abuse, announce a new front in the fight against opioid abuse.

The HEAL Initiative – Helping to End Addiction Long-Term – will accelerate research efforts around prevention, addiction treatment and overdose reversal. The initiative is being supported by a $500 million increase in the NIH budget for opioid and pain research. This coming year, more than $1 billion will be spent on these efforts.

It’s an alignment of efforts and investments against an epidemic ravaging Kentucky and much of the country.

In short, members of the state legislative conference committee saw an opportunity to further leverage the federal investment taking place for progress at the state level. They reached out to us with the simple, but profound question: how can we make the greatest impact with a significant but targeted investment?

Our answer was to invest in what we know is working. Our efforts are making a difference.

We’ve impacted cancer rates through increased screening. We are successfully treating more patients, with more complex illnesses, than at any time in our history. And we are developing interventions and approaches to issues like opioid abuse that have incredible potential for stemming the tide of this epidemic.

We know what success on this critical front looks like. We know that strategic and targeted investments can make a lasting difference. Policymakers at the state level are betting on us to expand our efforts to help and heal across Kentucky.

I believe that investment – and the work so many of you are involved in – can and will save lives and change communities and the Commonwealth for the better.