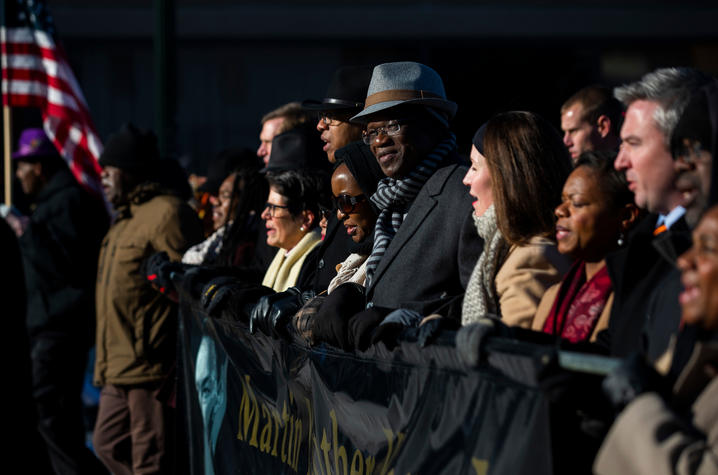 This year marks the 50th anniversary of Lexington’s annual citywide observance of the Martin Luther King Jr. holiday, making it one of the oldest such programs in the country.

"This storied event has been praised by media commentators and several of our illustrious speakers as ‘one of the best in the country for its consistent record of presenting thoughtful, timely and creatively uplifting programs," said Chester Grundy, MLK Day event chairperson since 1974. “We look forward to celebrating with our community and invite everyone to come together on Jan. 16.”

The MLK Holiday Observance in Lexington provides an opportunity for the community to come together to honor King’s legacy of freedom, justice, peace and equal opportunity for all Americans. The annual march and program draws participation of several thousand people from across Central Kentucky and beyond. The theme of the 2023 MLK holiday observance is "MLK Holiday 50th Anniversary: A Half Century Of Lighting Candles Of Hope Against The Threat Of Darkness."

The MLK Holiday Observance is a free public event designed to “inspire the better angels of our nature” as the community unites to elevate King’s vision and legacy.

The program keynote speaker this year is David Hall, president of the University of the Virgin Islands. Hall is also a distinguished legal scholar who is recognized internationally for his contributions to legal scholarship on race, social justice, leadership and constitutional law. The internationally renowned youth choral ensemble Uniting Voices Chicago will be the featured artists at the Commemorative Program.

The 50th anniversary of this inspirational event is possible due to support from title sponsor Blue Grass Community Foundation and presenting sponsors University of Kentucky and Lexington-Fayette Urban County Government.

Lexington’s Martin Luther King, Jr. Holiday Observance was founded in 1973, five years after the tragic assassination of King on April 4, 1968. Jerry Stevens, the first director of UK’s Office of Minority Student Affairs, and Edgar Mack, faculty member in UK’s College of Social Work, served as founders and co-coordinators during the early days of this observance. They would later be joined by Chester Grundy, who upon his hiring, would take on the role of program coordinator in 1974. The MLK Holiday Observance was originally established not only to elevate the legacy of Martin Luther King Jr. but to establish an undergraduate scholarship in his honor. More historical details can be found at https://bgcf.givingfuel.com/mlk-holiday-committee-fund.