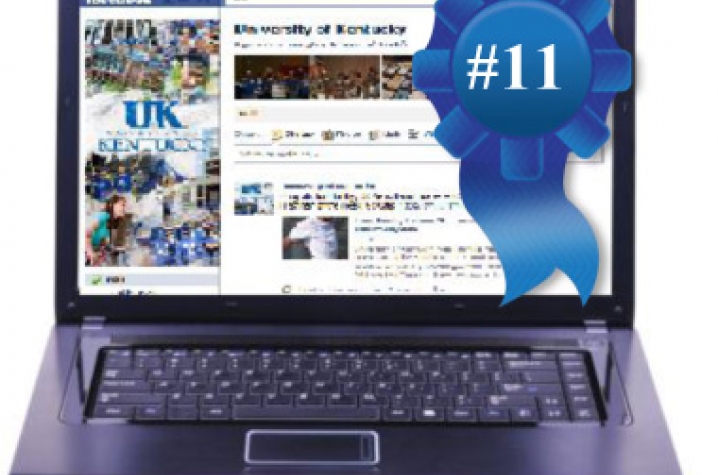 LEXINGTON, Ky. (March 25, 2011) — The University of Kentucky is one of the schools leading the pack when it comes to using social media to engage with students and supporters, according to an independent national study.

The Web Strategy Research's 2011 University Social Media Report ranked UK 43rd in the overall national ranking among 270 national universities, including more than 100 univeristies with a student population of 20,000 or more.

"Social media is a great way to communicate and build relationships with our growing and varied audiences at the University of Kentucky," said Tom Harris, UK's vice president for university relations. "We hope to engage our students, faculty, staff, alumni and fans through these online applications even more in the future."

"This study was seen as primarily a 'benchmarking' exercise to allow schools to gauge their level of social media activity against other schools -- in a sense, to define the lay of the land," said Randy Miller, president of Web Strategy Research. "We used as our starting point publicly-available information that appears on each university's social media sites, then ranked and compared universities in several different ways...overall, by channel, by conference, and by student body size."