Hear how new art inside UK's Memorial Hall will create dialogue and build community for the entire campus.

LEXINGTON, Ky. (June 25, 2018) — University of Kentucky President Eli Capilouto and the Memorial Hall Art Committee announced at the Board of Trustees meeting Friday that Philadelphia-based artist Karyn Olivier's artwork proposal has been selected and will be produced this summer in the vestibule at Memorial Hall. The action is pending approval from the Art in Public Places Committee. UK Art Museum Director Stuart Horodner and Associate Vice President for Institutional Equity Terry Allen co-chaired the Memorial Hall Art Committee.

The process of soliciting and approving a project that would help enhance the iconic building and establish a thoughtful dialogue with the controversial 1934 mural by Ann Rice O’Hanlon that is located in the lobby, began in 2016 and involved numerous administrators, faculty, staff and students.

Over the years, the O’Hanlon mural has been one of many topics in important discussions on inclusion on UK's campus. The mural has elicited a range of responses. On one hand, it is recognized as a unique document of a time in U.S. history when the government engaged artists to create ambitious acts of American storytelling — the Public Works of Art Project, part of President Franklin D. Roosevelt’s New Deal. On the other, many argue that the mural misrepresents and sanitizes the imagery of the time it depicts. In doing so, it failed to declare the immorality of slavery and instead minimized the violence and inhumanity that many experienced through subjugation and slavery.

Following a call for artwork proposals last year, finalists Karyn Olivier and Bethany Collins were invited to campus in March to present their proposals and discuss their past works that engage issues of race, representation, and site-specificity. They met with various stakeholders and were given until April to make any changes to their initial proposals. Capilouto attended both of the artists’ talks and was a committed participant in the process.

“We face the task of confronting the unsettling questions the mural raises for our sense of community. We must accept the challenge of telling the stories the mural does not tell. But this isn’t all that we will do. The installation is not an exclamation point, but rather a comma, the latest part of an ongoing dialogue. We owe to every member of our community and every visitor our best effort to create a welcoming and safe environment in which they can learn and build a foundation of success for themselves and for their families,” Capilouto said.

Upon hearing that her proposal would be realized, Olivier said, “I’m thrilled — and honored — to be trusted with this commission. I am excited to be part of this re-examination and reflection on the complex history of Lexington and the university.”

Olivier’s installation acknowledges the architecture of the building and its commemorative function (honoring Kentucky soldiers who died in World War I), and offers a provocative response to the O’Hanlon mural that has been the center of debate.

In her written proposal, Olivier said: “There are eight sections in the mural that contain African-American and Native American figures — a horse carriage driver, a figure in a tree, musicians providing entertainment, four central figures planting, three in the top right corner working the land, two sitting near a pond, several at the train station, and the lone Native American represented in the mural, emerging from a forest. My response to this is as follows: The dome in the vestibule will be gold leafed and will contain images of these ‘displaced’ figures as they are represented in the original mural. The insertion of the figures on the gilded ceiling reinforces the notion or possibility of rebirth — perhaps spiritually, but more importantly through the viewer’s reinvestigation, interrogation and reckoning with our country’s complex histories. Around the base of the dome will read the Frederick Douglass quote, ‘There is not a man beneath the canopy of heaven, that does not know that slavery is wrong for him.’”

Olivier said the use of gold leaf is often seen in sacred paintings, churches and cathedrals from the Byzantine and Renaissance periods. "I hope one reading of my use of gold leaf within my artwork will serve to elevate the oppressed represented — those who were deemed lowly — to the divine. The imagery in the mural depicts the subjugated performing mundane chores and activities (while neglecting to reveal the servitude and range of horrific acts that kept them there).”

Also as part of Olivier's proposal, portraits of important figures in Kentucky's history will be placed near the building's dome. They include: Chief Red Bird, a Cherokee who lived among white settlers in Clay County until his murder by two Tennessee men. Charlotte Dupuy who was an enslaved African-American woman who filed a freedom suit in 1829 against her master, Henry Clay, then the country’s secretary of state. Peter Durrett, a preacher who founded First African Baptist Church in Lexington, Kentucky, in 1790. Georgia Davis Powers, the first African American to serve in the Kentucky Senate, sponsoring bills prohibiting employment discrimination, sex and age discrimination.

“My intent in adding these portraits is not just to honor these Kentucky heroes and illuminate what history has left shrouded — but that by elevating these figures, their overlooked legacies will shine the light of truth on the racist caricatures that were acceptable ‘histories’ in the original mural," Olivier said.

Work on the new piece is likely to start in late July into early August.

“My colleague Terry Allen and I want to recognize the hard work of our committee and say that we are extremely satisfied with the inclusive process of commissioning new art for Memorial Hall and with the decision to realize Ms. Olivier’s vision for the site," Horodner said. "It takes great sensitivity to create a contemporary work that investigates a hotly debated historical one. We believe that the artist’s combination of images, language and vibrant color will do just that, providing new associations and questions for viewers today and in the future.” 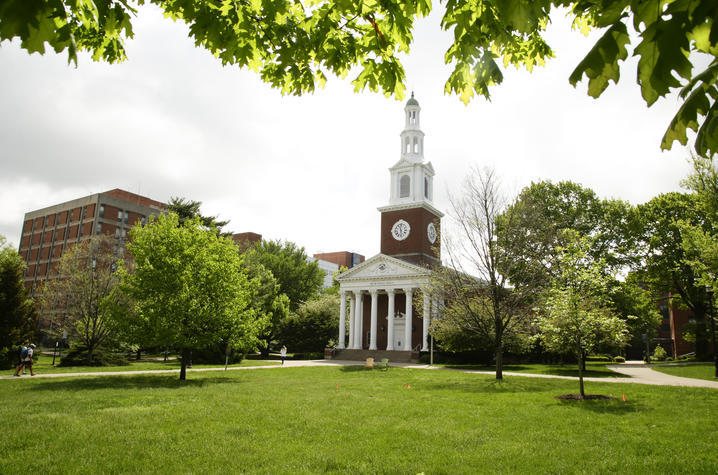 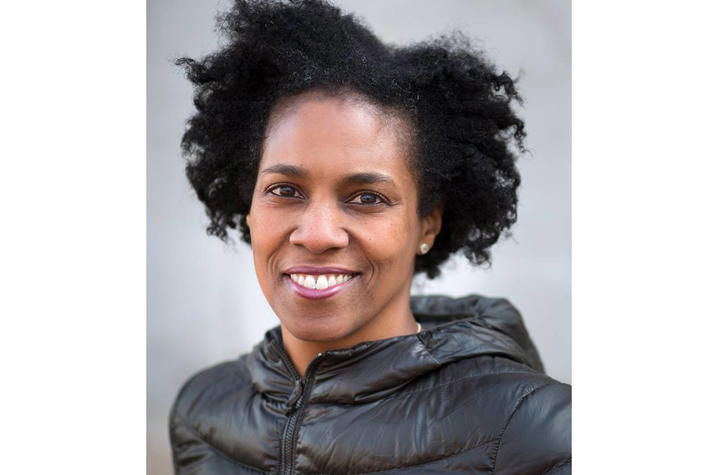 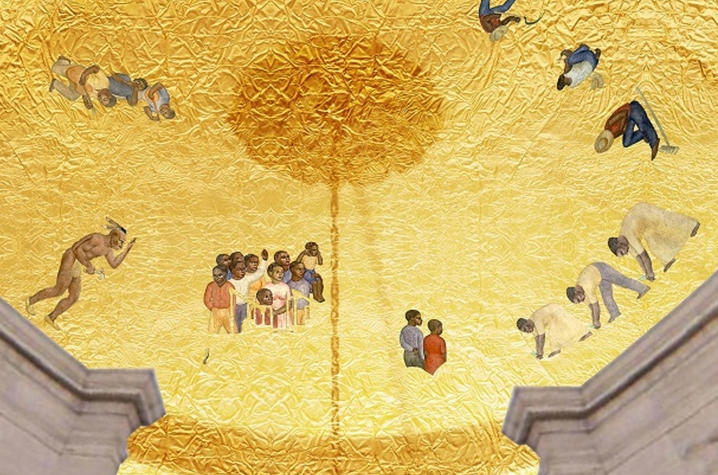 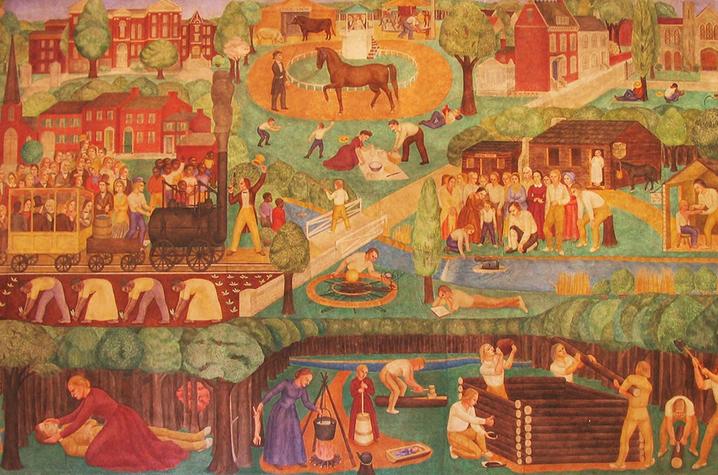