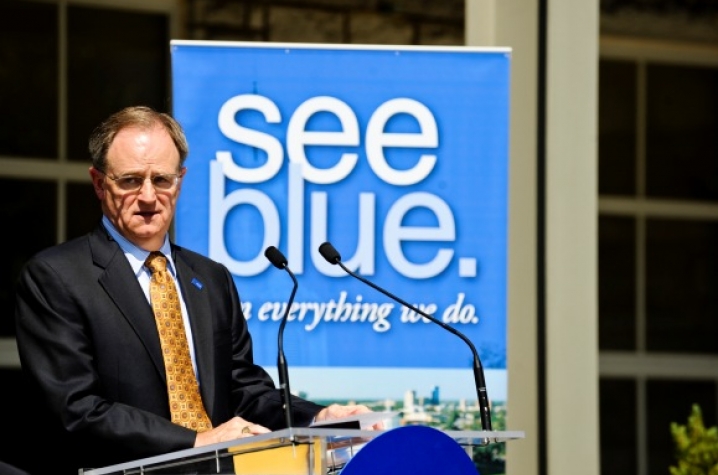 LEXINGTON, Ky. (Feb. 21, 2011) – University of Kentucky President Lee T. Todd Jr. and his ambitious Top 20 Business Plan are the focus of a prominent feature in an upcoming edition of higher education’s leading publication, The Chronicle of Higher Education.

“The business plan is the defining feature of Mr. Todd’s presidency, which will end when he steps down this summer,” according to the article dated Feb. 20. “It drew national attention in an industry awash in 2020 goals, mostly because Kentucky took the rare step of defining success in clear, measurable ways.”

The plan’s debut not only drew attention, but also garnered early success as the legislature increased funding to UK by $23.9 million in 2006, which allowed UK to add some 70 faculty lines. More than 50 of those positions were in the College of Arts & Sciences, where much of undergraduate teaching and instruction takes place.

Although the article details some of the challenges the university has faced, including largely flat or declining state support in recent years, Todd says the goal remains the right one – for UK and for Kentucky.

“We’re trying to change the whole state,” he says. “When the money is there, I think we’ll get our share.”

The article can viewed at http://chronicle.com/article/A-Presidents-Ambition-Meets/126440/?sid=wb&utm_source=wb&utm_medium=en.