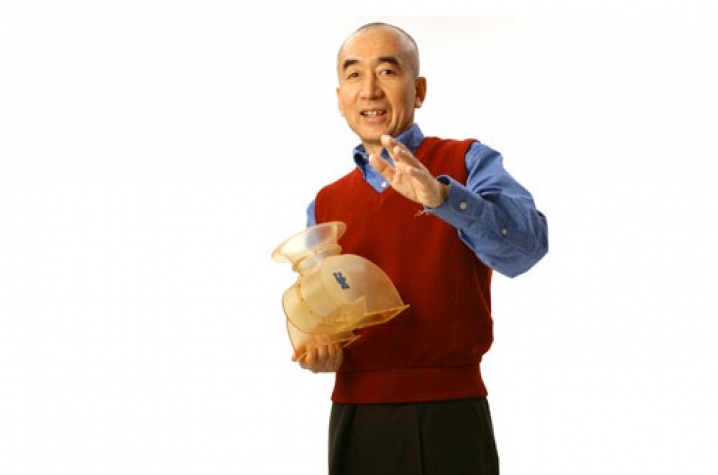 Some, like University of Michigan industrial engineering professor Jeffrey Liker’s 2003 volume "The Toyota Way: 14 Management Principles from the World’s Greatest Manufacturer," have become celebrated best-sellers. Despite the acclaim, former President of Toyota Motor Manufacturing Kentucky Fujio Cho felt something was missing from the popular literature.

"Cho-san was not happy with the books written about Toyota because they were all beautifying. The authors had no direct experience with the Toyota Production System (TPS), so they could not convey the essence of it," says Kozo Saito, director of the University of Kentucky's Institute of Research for Technology Development, or IR4TD, where the Lean Systems Program is housed. "Because we have had direct experience with TPS, Cho-san considered us 'owners' he could trust to capture that essence."

Saito's recently released book "Seeds of Collaboration: Seeking the Essence of the Toyota Production System" attempts to communicate the heart of TPS in a way its creators would recognize and affirm. The book, dedicated to Cho in commemoration of his 52 years at the Toyota Motor Corporation, marks the first time Toyota has ever officially collaborated on a publication with someone outside the company. Akinori Saito, president of Toyota Production System Support Center, Inc. (TSSC) and vice president of Operations Management Development Division (OMDD), supplied contributions for Toyota, as did several others.*

"This Lean Program was initiated by Cho-san," Kozo Saito explains. "Without him, we would not be here, so we wanted to thank him for his help."

The limited first printing of "Seeds of Collaboration" underscores Saito's desire to create a book that reflects the philosophy of TPS inside and out. Larkspur Press in Monterey, Ky., binds each volume by hand and envelops them in an intricate, yet elegant, cover. Approximately 100 copies have been produced thus far.

"This first printing is not for the masses," clarifies Saito. "Each book is expensive, but very special. The people at Larkspur put their minds and hearts into each one, working by hand. Whoever holds this book sees and feels its uniqueness. That is how we see TPS — each employee, each customer, is unique and worthy of respect. We believe that if we wrote about TPS, the actual book should reflect what we believe.”

The book's structure is another indication that Saito and his fellow contributors never intended to follow in previous Toyota biographers' footsteps. After giving an overview of the company icons responsible for designing, implementing and stewarding TPS over the past 50+ years, Saito devotes 50 pages to a collection of quotations from the masters called the "Collection of Goroku."

"The Goroku are sayings given at various times by the three founders that we collected. By putting the original sayings in the book, we are inviting the reader to interpret wisdom that has endured over time and through many changes and apply it," says Saito.

For example, one saying, attributed to Cho himself, reads, "When I hear that a production line never stops and there are no mistakes or problems, I would say that is because they have not challenged themselves" (p. 49). Another declares, "There are no useless workers. It is always possible to develop a worker and find the job that the worker can do very well," (p. 62).

"The Goroku may not be popular among readers looking for a quick plan or a pat on the back," Saito says, laughing. "They make you think, and they may make you uncomfortable. In the end, we didn't write this for the reader as much as we wrote it to convey truths that will be accessible to those who want to know and practice them."

The Goroku are instrumental in expressing a philosophy that often appears counterintuitive to a workforce molded by Western culture. For instance:

The final section of "Seeds of Collaboration" contains interviews with American manufacturers who personally learned TPS under Cho as well as instructors in the Lean Systems Program here at UK. The interviews are included because TPS is a product of Japanese culture and it is difficult to apply it within a different culture. Rather, integrating it takes many years of patient adjusting. This, too, flows from Jidoka — respect for people — allowing culture change to take place organically instead of attempting to re-wire employees’ heads.

Unlike the myriad of books geared toward smarter manufacturing for a larger profit, the principles of the Toyota Production System extend beyond making vehicles. Whether reading the Goroku or reflecting on ways in which TPS challenges "business as usual" in the U.S., readers are encouraged to ponder their own life and mission. At its root, "Seeds of Collaboration" doesn’t attempt to impart information as much as it endeavors to foster personal growth and human potential — one of the many ways in which the book faithfully espouses the essence of the Toyota Production System.

*Contributors to "Seeds of Collaboration:"

Fujio Cho: Chairman of the Board, Toyota Motor Corporation, Japan.

Bob Gregory: Technical writer at the University of Kentucky.

Kozo Saito: Professor in Mechanical Engineering and Director of IR4TD at University of Kentucky.