In this episode of "Behind the Blue," UK talks with Jay Alexander, program and music director for LM Communications’ WBTF-FM and MLK Day committee member. Become a subscriber to receive new episodes of “Behind the Blue” each week. UK’s latest medical breakthroughs, research, artists and writers will be featured, along with the most important news impacting the university. For questions or comments about this or any other episode of “Behind the Blue," email BehindTheBlue@uky.edu or tweet your question with #BehindTheBlue.

Jerry Stevens, the University of Kentucky’s first director of the Office of Minority Student Affairs, and Edgar Mack, a faculty member in the UK College of Social Work, had a vision of elevating the legacy of Martin Luther King Jr. through a campuswide observance.

Just five years after King’s tragic assassination, and 13 years before its declaration as a federally celebrated holiday, Mack and Stevens got to work to bring that vision to life, creating the MLK Day committee.

The committee, which began with just Mack and Stevens, would plan annual observances to honor King’s work and would feature a candlelit march through campus followed by a commemorative program in Memorial Hall.

What started as small but mighty gatherings quickly grew as the MLK committee grew.

In 1974, Chester Grundy joined the committee when he began his career at the university and took the role as MLK Day program coordinator. In this role, Grundy would plan the programming, rally speakers and publish information to promote the event. As he settled into his role, he began to see the potential of what this observance could be.

Soon after, William C. Parker, UK's then-vice chancellor for minority affairs, joined the committee and established a partnership with the Lexington Office of the Mayor, elevating the program from a campus event to a citywide event.

“The response the program received was wonderful. It affirmed my belief in this community,” Grundy, current co-chairman of the MLK committee, said. “I have always believed that with the right vision and proper organization, the community would respond to our appeals to get involved with the observance.”

Today, 50 years after its inception, the Lexington MLK Day observance is one of the longest-running celebrations in the country, bringing thousands of people across the state together to honor the life and legacy of Martin Luther King Jr.

“I believe this holiday offers us an opportunity to connect to 'the best that is within us' and given the times we are currently living through, many people are looking for opportunities to display a commitment to justice, anti-racism, compassion, peace and all that is embodied in Dr. King’s vision of 'The Beloved Community,'” Grundy said.

The patrons who have participated in Lexington’s MLK Day program, over its 50-year history, have given a glimpse of MLK’s vision of "The Beloved Community" — given the multicultural, cross-generational and cross-class character of its following.

Still honoring Stevens and Mack’s vision of elevating King’s legacy, the program strives to make the representation of MLK relevant to contemporary issues and challenges, making sure the program theme and content tie the community to the political/social/cultural moments they are living through.

UK, along with the Lexington-Fayette Urban County Government and other community sponsors, will kick off this year’s MLK celebration 1 p.m. Monday, Jan. 16, with the annual holiday Freedom March, beginning at Central Bank Center in downtown Lexington. Directly following the march, the Commemorative Program will be held at 2 p.m., at the Central Bank Center, with the theme of "MLK Holiday 50th Anniversary: A Half Century Of Lighting Candles Of Hope Against The Threat Of Darkness."

“Every element, from the speaker to the cultural artists, was carefully selected to mark this milestone,” Grundy said. "I think that the programming for this year’s celebration is befitting of a 50th-year anniversary. After months of thinking and planning, I’m simply anxious to see if all unfolds and hope that it produces the kind of community response and impact that the MLK committee always aspires to.”

The program keynote speaker this year is David Hall, president of the University of the Virgin Islands. Hall is a distinguished legal scholar who is recognized internationally for his contributions to legal scholarship on race, social justice, leadership and constitutional law.

Born in Savannah, Georgia, Hall holds a bachelor’s degree from Kansas State University, where he was named an “All-American” for his athletic and scholarly accomplishments. After graduating from Kansas State, Hall received his Doctor of Jurisprudence from the University of Oklahoma, where he also earned a master’s degree in human relations. He also holds both an LL.M. degree and a Doctor of Juridical Science from Harvard Law School.

Having taught law for more than 25 years in the law schools of the University of Mississippi, the University of Oklahoma and Northeastern University, Hall has enjoyed a distinguished career as an educational administrator and preeminent scholar in the field of law.

The internationally renowned youth choral ensemble Uniting Voices Chicago (UVC) will be the featured artist during the commemorative program. The 40-member choral ensemble has inspired and united youth from diverse backgrounds for more than 65 years. Founded in 1956, as the Children’s Chorus of First Unitarian Church in Chicago, UVC is rooted in the belief that music is a vehicle for fostering empathy and respect between young people of all races, ethnicities, socioeconomic backgrounds, religions, gender identities and sexual orientations.

Nearly 50 years ago when Grundy joined the MLK committee, he saw the potential the observances had. He saw the reach it could have, the change it could make and the people it could touch. Grundy believes the next 50 years could be just as prosperous.

“Dr. King’s legacy offers us a shining model of possibility and if we commit ourselves to working toward achieving his vision of 'The Beloved Community,' we all can share in contributing to the future rooted in values of love, justice and compassion,” Grundy said. “I hope that this program will expand, prosper and grow and that our community will continue to see its value beyond symbolism.”

The UK, Lexington and greater communities are invited to take part in Monday's MLK Day observance. Pre-registration for the march is recommended, to help the committee with spacing. To pre-register, visit: https://bit.ly/MLKLEX22. For additional information on the MLK Day celebration, visit www.uky.edu/mlk.

In addition to Monday's events, the University of Kentucky Office for Institutional Diversity will also host a 50th Anniversary Martin Luther King Jr. Celebration 11 a.m.-12:30 p.m. Tuesday, Jan. 17, at the Singletary Center for the Arts.

The event will highlight the civil rights movement in Kentucky through powerful art, music and poetry from members of the UK community and beyond. Due to limited space, all persons interested in attending the celebration must complete the registration form on this site: https://oid.uky.edu/mlk-50th-anniversary. 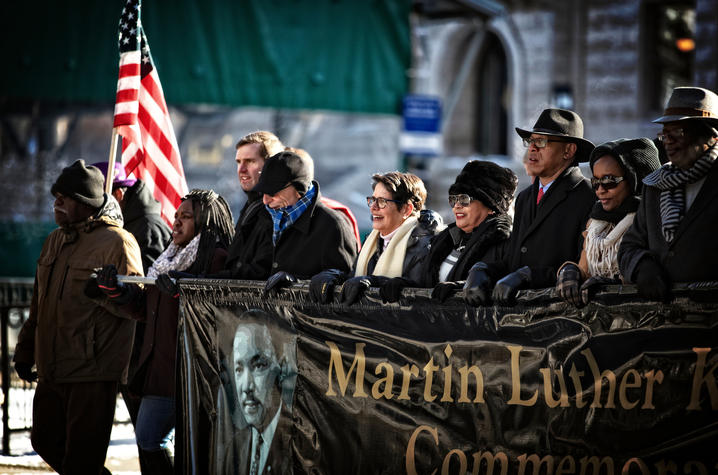 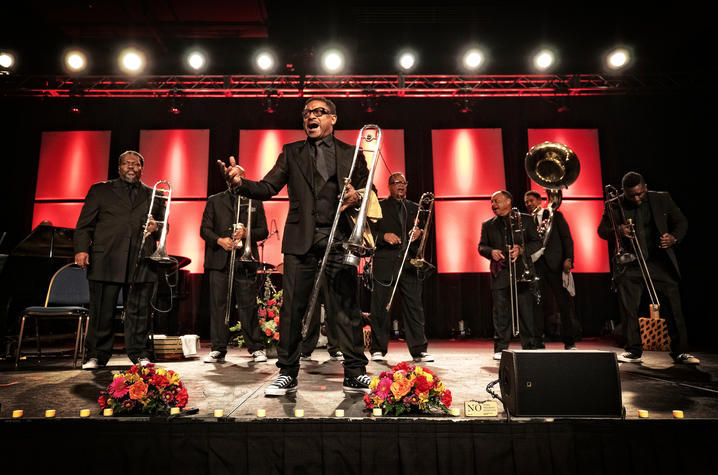 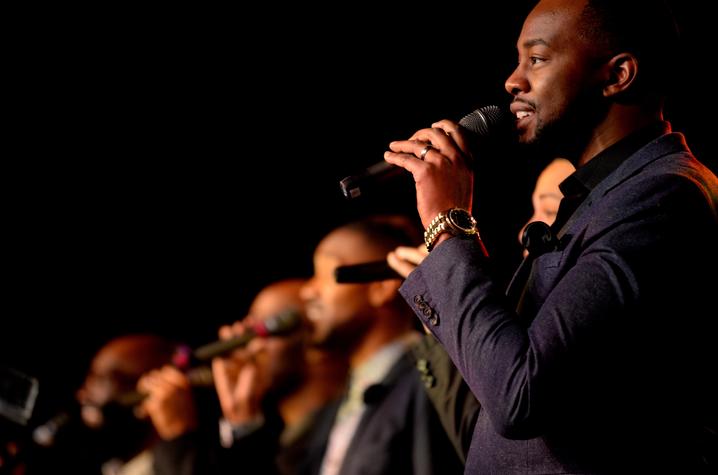 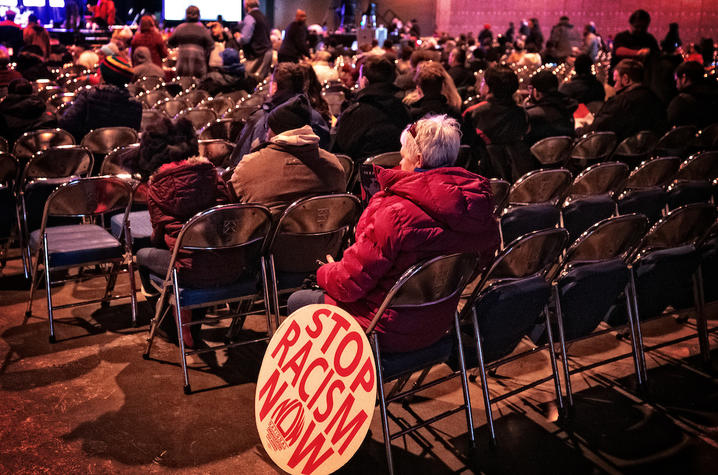 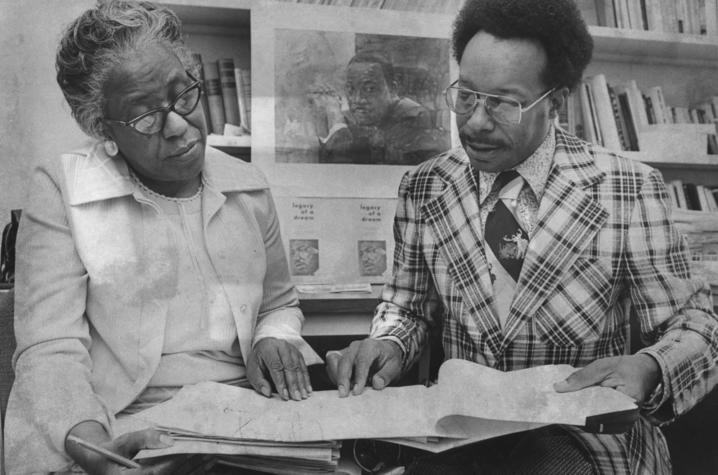 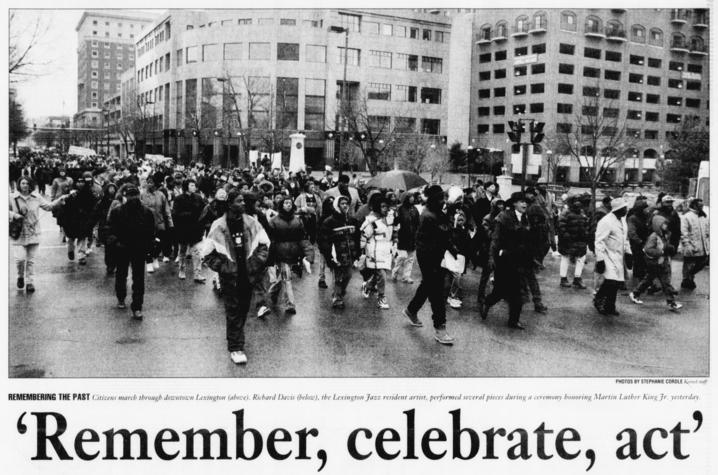