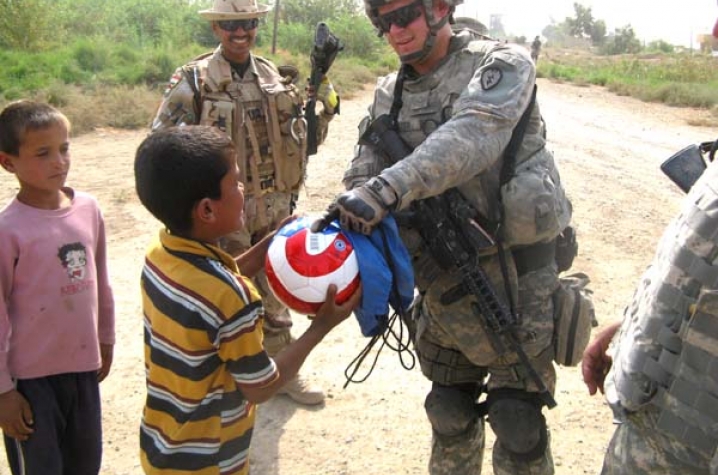 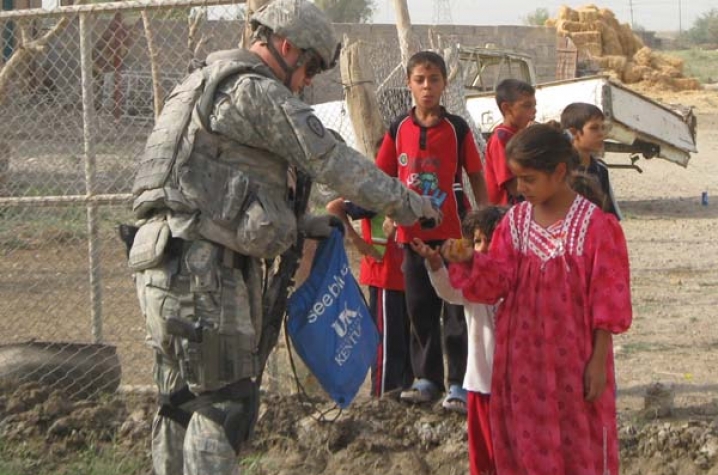 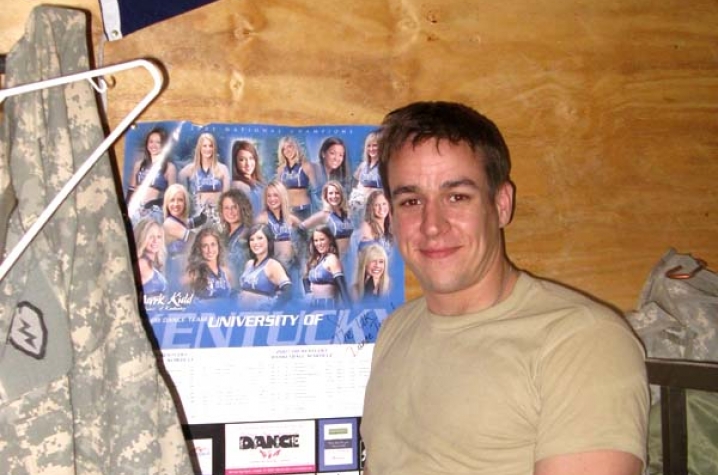 LEXINGTON, Ky. (Sept. 14, 2009) -- It started with a request: A few Kentuckians serving in Iraq asked for a few reminders of home.

The soldiers and a few dozen Iraqi children ended up "seeing blue" with 60 boxes of items from University of Kentucky colleges, UK Athletics and other Kentucky agencies.

"There were six Kentuckians in this unit that contacted us, so we sent e-mails across campus asking for contributions," said Diane Freeman, coordinator of the Women in Engineering Program in the UK College of Engineering.

"We were amazed about the way people on campus responded during the months from July through October of 2008, when we collected these items," she said.

The contributions to the soldiers in the 2nd platoon, B Company, 121st Infantry of the U.S. Army ranged from small items commemorating various colleges and UK "see blue." backpacks to basketball practice jerseys and posters from the Wildcats, Freeman said.

As the items came in and were boxed up, Freeman, Britney Thompson, then president of UK's student chapter of the Society of Women Engineers, and several other engineering students and faculty took them to Steve Parker of Mount Sterling, whose stepson, Josh Baxter, was one of the six who had made the request.

And the troops weren't the only people who benefited. The soldiers also gave the items as gifts to local Iraqi children to help build camaraderie and goodwill.

In the last couple of weeks, Freeman has received a series of photographs from the entire unit, expressing appreciation for the UK community's thoughtfulness.

The photos have prompted a new wave of excitement.

"We'd come in and say, 'Oh, there's the soccer ball we sent.' We couldn't wait to get here in the mornings to see what new pictures had come," Freeman said.