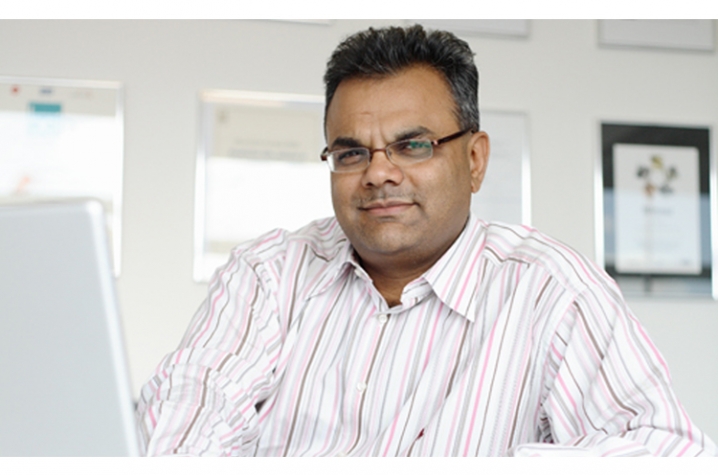 LEXINGTON, Ky. (Oct. 2, 2009) - London-based engineer Hanif Kara, of Adams Kara Taylor, is the next speaker of the University of Kentucky College of Design Lecture Series (pdf). Kara's lecture on his work, which is free and open to the public, is scheduled for 6 p.m. Wednesday, Oct. 7, in 209 Pence Hall.

Kara's 'design-led' approach and interest in innovative form has allowed him to work on award-winning projects such as the Peckham Library, recipient of the Royal Institute of British Architects (RIBA) Stirling Prize; Caspar, a British Construction Industry Small Building of the Year Award winner; and the Phaeno Science Center in Germany, a RIBA European Award winner.

Kara, the commissioner for the United Kingdom's CABE (Commission for Architecture and the Built Environment), was selected for the Master Jury for the 2004 Aga Khan Awards for Architecture and was recently appointed as one of the members of the 'Design for London' Advisory Group to the mayor of London.

His work is linked with the research and education areas of design. From 2000 to 2004, he co-tutored a diploma unit at the Architectural Association in London. He has also acted as visiting tutor or professor at the following schools of design: Institut für Kunst und Architektur, in Vienna; Angewandte Kunst, in Vienna; Arkitekturskloan, in Stockholm; Harvard University Graduate School of Design, in Cambridge, Mass.; and Cornell University, Ithaca, N.Y.

Kara is a partner at London's Adams Kara Taylor Group, an engineering consulting firm who prides themselves in having visionary design.

The UK College of Design Lecture series event featuring Kara is made possible with the support of co-sponsors, UK Department of Civil Engineering and BFMJ Inc.