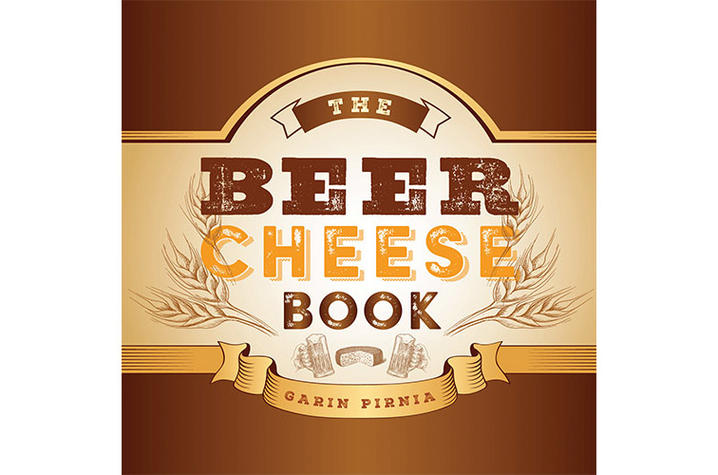 LEXINGTON, Ky. (Dec. 11, 2017) — With December graduation ceremonies and holidays to celebrate, it is not unlikely beer cheese will grace many a table at receptions and parties around the Commonwealth. To learn more about this beloved Kentucky tradition, check out “The Beer Cheese Book” by food writer Garin Pirnia and published by University Press of Kentucky (UPK).

Known as “snappy cheese” when it was first served in the 1940s at the Driftwood Inn in Winchester, Kentucky, beer cheese has come a long way from its humble origins. Once just a regional favorite, today beer cheese is mass-produced, professionally packaged and shipped all over the country for sale in stores. It has been written about in national publications like The Washington Post, Southern Living and The Wall Street Journal, and has started showing up on menus across the country. In 2016, Carl’s Jr. and Hardee’s partnered with Anheuser-Busch to feature the Budweiser beer cheese bacon burger and Budweiser beer cheese fries. Wendy’s followed a month later with a limited-edition bacon and beer cheese burger.

As the nation begins to take notice of this Kentucky culinary creation, Pirnia has mixed up everything you need to know in “The Beer Cheese Book.” Through archival research and interviews with the restauranteurs who serve it and the artisans who created it, she brings together history, legend, bar stories and travel information that will entertain and enlighten. In addition, she includes recipes for several distinct beer cheeses and for a number of dishes that incorporate it, from beer cheese and mushroom risotto to beer cheese bagels.

Easy yet versatile, beer cheese is a true Kentucky delight that has been gaining popularity for over 70 years, and Pirnia untangles the myths surrounding it, correcting tall tales of its origins in Florida and Phoenix. She also highlights the people and places associated with it. In addition to classic Kentucky establishments like the Beaumont Inn in Harrodsburg, she details those farther afield, such as Lakefront Brewery in Milwaukee, Wisconsin, and Upright Brew House in New York City. Also profiled are several of the individuals who work to bring their products to consumers, including Olivia Swan who parlayed winning the second annual Beer Cheese Festival contest into a business. Separate chapters highlight the Beer Cheese Trail and Beer Cheese Festival, both located in Winchester.

Beer cheese is a simple dish — flattened beer, cheddar cheese, garlic and spices — requiring nothing more than a grater, a bowl and a spoon to make, but the variations are endless. A change in the type of cheese, type of beer or specific spices can have distinctive and delicious results. Pirnia includes recipes for eight different beer cheeses, from her own concoction, which includes a splash of bourbon, to Marion Flexner’s classic, which was the first to appear in a cookbook. She also features recipes that use beer cheese, including Wrecking Bar Brewpub’s kale ale fondue, and gives simple tips of incorporating it into everything from burgers and pizza to grits and scrambled eggs.

Whether the sight of beer cheese warms your heart or makes you wonder, “What exactly is this creamy appetizer with a kick?” Pirnia has something to offer. As beer cheese finally makes its way beyond the borders of the Commonwealth, “The Beer Cheese Book” provides a guide for those who want to explore everything it has to offer. Kentucky cuisine has many signature items — bourbon, burgoo, hot Browns and Kentucky Fried Chicken. Perhaps beer cheese’s day has finally come.