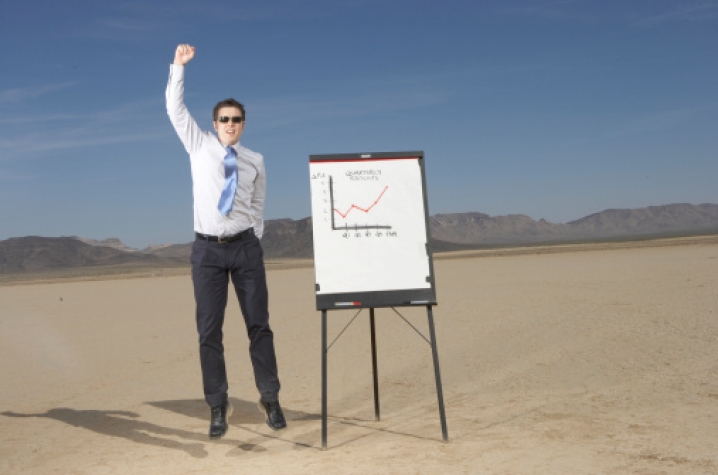 LEXINGTON, Ky. (Sept. 20, 2011) — University of Kentucky students and alumni from throughout campus and the community received career counseling from the inside out this past summer in a new eight-week online course offered by the College of Arts & Sciences.

A&S 350, or "Personal Strengths and Your Career Development," is a three-credit-hour self-development course, according to A&S Director of Advising and Student Services Greg Bocchino, a social science theorist with a heart for helping students who designed the class.

"This is an academic course based on chaos theory that focuses on a non-linear career decision-making strategy." Bocchino said. "Yet we're also developmental, moving students from point A to point B."

Bocchino and his staff of three A&S academic advisers, Assistant Director of Advising Nicole Keenan, A&S Academic Adviser Charlotte Anderson and Alumni Career Counselor Kelly Higgins, focus on getting their students to think outside of the box. "There's not one career for each major," said Bocchino. "We're teaching students about themselves and how to make the right decisions for their futures in the moment."

The online class includes research, journaling, message board participation and lots of self-reflection. "We provide the framework, and the students provide themselves," said Bocchino.

"A&S 350 was one of the best classes I have taken so far," she said, highlighting the class's personality type and strengths assessments, as well as the career research and planning assignments. "With so many young people graduating without having any definite career opportunities, preparing and thinking ahead is so important. The reality is that if you want a job, then you have to go out and compete and strive for it, because the career you desire will not just fall into your lap."

Senior geology major Chris Fralix, torn between working in the energy industry or environmental consulting, found direction and his first job through A&S 350.

"I finally started taking full advantage of my LinkedIn account, and started a Twitter account for the first time," he said. "I actually started work at the end of August for a company that I found via LinkedIn. Because of this course, I had already spent several hours updating and tweaking my profile, so I felt confident applying when I saw the position during a job search. I researched the company, read backgrounds of the company’s principals and looked at people they had hired recently. I was well prepared to talk to the hiring manager when he called me later that week.  And when he offered me the job, I was certain this was a company I would be happy to work for."

"There's a huge lack of knowledge out there; students are going at careers blindly," said Bocchino. "When you purchase a car, you do a lot of research and test drive it. Why not do that with a job?"

Anderson recalls an English major in the class, who spent a lot of time looking at jobs that were clearly compatible with her course of study, but incompatible with her personality and skills. "Had she not taken this course, she could have the wrong job right now," Anderson said.

The message boards were especially popular, despite size and diverse backgrounds of the class.

"The discussion boards were great for class support. Everyone was or had been in a similar situation, so students exchanged strategies and gave advice," explained Bocchino. "There was a definite feeling of, 'I'm ok, and you're ok — from 50-year-old single mothers, to football players.'"

One of the more important goals of the class is to help students avoid the feeling of "how did I get here?" with a job choice and replace it with "I was meant to be here," said Bocchino.

For example, a student that planned to go to professional school or graduate school would be required to create a goal timeline with precise timing and requirements for everything he or she would need to do to go to law school.

"I think that a lot of students realized how much work was involved and how early they needed to begin," said Bocchino.

"Students became more aware of how to translate their assets to their resumes," added Keenan. "And from there, we were really able to introduce them to UK services on campus, like the Career Center."

"I honestly can’t imagine not having taken this class," said Greenlee. "I am drastically more prepared and clear-minded about my future than I was before this summer. For the first time, I can see the actual steps I need to take and where I will be headed in the next few years."

The career class was so popular that A&S academic advising is offering two full classes this fall — one beginning in October; Bocchino and Anderson will also be teaching a two-hour "Career Decision-making" class for all of the freshmen A&S Wired students in Keeneland Hall, which will serve as a primer course for the 300-level course to come.

This spring, Bocchino hopes to teach a hybrid class with online coursework and classroom meetings.

"This class is impacting UK student lives," Bocchino said. "And in these economic times, we've got to continue to promote career possibilities and how our students can get there."