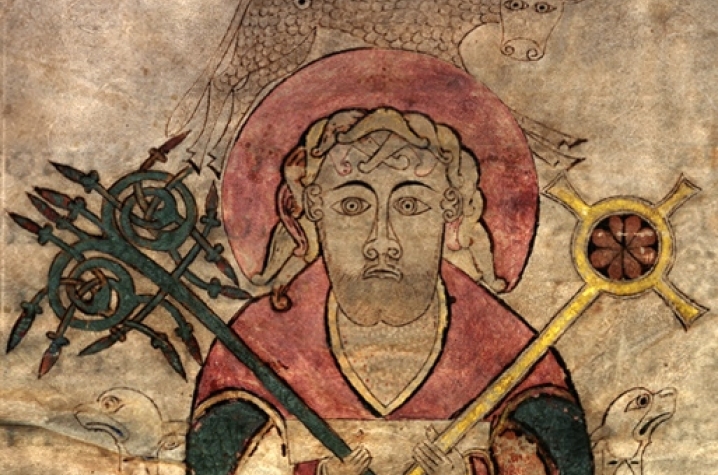 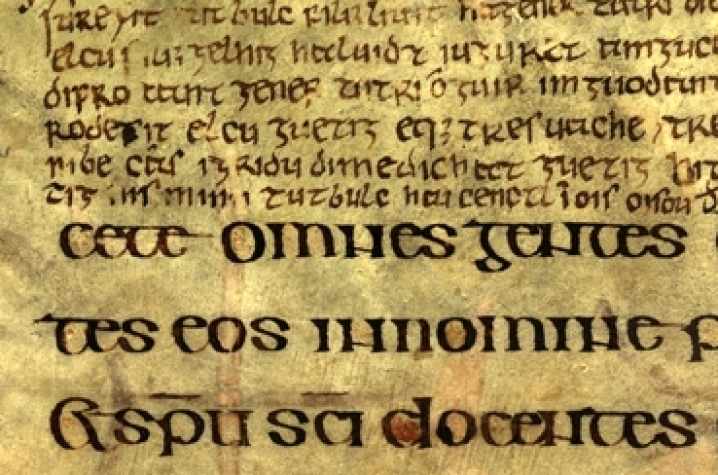 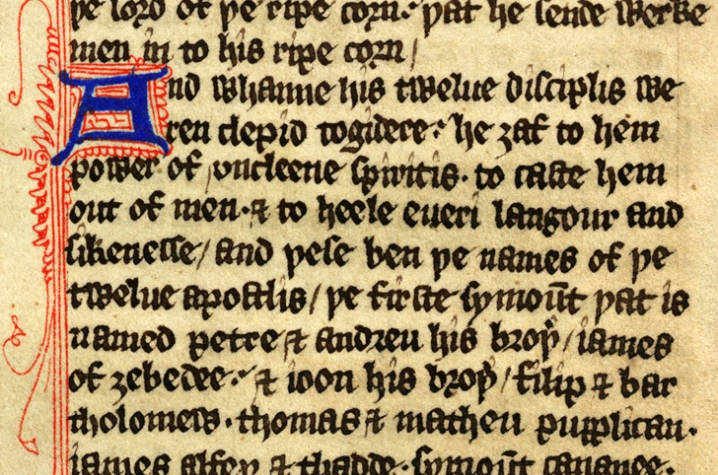 LEXINGTON, Ky. (Aug. 4, 2010) - University of Kentucky English professor William Endres' love of illuminated manuscripts began with the Irish Book of Kells. The first time he laid eyes on the glittering pages, he knew that knee-deep in ornamented text was where he wanted to be.

"These manuscripts are just magnificent," he said. "The interlace, the vellum, the colors, the full-page illustrations, the precision and artistry of the script and decoration: they all gather to create a stunning visual experience."

In June, Endres took on his biggest illumination challenge yet in Staffordshire, England.

With the help of UK's Center for Visualization, Endres traveled to Lichfield Cathedral to make digital copies of the St. Chad Gospels, written in Latin about 725, as well as a Wycliffe New Testament, illegally copied in 1410.

Digitizing the nearly 1,300-year-old manuscript residing at Lichfield will have its challenges, and Endres and his UK crew will be joined by a National Geographic film crew.

"The timing just worked out perfect," he said. "This is an amazing opportunity."

After a local treasure hunter came upon the largest Anglo-Saxon hoard of gold artifacts ever recorded, the National Geographic channel decided to film a three-part series documenting the hoard and the Anglo-Saxon heritage of the Lichfield area—the hoard was found not far from the cathedral.

The St. Chad Gospels are important to Anglo-Saxon history and culture, according to Endres. "While in Staffordshire, National Geographic wanted to have a second show on the Anglo-Saxon context in the area," he explained. "They visited the cathedral, and Canon Chancellor Pete Wilcox told them about our digitization project. They were immediately interested."

The Wycliffe New Testament is a completely different type of text, but equally important. The translation is named for John Wycliffe, a 14th century English theologian who fought to have the Bible translated from Latin into English. His followers, the Lollards, made numerous copies of the Bible in Middle English.

When the Wycliffe New Testament stored at Lichfield Cathedral was made, it was illegal in England to translate the Bible from Latin, according to Endres. This particular copy at Lichfield has received little scholarly study until now.

"The Wycliffe New Testament was bequeathed to the cathedral in the 1940s, and that is why scholars have done little work on it," explained Endres. "Being an illegal manuscript, its design and script is less ambitious when compared to the Chad Gospels, but the manuscript is stunningly beautiful in its simple elegance."

The UK crew was able to digitize both texts during the trip, and work has begun on the forthcoming National Geographic series. "There hasn’t been as much study of these amazing manuscripts as they deserve," Endres said. "Digitization will allow greater access to the manuscripts for research that wouldn’t have otherwise happened."

While the goal of the Endres' mission is scholarly research, as well as UK student access, the manuscripts are aging, so conservation is a big part of the digital project as well.

"The pages have already been trimmed once, due to mold,” said Endres. "There's no way to stop time, but after this trip, we will have what the pages looked like in 2010--forever."

Endres and the visualization team won't quite be scanning in the mode of your home office. "We'll take a 3-D rendering of each page and then digitally flatten them," he explained. "We'll be able to enhance what we can see using near ultraviolet and infrared light. Technology is amazing!"

Multispectral scanning will hopefully allow researchers to recover worn Old Welsh written in the margins of the St. Chad Gospels and translate it. "It might not be anything, but we'll find out," said Endres.

Eventually, Endres hopes that the manuscript is tagged and searchable as well. "This is a lot of fun, but it's about access for students and scholars at the end of the day," he said. "There are so many possibilities."