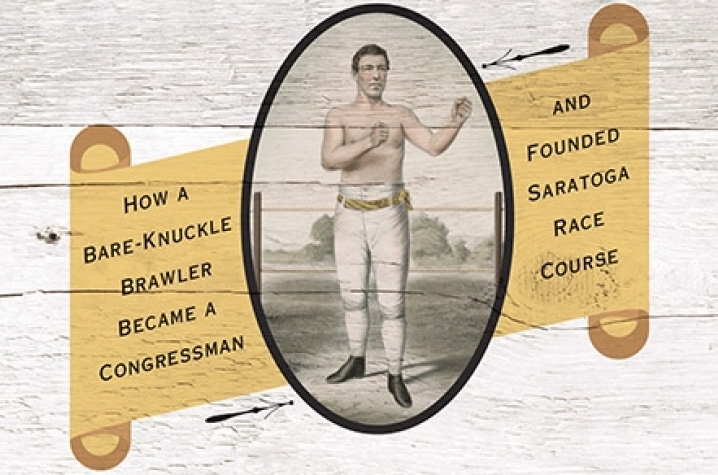 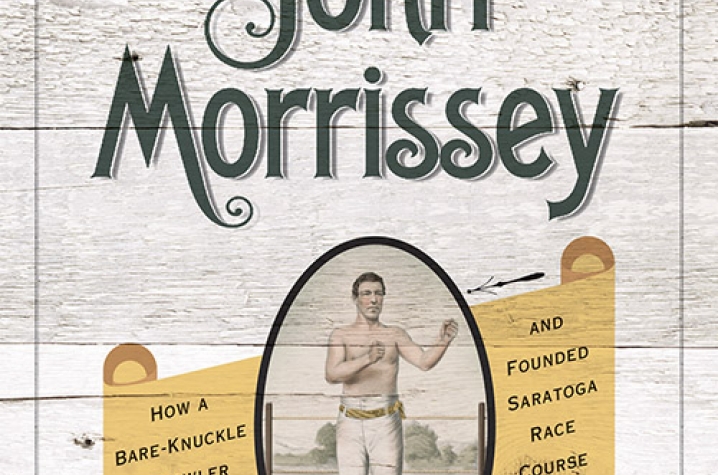 LEXINGTON, Ky. (June 8, 2016) — As the eyes of horse racing enthusiasts worldwide turn to New York and the Belmont Stakes this week, another storied racetrack prepares for its summer meet less than 200 miles north. The Saratoga Race Course owes much of its history to its sometimes forgotten founder, a brawler turned congressman, John Morrissey.

From gang member, political muscle and prizefighter to New York state senator, United States congressman and industry leader of the sport of kings — John Morrissey (1831–1878) was all of these and more. When the Morrissey family arrived in America in 1831, there were not many doors open for Irish immigrants, but he did not let his bloodline stop him. He was the kind of man who would challenge the infamous William Poole, better known as “Bill the Butcher,” just to make a name for himself. Morrissey knew that when there was an opportunity, he had to take it. This bravado led to more than one brush with death, but also to wealth and prestige.

In "The Notorious John Morrissey: How a Bare-Knuckle Brawler Became a Congressman and Founded Saratoga Race Course," historian and University of Kentucky alumnus James C. Nicholson traces the remarkable rags-to-riches story of one of the most colorful characters in the sport of horse racing. Morrissey began his career as an enforcer for Tammany Hall and rose to become a well-respected businessman who served two terms in the U.S. House of Representatives.

In this new book published by University Press of Kentucky (UPK), Nicholson traces Morrissey’s remarkable life while also shedding light on fascinating issues of the era, such as the underground prizefighting economy, the rancorous debate over immigration, and labor laws that protected owners more than workers. He digs most deeply, however, into the business of thoroughbred racing and Morrissey’s role as the founder of Saratoga Race Course, the longest continually run thoroughbred track in the United States.

The city of Troy, New York, home to the Morrissey family, was overwhelmed with Irish immigrants. Steady work was hard to find, which led to his involvement with the unsavory characters and practices of gangland New York. He eventually created his own gang, and in gory clashes with other rival gangs, his talent as a fighter became apparent. In the early 1850s, Morrissey travelled to San Francisco, gambling with and swindling prospectors, where he began his career as a prizefighter. Early in his fighting career, Morrissey earned the nickname “Old Smoke” when he was thrown into burning coals during one particularly rough bout. Despite a charred back, which smoked for the rest of the fight, he won. His grit and perseverance led to more than just a nickname; he earned fame and the respect of his peers.

Morrissey wanted more than a life on the margins, and prizefighting opened new opportunities for him, particularly after he defeated Yankee Sullivan to win the national championship in 1853. He soon turned his winnings and skills into an empire of gambling parlors that made him wealthy enough to convince his friend and railroad tycoon Cornelius Vanderbilt to invest in a new venture. In 1863, he established Saratoga Race Course, where his acumen as a proprietor and promoter helped the sport grow to be one of the most prominent in America. His success in business as well as his connections to Tammany Hall helped him gain election to the U.S. House of Representatives and later the New York State Senate, completing his rise from hardscrabble beginnings.

Despite Morrissey’s accomplishments, when Walter S. Vosburgh published an “official” history of American thoroughbred racing for the Jockey Club in 1923, nowhere was he mentioned. Morrissey participated in and contributed to some of the most significant sporting events of the 19th century. Up to that time, no one had done more to develop the commodification and commercialization of sports in America, but outside of Saratoga, New York, he remains all but forgotten, written out of history by the reformers of the Progressive Era who blanched at his origins and associations.

The track that New York Herald Tribune columnist Red Smith called “The dowager queen of American racing,” however, still stands as a lasting legacy to Morrissey’s place in both American history and the "sport of kings," as well as an emblem of the American dream.

Nicholson, who holds a law degree and doctoral degree in history from UK, is also the author of "The Kentucky Derby: How the Run for the Roses Became America’s Premier Sporting Event" and "Never Say Die: A Kentucky Colt, the Epsom Derby, and the Rise of the Modern Thoroughbred Industry."