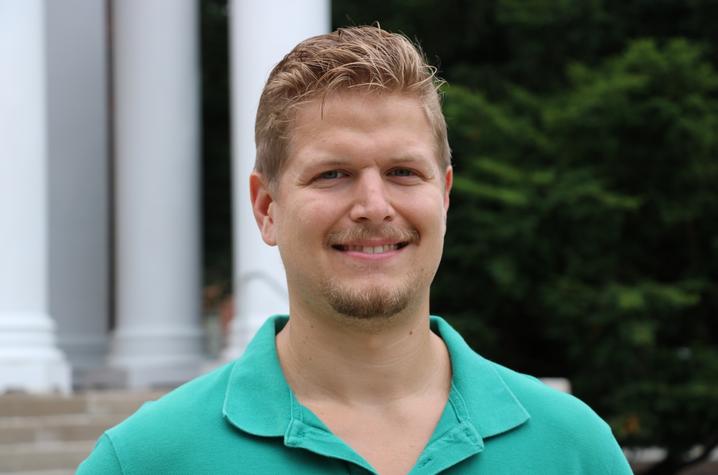 LEXINGTON, Ky. (July 5, 2017) — University of Kentucky Gatton College of Business and Economics doctoral student Andrew Jonelis has been selected to attend the Lindau Nobel Laureate Meeting this August in Germany. Attendance at the sixth meeting for economic sciences will establish Jonelis’ place as one of the leading economists of the next generation.

The Lindau Nobel Laureate Meeting gathers once every year with undergraduates, doctoral students and post-doc researchers from around the world. However, the Lindau meeting specifically for economic sciences is held every three years and covers a variety of scientific topics.

“It is an unbelievable honor to get the chance to attend these meetings. The opportunity to interact so closely with a number of Nobel laureates is not something most students in economics get to have unless they are students at MIT or Harvard,” Jonelis said. “I was just truly honored to be offered this opportunity and excited to discuss my research ideas with the Nobel laureates, as well as other young economists.”

With his travels funded through the Oak Ridge Associated Universities, Jonelis hopes to present his research titled, “An Empirical Investigation of Legislatures and Growth,” which covers an aspect of political economy of development. He also looks forward to attending the panel discussions as well as meeting some of the top minds in economics.

This once in a lifetime opportunity was made possible in part by Professor of Economics Jenny Minier, who nominated Jonelis. As Jonelis’ research advisor and the director of graduate studies for Gatton College’s doctoral program in economics, Minier immediately thought of him for the nomination.

Minier describes Jonelis as “well-spoken, intellectually curious and comfortable networking,” and was impressed to see him taking personal initiative in and out of the department. When asked why she nominated him, Minier said, “I think that he is at a great stage of his graduate studies for a conference like this. He’s far enough along with his research that he has concrete ideas and results to discuss, but it’s also still early enough that his dissertation can benefit directly from these interactions.”

To apply to become a nominee for the Lindau Nobel Laureate Meeting, the student must be a U.S. citizen and have completed at least two years of graduate coursework towards a doctoral degree but not be planning a dissertation/thesis defense before December 2017.

An Indiana native, Jonelis received his bachelor’s degree in business administration with majors in business economics, international business and public policy from the Kelley School of Business at Indiana University. He earned his master’s degree in economics through his doctoral studies at UK.

“I chose UK for my Ph.D. program because of the faculty’s focus on applied research. Also, they have two great macroeconomists (Jenny Minier and Ana Maria Herrera) with very interesting research.”

After receiving his doctoral degree, Jonelis hopes to continue research or explore his newfound love of teaching.