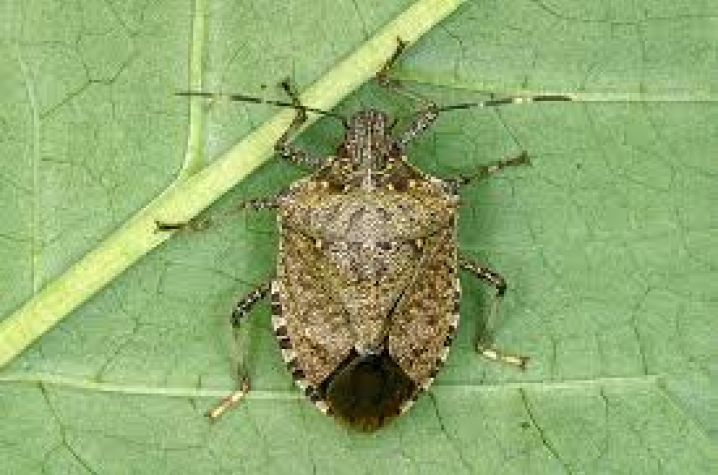 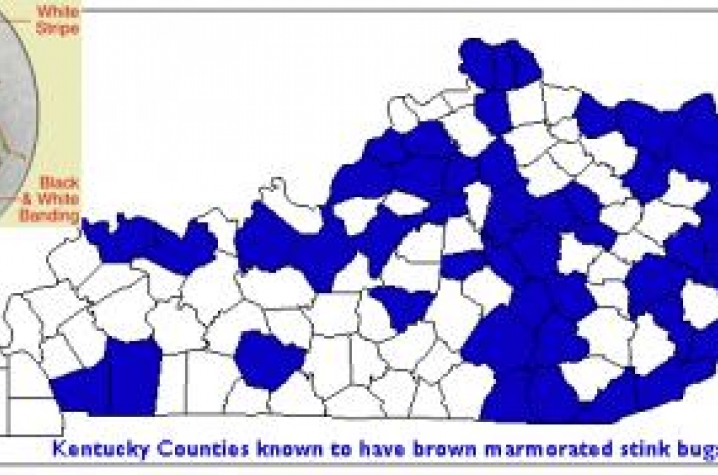 LEXINGTON, Ky. (Oct. 13, 2015) — Stink bugs, small shield-shaped insects, are starting to ramp up their army and are becoming more noticeable around Kentucky this fall. Although several species of stink bugs are common in the state, the brown marmorated stink bug is most important now because its mission is winter shelter.

Although a significant problem for farmers and gardeners from spring through summer, the pest impacts all Kentuckians in the fall as a pesky household invader. Adult bugs seek shelter in homes, barns and sheds as they try to find overwintering sites. The best way to keep them from coming inside is by sealing cracks around windows, doors, siding, utility pipes, behind chimneys, underneath the wood fascia and other openings. A good-quality silicone or silicone-latex caulk should fit the bill. The same things homeowners would do to reduce heating bills can also help keep many bugs out.

If stink bugs do happen to get inside, homeowners who act rashly and smash the bugs will find out quickly where they got their name. The bugs produce a stain and an unpleasant odor when squashed. A vacuum cleaner is the best tool to collect live and dead bugs. However, the vacuum may smell like the stink bugs for a while.

“We don’t advise using insecticides after stink bugs have gained access to wall voids or attic areas,” said UK Entomology Extension Professor Lee Townsend. “While insecticidal dust treatments to the voids may kill hundreds of bugs, it may create a situation where carpet beetles will feed on dead stink bugs and then attack woolens, stored dry goods and other natural products around the home.”

Although aerosol-type pyrethrum foggers will kill stink bugs in living areas, Townsend said they will not prevent more of the insects from emerging shortly after the room is aerated. For this reason, he doesn’t recommend using these materials as a solution to long-term management of the problem. The same goes for spray insecticides, directed into cracks and crevices. They will not prevent the bugs from emerging and are not a viable treatment.

The brown marmorated stink bug, an invasive insect from Asia, was first discovered in Kentucky in 2010. Since then, its army has steadily marched across the state and is now present in at least 50 counties.