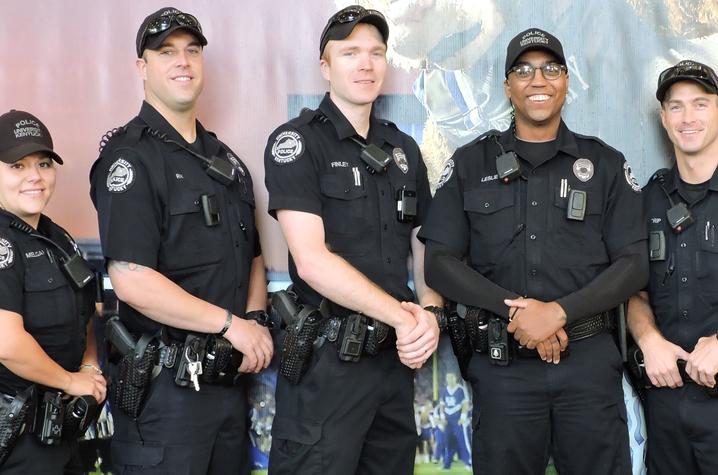 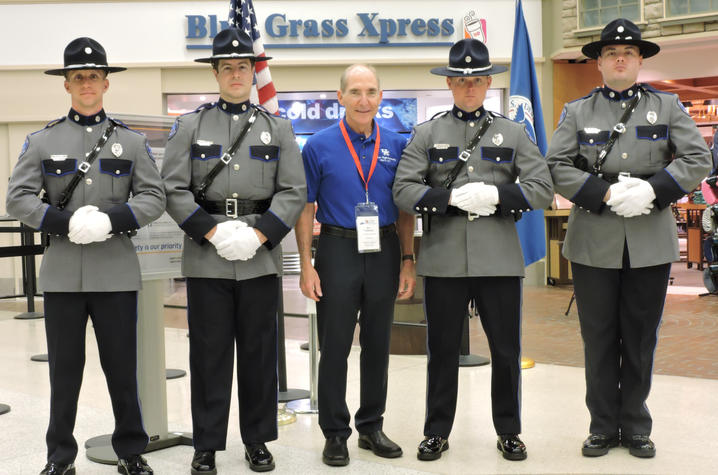 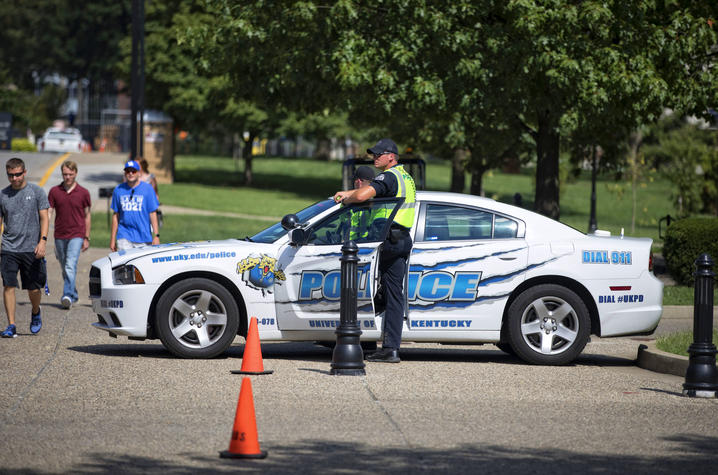 LEXINGTON, Ky. (May 13, 2020) — For almost 40 years, tens of thousands of individuals from around the world would descend upon The National Law Enforcement Officers Memorial in Washington, D.C. during National Police Week.

They would walk the tree-lined path of remembrance with the names of over 21,000 law enforcement officers etched in blue-gray marble who died for the safety and protection of our nation. American flags would be flown at half mast, the smell of daffodils would hang in the air, and the sound of bagpipes would echo in the distance.

This year, however, the coronavirus pandemic has altered this time-honored tradition. For the first time, The National Law Enforcement Officers Memorial is closed. Statues of a lion protecting its cubs cast in bronze lie in wait. The inspirational quotes carved into stone from past presidents, Roman historians, survivors and the Bible remain unread.

One quote that resonates in the hearts of many comes from an advocate for police survivors and a survivor herself. Vivian Eney Cross said, “it is not how these officers died that made them heroes, it is how they lived.”

In recognition of how these everyday heroes lived, President John F. Kennedy signed into law designating May 15 as National Peace Officers Memorial Day and the week in which it falls as National Police Week almost 60 years ago.

“This week is meant to honor the men and women in law enforcement who paid the ultimate sacrifice in order to uphold the rights and freedom of others,” said University of Kentucky Police Chief Joe Monroe.

The role of a police officer is a complex one and often misunderstood. Significant training is mandated, as well as a deep understanding of law. There are proactive elements to wearing the badge such as attending community events and conducting self-defense training.

However, the true nature of the job is reactionary and varies from day to day, shift to shift and jurisdiction to jurisdiction. Not every caller needs a police officer, but needs help and doesn’t know where else to turn. Requests for service vary from theft reports, welfare checks, collisions and everything in between.

Many officers answered the call for public service for the nation and their community following the terrorist attacks on Sept. 11, 2001. University of Kentucky Police Department Lt. Randall Webb was in high school when he had a visceral response to the thousands of lives lost that day, including 72 law enforcement officers.

As a result, he joined the Marine Corps and led a fire team of Marines in Fallujah, Iraq. Shortly thereafter, he joined the UK Police Department and has been serving the campus community for the past 12 years.

The coronavirus has changed the landscape of everyday life in dramatic ways, but it has not altered the oath that law enforcement officers have made to uphold the Constitution. It has not weakened their resolve to protect the lives of those who cannot protect themselves, nor has it interfered with their remembrance of those who died in the line of duty.

In memory of the 135 state, federal and local law enforcement officers that died in the United States last year, a virtual candlelight ceremony will be livestreamed at 8 p.m. EDT Wednesday, May 13. A total of 307 names will be read aloud and added to the ever-changing living memorial.

To join in solidarity and in support with the surviving families and agencies of these heroes who laid their lives for the betterment of their communities, please visit https://bit.ly/2Lerct4.