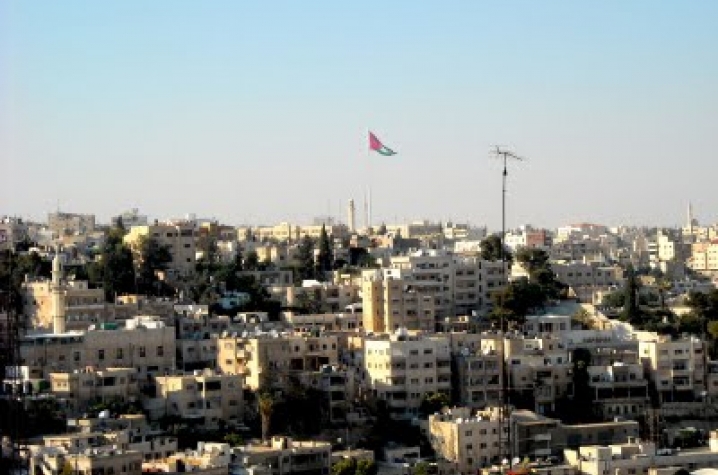 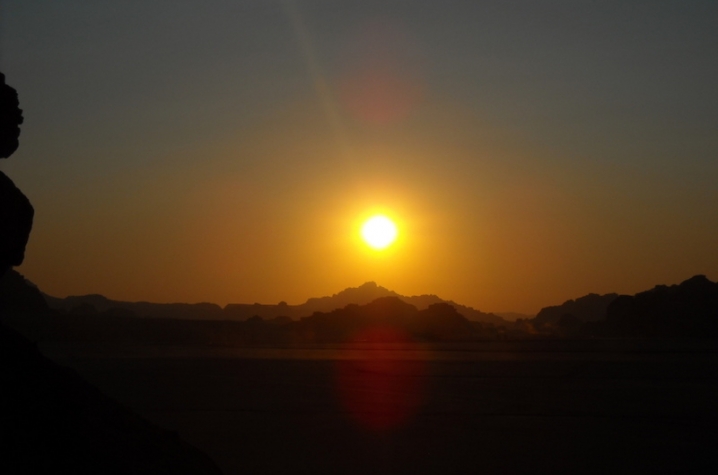 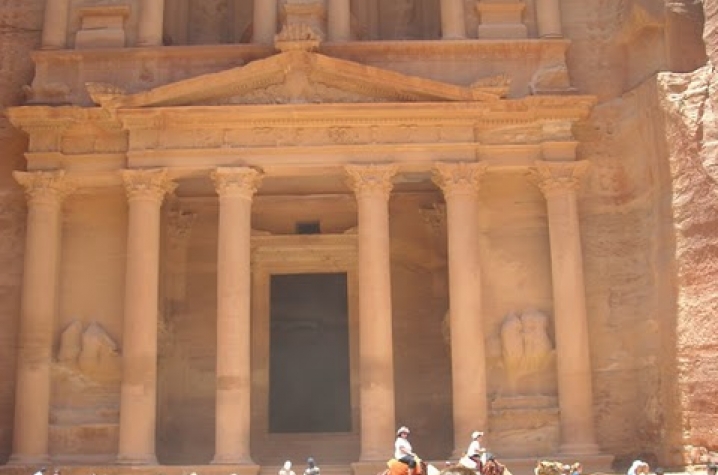 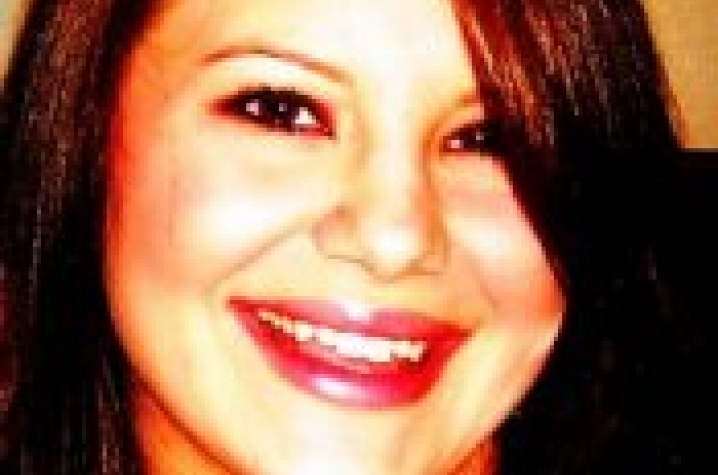 LEXINGTON, Ky. (July 27, 2011) — This has not been a summer by the pool for University of Kentucky rising junior Gwendolyn Schaefer who is participating in a seven-month study abroad experience in Amman, Jordan through Education Abroad at UK with AMIDEAST, a leading American nonprofit organization engaged in international education, training and development activities in the Middle East and North Africa (MENA).

Schaefer, an international studies and geography major, began the summer session in intensive Arabic language classes and will continue through the fall with Middle East and North African studies.  She has created a blog about her experiences, and the following is based upon online excerpts:

"I cannot begin to describe how excited I am about this new adventure in my life. Granted, now that the departure date is right around the corner (one week away), the nerves are setting in. I view nerves, however, as a healthy dose of reality. Although I have no doubt that this will indeed be the experience of a lifetime, I also know that it will be the most challenging. My adventures will be great, but my primary purpose is to be a student, and this summer will especially be quite rigorous as I take Arabic lessons for five hours a day, five days a week.

In addition to the Arabic instruction that I'll be receiving in the classroom, I've chosen to live with a host family throughout my stay, meaning that they'll only be speaking Arabic to me. I chose to live with a host family rather than live in student apartments because aside from the language benefit, I cannot truly understand the Arab culture unless I immerse myself into every aspect of their lives. Most importantly, though, I am thrilled about getting to volunteer in the community, for there is honestly no greater feeling than giving back to others and I hope to one day make a career out of improving the lives of others."

"Well, I FINALLY made it to Amman after a very strenuous couple of days. After a 12-hour flight to Amman from Chicago, I arrived in Jordan on a beautiful, sunny afternoon. Amman is quite the site to see. Sand-colored buildings fill the landscape, but there is something profoundly beautiful about life in this enormous city. The weather is also phenomenal with a consistent breeze and cloudless blue skies."

"After a very long week of grueling Arabic classes and infinite homework, this past weekend (Friday and Saturday in the Arab world) I finally got to put on my hiking boots and see the country.

The adventures started in Amman Thursday night when a group of us girls headed down to Rainbow Street, which houses a really nice cafe/art scene. I had visited the area several evenings before, but since we had heard that a film festival would be occurring, we had to check it out! After eating some scrumptious cake at a cafe across the street, we headed over to the Royal Film Institute for the film festival.

One film in particular stood out in my mind because it focused on the notion of honor. The director interviewed many people of diverse backgrounds in a shopping area that I visit every day. Some of the responses from pedestrians were quite haunting, as a few of them believed violence was the only way to avenge dishonor, particularly female dishonor. I am not saying whatsoever that Jordanians as a whole believe in honor killings, the fact that people from different parts of the world believe that honor killing is justified means that much more awareness and work need to be devoted to this cause.

After arriving home very late from the film festival, my head barely hit the pillow before I had to get up again, for I was about to embark on a bus ride to Petra, Wadi Rum, and Aqaba. Petra is, without a doubt, the most famous landmark of Jordan, as it receives roughly 3,000 visitors a day during peak season. It is essentially an ancient city, once inhabited by the Nabateans in the middle of the Shara Mountains. It a breathtaking site to witness. Wadi Rum is most known for being the film location of "Lawrence of Arabia" and it was just announced today that it will be included as a World Heritage Site. I honestly could not begin to describe how timeless and beautiful the landscape was.

In addition to merely experiencing the desert landscape, one also gets a dose of Bedouin culture when visiting, as our small group did a jeep tour through the area (most fun I've ever had) and sat around drinking tea with some Bedouins for a while, then finished by watching the sunset from atop a cliff. You really can't find anyone nicer than Bedouins. Their fragile lifestyle is extremely simplistic but more giving than with any American you'd meet on the street. Camping out in Bedouin tents for the night was a new experience, to say the least, but it was such a great time. The camp organized a dance party and dinner that night, and as the definite minority present, I can honestly say the experience was an authentic Arab culture immersion. And yes, I got out on the dance floor!

Finally, the beach town of Aqaba was our last destination. It was so weird looking across the Red Sea and literally seeing Egypt and Israel at the same time, with Saudi Arabia less than 10 minutes away. The most awkward part of the entire trip was the mere act of wearing a bathing suit. Even though I donned a swimsuit that was modest by American standards, I still felt as if I was performing a strip tease while taking off my cover up to get into the water. All of the women surrounding us were Muslim, so therefore they were fully garbed while the men pranced around in their speedos and various assortments of clothing. I had a great time at the beach, regardless, but it hard getting used to feeling so vulnerable in a swimsuit."

"Although it seems surreal, I have already been in Jordan for two whole weeks now and life keeps on presenting new and exciting opportunities.  I decided to dedicate today's post to everyday life in Amman and Jordanian society in general. I can only hope to give you a mere taste of what it is like to live in such a unique and intricate setting.

Driving into the heart of Amman, one can witness gigantic Roman ruins, Hellenistic art and Ottoman influence on just one street. Last night I went to a concert and was taken aback when I looked up at the neighboring hill and saw actual Roman pillars looming over me and soaking up the glory of a perfect sunset. Seeing the lasting impressions of ancient civilizations on a daily basis is something that I will never get used to. Growing up in the U.S., where there is no trace of the Byzantines, makes you fully appreciate the countries that do possess lasting figures of greatness of antiquity.

Contrary to popular belief, Jordan is not composed entirely of Muslims. Various sects of Christianity account for 6-8% of the total population. Although there are indeed practicing Christians and numerous churches, it is apparent that the title "Christian" is much more of a social category. After all, the ID card that all Jordanians are required to carry even states whether the person is Christian or Muslim. Let me specify that although Christians are indeed a minority here, daily relations between Christians and Muslims are perfectly normal. I'm sure that on a certain level discrimination does occur on both sides, but it's not like there is fighting in the street or Christians can't achieve high levels of power, because that's simply not the truth. Living with a Catholic host family is an extremely interesting experience, for although they are not outwardly against Muslims in any fashion, there are occasional undertones of injustice and definite differences of opinion.

Politics is another topic that simply can't be avoided in Jordan. Although I do not participate in political discussions with random Jordanians, one can't avoid hearing the political news in and around Jordan. At home, I would purposefully have to pull up a website to read the daily headlines about the region, but now, I just have to keep my ears open. The simple fact of the matter is that Jordanians are just more informed than the average American and they care much more about global and regional issues. Americans can live in their little bubble of ignorance because there are two oceans on either side of the continent separating the nation from the conflict in the Middle East. In Jordan, however, the war in Iraq is directly to the east and Israel/Palestine is directly to the west and it receives enormous numbers of refugees from both sides. Jordanians have no choice but to be politically and globally aware.

As an American traveling in Jordan, I do not receive open hostility. Although Jordanians hardly agree with American foreign policy, they do not hate all Americans. In fact, that is anything but the truth because Jordanians are the most hospitable people around. There are also signs of American pop culture and American business everywhere you go. Yes, there are McDonald's here (Mac is very popular) but I can walk down the road and shop at The Gap after grabbing some Starbucks. Granted, I refuse to partake in any of these activities because I don't see the point in doing something I could do at home while abroad, but if you need to be comforted by something familiar, you don't have to go very far to do so.

I was also shocked by the TV programs here. It is absolutely surreal to watch Nickelodeon or "The Smurfs" dubbed in Arabic. I was in a taxi the other day and the driver was listening to a channel that solely played American music and then when Lady Gaga came on the radio, he turned it way up and we all started jamming. Definitely didn't expect that experience to happen. Some Jordanians also have the weirdest taste in American music, for there is some profound love for extremely sentimental and sappy music. As I mentioned in my last post, I sang along with a bus of Jordanians to Celine Dion. I don't anticipate that ever happening back home.

The most challenging aspect of Jordanian society is, without a doubt, gender relations. Harassment towards women, American women in particular, is more annoying than it is dangerous. I can honestly say that since I've been here, I've never once felt endangered.

However, all of the cars honking and hearing the phrase "Welcome to Jordan!" from passing men is starting to get really old."

While Schaefer's blog has been mainly a point of contact for her family and friends back home, she hopes to help educate her readers about the real Middle East.

"It is my sincerest hope that this blog can open the eyes of Americans to the Middle East and will enrich hearts and minds along the way," Schaefer said. "There have been setbacks trying to get to Jordan, but setbacks are just a set of life's challenges that we all must go through in one shape or another. Some rise to the occasion, others fall wayside. I like to think that I passed the test."

To read more about Schaefer's experiences, follow her blog at http://kentuckymeetsjordan.blogspot.com/.