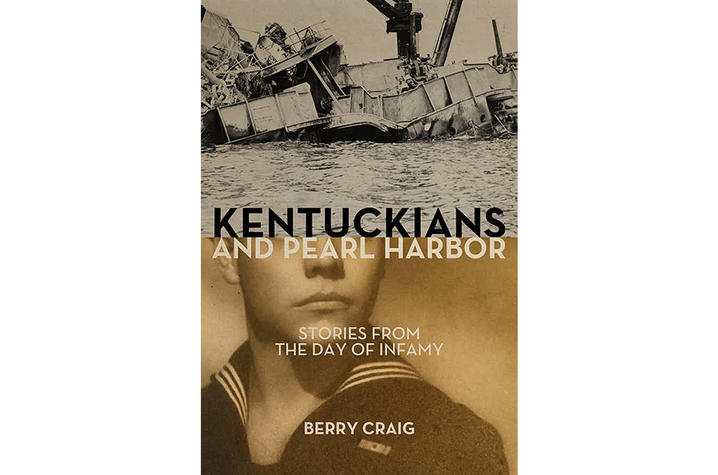 Japan's surprise attack on Pearl Harbor swept away any illusions Kentuckians had about being able to stay out of World War II. From Paducah to Pikeville, people sprang to action.

LEXINGTON, Ky. (Nov. 11, 2020) — When Japan attacked Pearl Harbor on Dec. 7, 1941, Kentuckians from Paducah to Pikeville jumped to action. In the University Press of Kentucky’s new book “Kentuckians and Pearl Harbor,” Berry Craig tells the story of this pivotal day in American history through the eyes of these Kentuckians, allowing their voices to emerge and come back to life.

In his latest book, author Berry Craig employs an impressive array of newspapers, unpublished memoirs, oral histories and official military records to offer a ground-up look at the day that Franklin D. Roosevelt said would ‘live in infamy,’ and its aftermath in the Bluegrass State. In a series of vignettes, Craig uncovers the untold, forgotten, or little-known stories of ordinary people, military and civilian, on the most extraordinary day of their lives.

Craig is an emeritus professor of history at West Kentucky Community and Technical College in Paducah. He received a master’s degree in history and journalism from Murray State University. In 2011, Craig received the Jesse Stuart Media Award from the Kentucky School Media Association. He has written several books including “Hidden History of Kentucky Soldiers” and “True Tales of Old-Time Kentucky Politics: Bombast, Bourbon & Burgoo.”