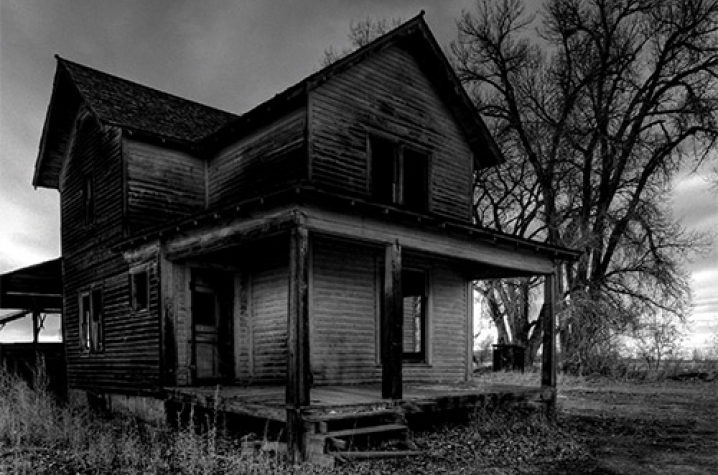 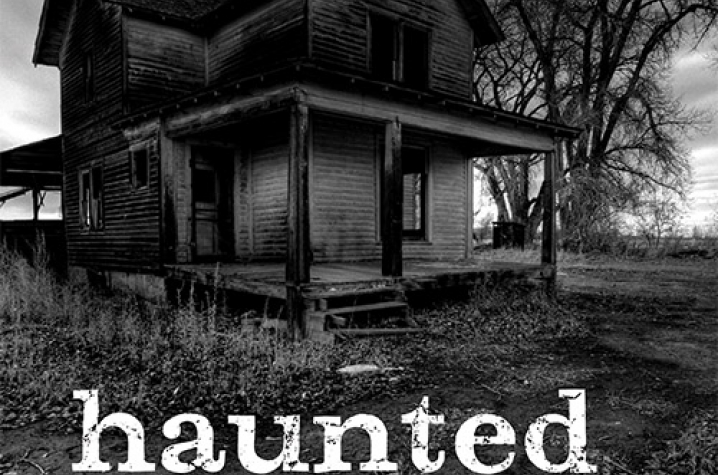 LEXINGTON, Ky. (Oct. 28, 2014) — The supernatural is more popular than ever. Movies like the "Paranormal Activity" series and books like Charlaine Harris’s Sookie Stackhouse vampire mysteries have generated huge fans bases, and horror master Stephen King continues to produce bestseller after bestseller. At a time when technology exerts an increasing influence over our lives, perhaps the idea of the unknown and intangible still has the potential to capture our imaginations and, occasionally, make us want to pull the covers over our heads.

Kentucky has its own rich legacy of ghostly visitations. In "Haunted Houses and Family Ghosts of Kentucky," noted folklorist William Lynwood Montell offers a compelling collection of tales from across the Commonwealth, told to us as they were told to him. The shadow of a dead girl in a window, the vanishing apparition of a husband long dead, the creaks and groans of a house that may just have a life of its own — these tales and more will frighten and intrigue even the most skeptical reader. From 103 counties and 261 mouths, Montell offers an amazing glimpse at just how many people claim — and truly believe — they have had paranormal experiences.

In this book from University Press of Kentucky (UPK), Montell argues that these stories are valuable because they capture an oral tradition that is quickly dying in our fast-paced, media-driven society. Many of the stories date back to the 1870s and the 1880s and reveal historical information about buildings and peoples never recorded in formal documents.

“People just took the time back then to share these family and community stories because that was their way of entertaining each other. People need to record these family stories while there is a person around who can still tell them,” Montell said.

An excerpt of Montell's "Haunted Houses and Family Ghosts of Kentucky" can be read below.

Mom died when I was just fifteen years old. Well, once when I was alone in my house here in Princeton, I felt something smoothing my hair down just like my mother always did when she'd rub it with her hands. I turned around, and there Mom was, her spirit, standing there right in front of me.

I was so glad to see her again, but I almost fell out of my chair when I saw her and she spoke to me.

When I looked back up toward her, she was gone.

Montell himself has had two brushes with the supernatural. At the age of six, he claims to have seen his dead grandmother and described her in perfect detail to his mother, who said he was too young when she was alive to have remembered what the women looked like. Later, in the 1980s, he felt the presence of a woman who haunted an inn where he was staying in Louisiana. These experiences have taught him how important it is to listen to people’s tales with an open mind and a capacity for understanding. "Whether you believe or don’t believe is not important. What is important is that the people who tell these stories believe them."