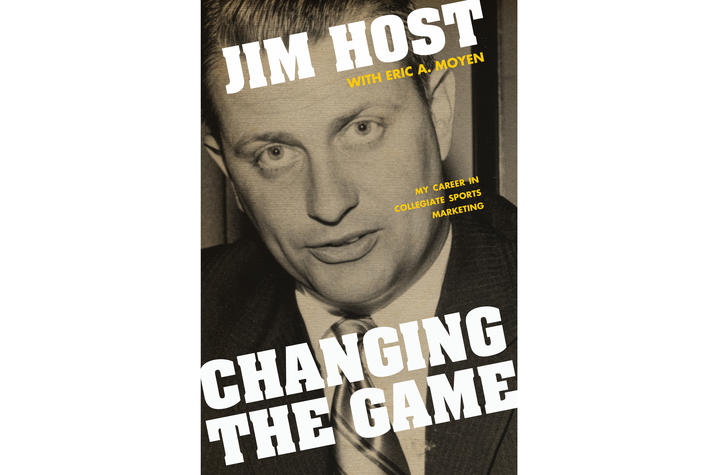 LEXINGTON, Ky. (March 27, 2020) — It’s safe to say that many Kentuckians and collegiate athletic fans are no stranger to the name Jim Host. In his new book, “Changing the Game,” written with Eric A. Moyen and published by the University Press of Kentucky, Host details his entrepreneurial career in sports marketing.

In “Changing the Game,” Host, a former student and baseball player at the University of Kentucky, describes his achievements in sports radio, management and broadcasting. As a pioneer in college sports marketing, Host is the founder and CEO of Host Communications, a nationally renowned marketing and association management firm located in Lexington.

Host Communications ran the NCAA radio network for more than a quarter of a century.

A 1961 graduate of UK from what is now the College of Communication and Information, Host has frequently been the driving force of innovation in collegiate sports. He invented the concept of bundled licensing, encouraging corporate partners to become official sponsors of athletic programs across media formats. Host and his team developed the NCAA Radio Network and introduced the NCAA’s Corporate Partner Program — employing companies such as Gillette, Valvoline, Coca-Cola and Pizza Hut to promote university athletic programs and the NCAA at-large.

"Jim Host is an American icon whose work ethic, honesty, and leadership brought him unparalleled success,” said Bob Vecchione, CEO of the National Association of Collegiate Directors of Athletics. “It's hard to imagine any former student-athlete who has given back more to the intercollegiate enterprise than Host. This is a must-read for anyone with career aspirations in sports business."

This memoir is Host’s first complete account of his professional life, including his time in minor league baseball, real estate, politics and the insurance industry. Following his career as a Wildcat, Host oversaw the construction of the Lexington Civic Center and Rupp Arena at Central Bank Center, the Kentucky Horse Park and the KFC Yum! Center.