Video produced by UK Public Relations and Marketing. To view captions for this video, push play and click on the CC icon in the bottom right hand corner of the screen. If using a mobile device, click the "thought bubble" icon in the same area.

LEXINGTON, Ky. (June 1, 2018) — When the UKNow team sat down with Joe Ross and Teddy Ray, who along with Heidi Hays own the delicious doughnut dynasty that is North Lime Coffee and Donuts, the first question we asked was, “what did you have for breakfast?”

“I’ll give you one guess,” Joe Ross, a College of Health Sciences graduate, said. “I had a doughnut. And coffee. I have a doughnut and coffee every day.”

Doughnuts and coffee are the foundation of a brand that is fun and that makes going to work for the three UK alumni owners and their employees a joy.

Prior to opening their first location in 2012, Ross, Ray and Hays were all working in the Lexington community at various jobs — none of them related to doughnuts. Ross was a mortgage broker. Hays, a College of Engineering graduate, was an engineer at Lexmark by day and a baker by night. Ray, a graduate of both the College of Communication and Information and the Gatton College of Business and Economics’ MBA program, was and continues to be, lead pastor at Offerings Community of Lexington First United Methodist Church. While the three were at the University of Kentucky at the same time, they didn’t connect until after college when fate — and faith — intervened.

“Heidi was part of a bible study my wife and I were in,” Ray said at the Clays Mill location of North Lime, the second store they opened in 2014. “We knew Heidi was taking vacation days to meet all the cake orders she had and that her cakes were fantastic. I had always wanted to open a bakery and coffee shop. She and I met and talked about opening a store, but we needed a coffee guy. Heidi’s friend Kristin (now Ross’s wife) knew a guy that knew about coffee and introduced us to Joe. The rest is history.”

“I had wanted to open a doughnut and coffee shop for years,” Ross said. The former Starbucks barista had noticed that when he was serving coffee to customers in the drive-thru that they would have bags of doughnuts from other places but come to them for coffee. “I knew Lexington was missing a place where people could get both.”

The three met, decided coffee and doughnuts was the way to go and went into business together.

“I’m not sure where we would be without one another,” Ross said. “Heidi perfected our cake doughnuts. A family yeast roll recipe is the basis for our yeast doughnuts. Teddy is the driver of the bus; he makes people go and do and believe in themselves.”

And a little luck along the way doesn’t hurt either.

“On the day we opened the original location in 2012,” Ray said, “an artist was painting a street-art mural on the side of the building across the street from us. There was a lot of foot traffic in the area that would not normally have been there. We sold out of doughnuts before noon and we knew we had something.”

“We learn something new every day,” Ross said. “At least once a week I say, ‘how did I not know this before?’”

But learning together with their employees is what makes their business fun.

“The doughnut enterprise is fun because the product is fun,” Ray said. “We don’t take ourselves too seriously. We make fun things, we share fun things on our social media channels and our employees contribute to the creative process. The business side is like running any other business — payroll, expense reports, etc. — but what we realized at the beginning was how do we help our employees? What can we teach them and how can we help develop them for their next steps? That’s what makes it rewarding for us.”

The sense of community is noticeable the second you walk into any of the North Lime locations including the most recently opened store in Old Louisville.

“We want to be a place for community,” Ross said. “Doughnuts are approachable and all age ranges love them, but it’s not just about doughnuts. A lot happens over coffee and doughnuts and we want to be the place where that happens.”

Now as business owners, the UK alumni see their alma mater in a different light than they did as students.

“I’m super proud to be a UK graduate,” Ross said. “I’ve always known I was going to go to UK — both of my parents are alums. It’s a family tradition — it’s what we do.”

“As a life-long Lexingtonian, UK influences the city so much,” Ray said. “As a business owner I look at UK as a partner. It’s only bringing more people to us and is a constant positive influence on us.”

The lessons they learned at UK play into their business philosophy and gave them the tools — and friendships — to be successful.

“In my MBA program,” Ray said, “we had to create a business plan. I have no idea what I created then, but the whole program trained me to look at financials, see what is going on in a business and know how to come up with solutions to fix any problems.”

“My degree is in hospital administration,” Ross said. “While that’s not what I do now, the marketing, management and finance classes that were part of that program taught me a lot. But the biggest impact on my life from my time at UK is the friends that I made while in school. Those friends helped me form tons of creative ideas and this happened to be the one that came to fruition.”

Ross and Ray want today’s students to take that risk and follow their passions.

“Participate and initiate,” Ray said. “Recognize those opportunities to step up and step in. You’re not going to be discovered sitting in the wings.”

“Take that leap, do the small things, try something,” Ross said. “You don’t have to have a 10-year plan that you’ve worked 5 years on. Reach out to people who are doing something similar to what you want to do and ask them if they are willing to mentor you. It makes the risk seem less risky.” 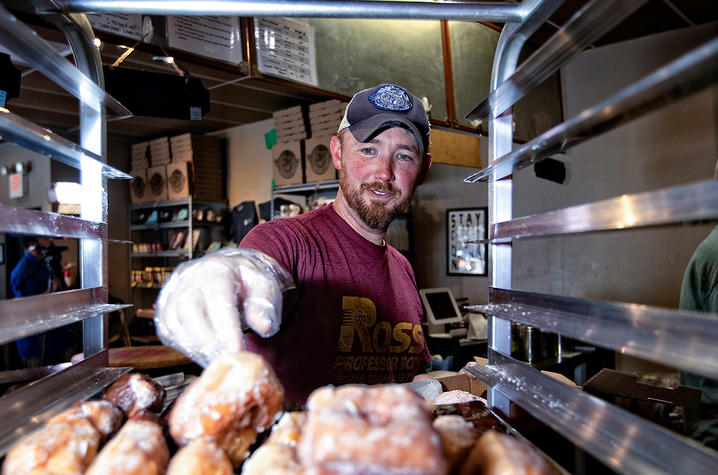 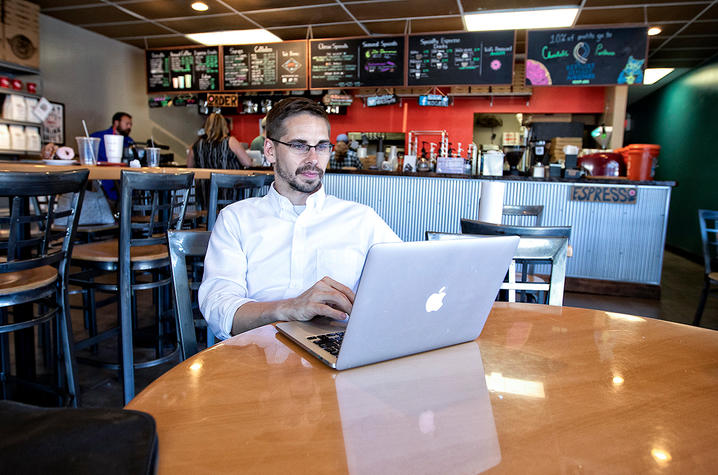 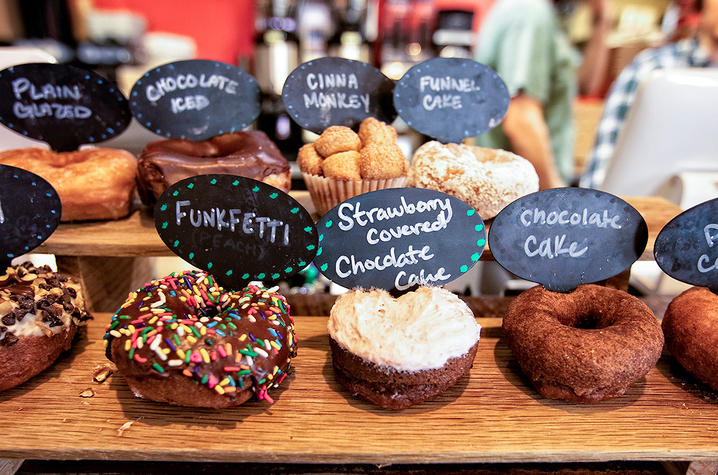 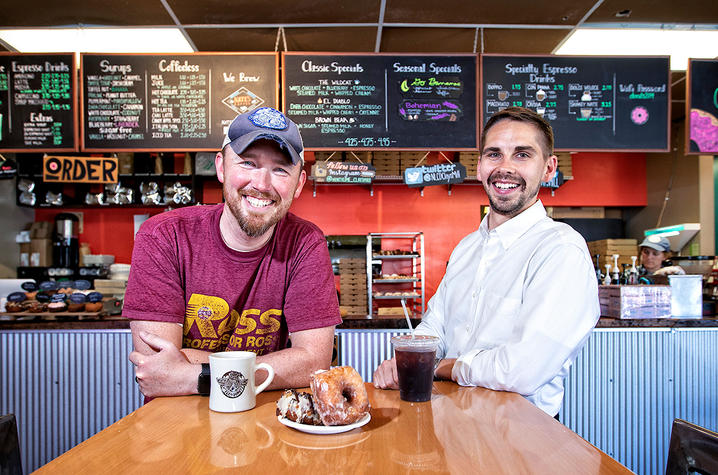