African-American students were concerned about what they perceive as a lack of progress in efforts to enroll and graduate more students of color, ensure financial stability, and create the “community of belonging” so central to Eli Capilouto’s vision as president of UK.

That was the message the Radcliff, Kentucky, senior conveyed in a meeting a little more than a week ago with Sonja Feist-Price, UK’s vice president for institutional diversity. Within a few hours, plans were made to meet with Capilouto, Provost David W. Blackwell and senior members of his team from areas covering enrollment and student and academic life.

Over the next few days following that initial meeting, dozens of African-American students met for hours to discuss and prepare for the dialogue with Capilouto and others. In one meeting, nearly 70 students met at UK’s White Hall Classroom Building to share concerns and plot a course ahead.

The result was a more than 90-minute conversation last Wednesday evening with nearly 30 students at Maxwell Place, the president’s home in the heart of the campus.

Students talked about their lived experiences on campus as people of color in ways that were “detailed and raw as they come,” Craig said. But, at the same time, the hope was to have a deep discussion and dialogue around shared concerns, discussing points of progress that had been made, and creating a common understanding for how efforts and improvements could expand and continue.

“I want all African-American students to feel like they have a home, like they do belong,” said Aaron Porter Jr., a communications senior from Indianapolis. “The students that were there want to be involved. They want to make a change, to make the university better.”

Even as he acknowledged the sustained progress that has been made in creating a more inclusive community of belonging, Capilouto said it was not time to shy away from the “disappointment” that success isn’t happening more rapidly on a number of fronts.

“I was there to listen, deeply and intently, but to also express that their concerns and their disappointments are mine as well,” Capilouto said after the meeting. “Any gap in student success is too much. And an important component of our students’ success is the ability to see themselves in the faculty and staff who lead this institution and support those we teach. We’ve made undeniable progress, but it is not coming quickly enough, and we must do more to communicate how this is a priority.”

For example, Capilouto cited the fact that nearly a quarter of bachelor’s degrees among African-American students in the state’s public institutions come from UK, up several percentage points since 2011. UK also educates about a quarter of the students overall.

In roughly the same time period, the six-year graduation rate among Black or African-American students has climbed about 5 percentage points, with early figures showing that it went above 50 percent this past year. Yet, the gap in graduation rates between Black and African-American students and the student population generally is more than 15 percent.

“If students don’t hear from us, they may think things are not happening,” Feist-Price said. “We see this as an ongoing conversation. We can advance the conversation in ways we may not have before.”

One of the student leaders, Chandler Frierson, agreed, saying that students realize that change “takes time. Everything’s not going to happen overnight. But solidifying commitments (such as those discussed is necessary) to ensure ongoing dialogue and action.”

“This is not just about my success,” said Frierson, an integrated strategic communications sophomore from Atlanta, “but others in the community. We prioritized this effort because we believe it will pay off in the end.” 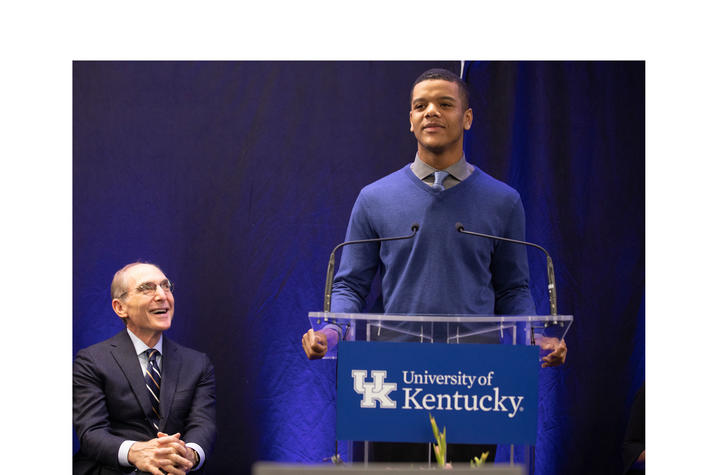 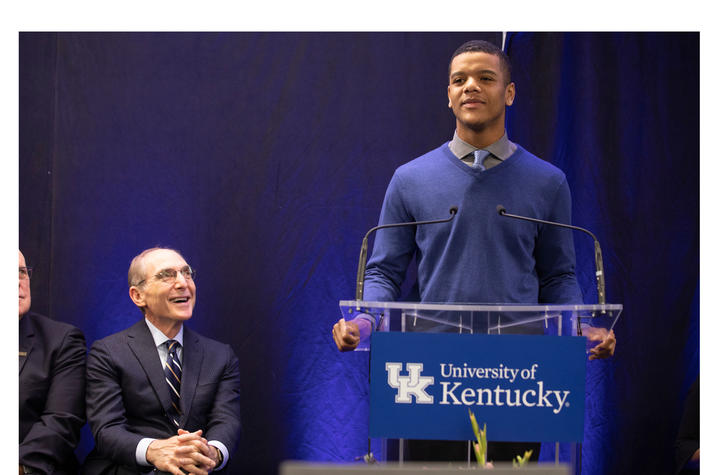