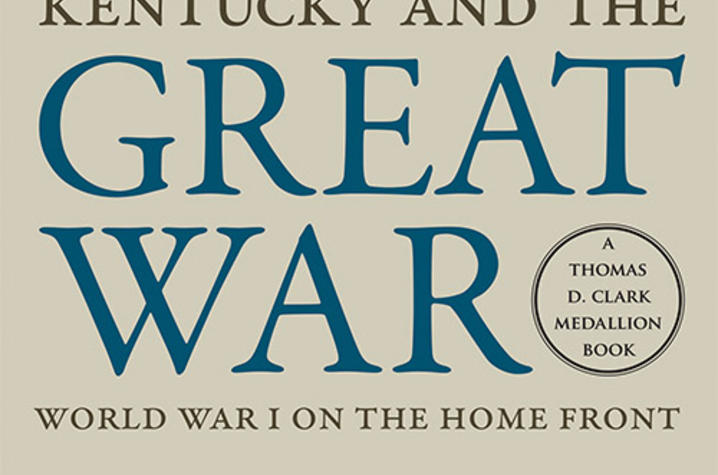 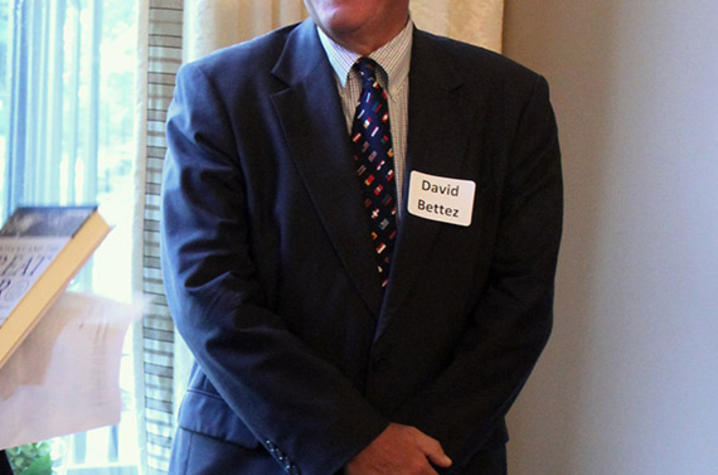 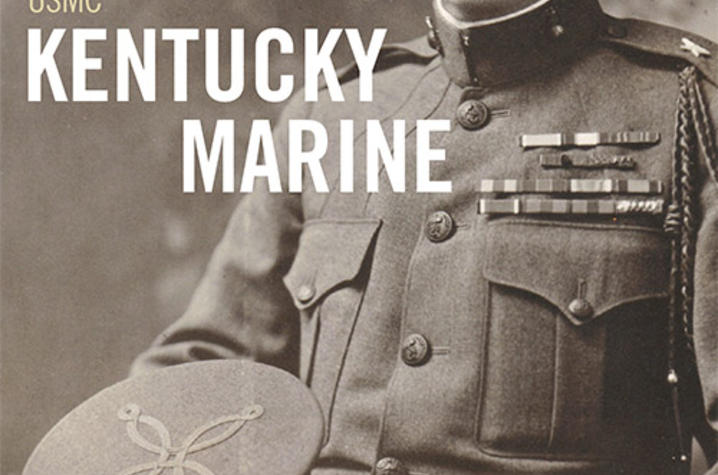 LEXINGTON, Ky. (Sept. 29, 2016) — "Kentucky and the Great War: World War I on the Home Front," by historian and former University of Kentucky administrator David J. Bettez, was named this year's Thomas D. Clark Medallion recipient at a ceremony held Sept. 23, at UK's Maxwell Place. The book is considered the first comprehensive analysis of the impact of the Great War on Bluegrass society, politics, economy and culture, contextualizing the state’s involvement within the national experience.

The Thomas D. Clark Medallion is presented by the Thomas D. Clark Foundation, which was established in 1994 in honor of Thomas D. Clark, Kentucky’s historian laureate and founder of the University Press of Kentucky (UPK). Since 2012, the foundation has chosen one book each year that highlights Kentucky history and culture to be honored with a Clark Medallion. Previous medallion recipients are "Kentucky Government, Politics and Public Policy," "The Hills Remember: The Complete Short Stories of James Still," "Violence Against Women in Kentucky: A History of U.S. and State Legislative Reform" and The Kentucky African American Encyclopedia.

Next year marks the 100th anniversary of the United States’ entry into World War I. Since that day in April 1917, many books have been written detailing the war and exploring its effects on the world and nation at large, but no comprehensive history of the war’s effects on Kentucky existed.

At the outbreak of the war, most citizens had relatively little government interaction in their daily lives. In addition, Kentuckians’ unique way of identifying by county did little to promote unity. However, unlike the Civil War, which pitted brother against brother, Kentuckians of all ages, races, both sexes, and every political, economic and social status were expected to “do their part.” The Kentucky that emerged from the war was markedly different than the state that entered it.

"Kentucky and the Great War," published by UPK, focuses mainly on the domestic aspects of Kentucky’s contribution. Bettez gathered information for the book from sources all over the state, including numerous local newspapers along with surviving county-specific histories of the war compiled at the time under the direction of state war historian Fred Caldwell.

Bettez begins by outlining Kentuckians’ responses to the outbreak of war in 1914 and the decision to enter the war in 1917, and continues with chapters on army installations in the state, the impact of the war on women and African Americans, the role of religious groups and institutions of higher education on the home front, and the impact of the war of the state’s economy.

Rather than focus on the contributions that Kentuckians made oversees, Bettez discusses the impact of the war more locally. As a state dominated by mining and agriculture, Kentucky saw a boom in both industries, which set the stage for continued growth through the 1920s. The state’s large agrarian population also made it easier for government programs such as the Food and Fuel Administration to permeate even the most remote parts of Kentucky, reaching both white and African-American rural farmers. With a large number of men overseas, women were also able to take a more prominent role statewide, and chapters of the Women’s Committee of the Council of National Defense, under the direction of Sallie Bruce of Louisville, organized and led community garden efforts throughout the state to provide food for the nation.

Bettez, though focused on the home front, does not leave out the important contributions of Kentuckians who served “over there.” With one of the lowest draft-dodging rates in the nation, Kentuckians showed that while they were a divided state, they were more than willing to unite in order to defend the nation. Over 100,000 Kentucky men served, including several key leaders in the overseas war effort, such as Army Chief of Staff Maj. Gen. Hugh Scott of Danville and Gen. Logan Feland of Hopkinsville, who led the Marine Corp efforts at the Battle of Belleau Wood. In addition, two Kentuckians, Willy Sandlin and Samuel Woodfill, received the Medal of Honor for their actions overseas.

UPK is the scholarly publisher for the Commonwealth of Kentucky, representing a consortium that includes all of the state universities, five private colleges and two historical societies. The press’ editorial program focuses on the humanities and the social sciences. Offices for the administrative, editorial, production and marketing departments of the press are found at UK, which provides financial support toward the operating expenses of the publishing operation through the UK Libraries.