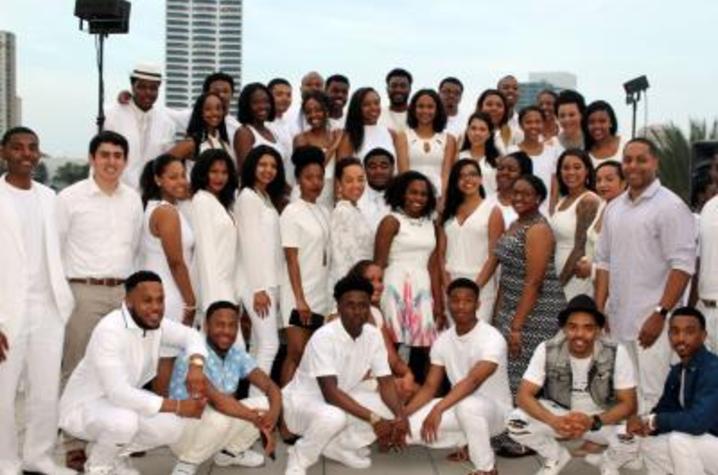 LEXINGTON, Ky., (April 22, 2016) — For the fourth consecutive year, the University of Kentucky MANRRS chapter was named National Chapter of the Year at the recent 31st annual conference for Minorities in Agriculture, Natural Resources and Related Sciences (MANRRS). The chapter, housed in the UK College of Agriculture, Food and Environment, also brought home honors for students and 4-H agents.

Quentin Tyler, assistant dean and director of the college’s Office of Diversity, heaped praise on the students and advisers of the chapter. Tyler is completing his term as national MANRRS professional president May 1 and will move into the role of immediate past president, a three-year term.

“I am very proud of the strength, courage and vision of this year’s group. From the beginning of the year, they had a collective goal of winning the National Chapter of the Year for the fourth consecutive time,” he said. “Not only did they perform well in the classroom, they also excelled in the areas of community and campus involvement, leadership and buying into what MANRRS represents.”

Tyler said businesses, government organizations and other colleges and universities took notice of the exceptional students that make up the UK MANRRS chapter.

“Despite our membership consisting of more than 40 percent freshmen, it is evident that we as a college have a strong foundation and support from our leadership that turns the dreams of our students into reality,” Tyler said. “I have been fortunate to not only serve as president of an amazing organization but to see the growth of the UK MANRRS chapter. Four years of being recognized as the best chapter of 75 across 38 states is an amazing accomplishment.”

Tyler and co-advisers Antomia Farrell and Natasha Saunders took more than 70 delegates to Jacksonville, Florida, for the conference. The students’ written report and oral presentation to the national gathering described the chapter’s membership, leadership development, community service and activities, and contained ideas for promoting the national society.

Marcus Tyler, a sophomore majoring in agricultural economics, was elected to serve as the national MANRRS undergraduate president.

Tiffany Harper, a graduate student in community and leadership development, is now serving as national MANRRS region I and V graduate vice president.

And, at the annual awards ceremony for the UK MANRRS chapter held on April 20, junior J.D. Harmon, a member of the Wildcat football team, was named as the new MANRRS member of the year for 2015-16.

For more information about UK MANRRS and the UK CAFE Office of Diversity, visit http://diversity.ca.uky.edu/.