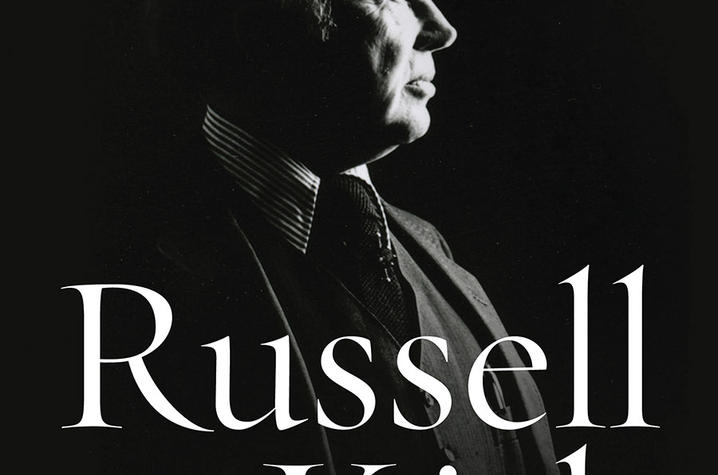 ISI is a nonprofit educational organization devoted to the promotion of conservative thought on college campuses. It was founded in 1953 by Frank Chodorov with William F. Buckley Jr. as its first president. "Russell Kirk" was selected from among 60 nominees for this year’s award, which honors the book that best advances conservative principles. The judges who selected the Paolucci Book Award winner include: Amity Shlaes, author of "Coolidge" and "The Forgotten Man"; Angelo M. Codevilla, author of "Advice to War Presidents" (winner of the 2010 Paolucci Book Award); Serphin Maltese, former chairman of the Conservative Party of New York; Clara Sarrocco, executive director of the Council on National Literatures; Matthew A. Pauley, chair of political science and legal studies at Manhattanville College; and Ronald F. Docksai, president of the Walter Bagehot Council.

Emerging from two decades of the Great Depression and the New Deal and facing the rise of radical ideologies abroad, the American right seemed beaten, broken and adrift in the early 1950s. Although conservative luminaries such as Leo Strauss and Eric Voegelin all published important works at this time, none of their writings would match the influence of Russell Kirk’s 1953 masterpiece "The Conservative Mind." This seminal book became the intellectual touchstone for a reinvigorated movement and sparked a change in Americans’ attitudes toward traditionalism.

In "Russell Kirk," Birzer investigates the life and work of the man known as the founder of postwar conservatism in America. Drawing on papers and diaries that have only recently become available to the public, Birzer presents a thorough exploration of Kirk’s intellectual roots and development. The first to examine the theorist’s prolific writings on literature and culture, this magisterial study illuminates Kirk’s lasting influence on figures such as T. S. Eliot, William F. Buckley Jr. and Sen. Barry Goldwater — who persuaded a reluctant Kirk to participate in his campaign for the presidency in 1964.

The winner of the Paolucci Book Award will receive a $5,000 cash prize. In addition, Birzer will deliver a talk about the legacy of Russell Kirk at ISI’s awards dinner in Philadelphia on Saturday, Oct. 1. C-SPAN’s “Book TV” has broadcast the Paolucci winner’s talk each of the past ten10 years and plans to do so again this year.

Bradley J. Birzer is the Russell Amos Kirk Chair in American Studies and a professor of history at Hillsdale College. He is also the second Visiting Scholar of Conservative Thought and Policy at University of Colorado-Boulder. Birzer is the author of "American Cicero: The Life of Charles Carroll" and "Sanctifying the World: The Augustinian Life and Mind of Christopher Dawson."