What if I told you, Facebook is the third largest country in the world in terms of population? Would you be surprised? Would you think I was lying?

Incredibly, Facebook has over 600 million registered users, making it the third largest country in the world – if it were a country.

Two-thirds of the global population visits a social network and 96 percent of our 18-35 year-olds are connected to some social network. In the last three years, social media usage has expanded exponentially and there is unexplored potential for incorporating these important tools in our classrooms and daily communications.

Recently, social media have changed the course of entire governments having played a considerable role in rallying support behind protests in Iran, Egypt and Libya.  But the impact goes beyond political movements and into a more traditional part of life: College.

Social media have altered fundamental methods for the way we recruit, retain and educate students. Eighty percent of college instructors use some form of social media and one third of faculty use Twitter. When faculty were asked why they use Twitter they provided the following responses:

Knowledge consumption is constantly changing and our most adept users, enrolled and prospective students, are engaging in a number of different ways. Therefore, a major part of the University’s See Blue campaign was increasing our social media platform.

It is in that spirit that I announce my effort to join the world of social media. Starting today, I will actively engage with students, faculty, staff and the broader community through my Twitter, Facebook fan page and blog.

In order to effectively listen and add value to my accessibility through these new mediums, I need your participation and constructive feedback. I am making myself open and expanding our dialogue through social media, which can be similarly effective to my meetings across campus but with broader access and increased frequency in idea sharing.

Finally, if you’re curious, the statistics I mentioned were compiled by CatchFire Media and Stamats, a higher education consultancy, and posted to YouTube, the world’s second largest search engine.

Yesterday, when I clicked “play,” it was one of the 3 billion videos viewed that day. 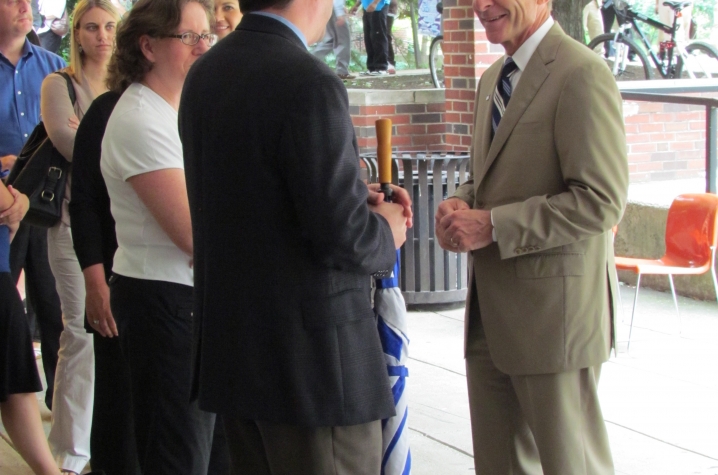