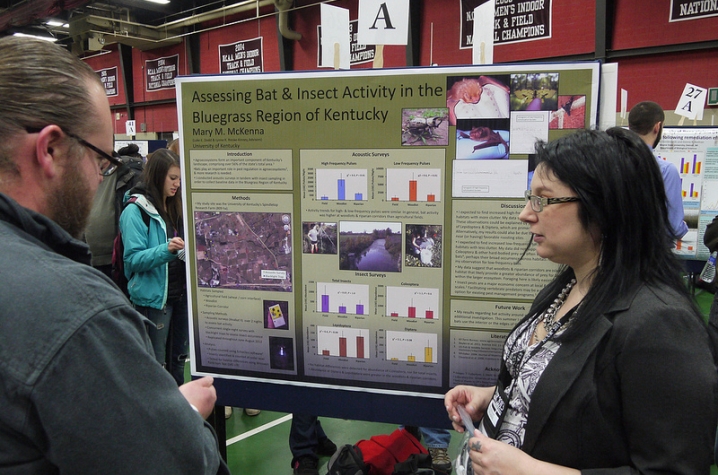 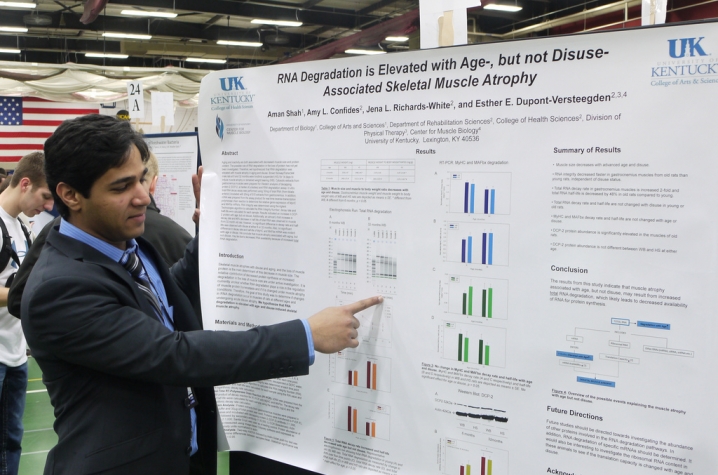 Earlier this semester, I welcomed the first "guest blogger" to share her experience at the 2013 Inauguration. The second in the series, Keith Hautala (UKPR) chronicles the 2013 National Conference on Undergraduate Research as the University of Kentucky prepares to host in 2014.

Some 30 University of Kentucky undergraduates and four staff members boarded a bus early Wednesday morning and headed north for the National Conference on Undergraduate Research (NCUR) at the University of Wisconsin-La Crosse. The student contingent would be joining their peers from hundreds of colleges and universities across the country to give oral and poster presentations at what has become the largest conference of its kind. The staff members would join a handful of UK representatives already in La Crosse, to observe and prepare for when the University of Kentucky and Lexington host NCUR in 2014.

After a 12-hour ride -- leaving behind the warmth of the Bluegrass for chilly Northern climes -- the UK delegation showed no sign of weariness on Thursday morning.

The students in particular, some still in their first year, seemed to have been overtaken by a sense of earnest enthusiasm and excitement. After spending a couple of days with them, it's easy to see why.

These students are not the type to become bored easily. Rather, they approach the world around them with an intense interest and a chronic curiosity that is never fully satisfied. I was struck, during the opening plenary presentation, by just how silent a room full of 1,000 students can be. They sat, rapt and enthralled, as they listened to Arctic explorer and preservationist Will Steger tell his story of a four-and-a-half-month long dogsled expedition, traversing hundreds of miles of hostile, barren ice. Steger spoke, almost offhandedly, about finally reaching the point of no access, "the place where nobody had ever been before."

That's really what research is all about. Going where nobody has been. Breaking boundaries, exploring. Learning things that had never been known. Adding to the vast store of humanity's knowledge of the natural world, as well as the worlds of our own creation. It's easy to understand why these students were excited.

Talking to several of the UK students during the poster session, it became clear that these students are truly animated, even driven, by a passion for their work. It's the type of outlook that can turn just about any subject into the most interesting thing in the world.

I learned from Gareth Voss about his investigation into the regeneration of salamander tails, and how someday this knowledge could have revolutionary implications for medicine. I talked with Sarah Whelan about the parasitic fish called lamprey, and how understanding the rearrangement of its genome could lead to new insights on cancer. I listened to Talia Henkle talk about her research involving EIAV, a horse virus similar to HIV, the virus that causes AIDS. I met Mary McKenna, whose surveillance of bat activity could have immense value to agriculture.

These young scientists have embarked on paths that already lead far past graduation from UK. For them, research isn't just another school project. It's something important, something that actually matters. They aren't preparing for their futures, they are beginning them.