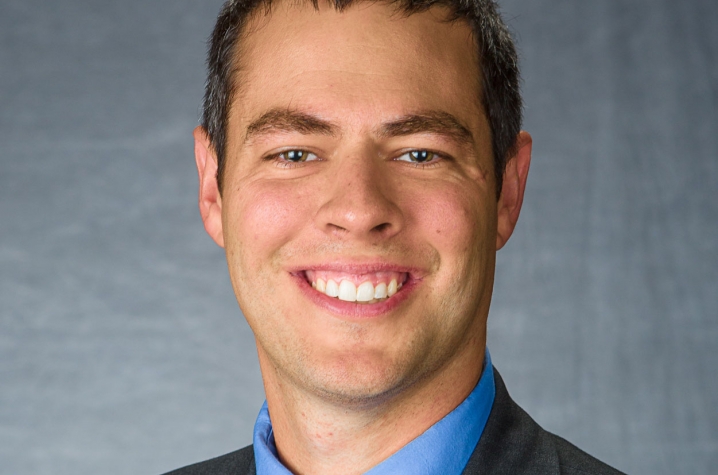 LEXINGTON, Ky. (Sept. 3, 2015) — Last spring, the Office of Naval Research (ONR) named Aaron Cramer, University of Kentucky assistant professor of electrical and computer engineering, one of its 2015 Young Investigator award recipients. Of the 383 research proposals aimed at “potential breakthrough advances for the Navy and Marine Corps” submitted to the ONR, Cramer’s was one of 36 to earn funding from a pool of $18.8 million.

The focus of Cramer’s work is part of the growing trend toward smarter modes of transportation — in his case, naval warships powered entirely by electricity. The Navy has been developing the DDG 1000 all-electric ship for more than 20 years now, and according to Cramer, they are the future.

Cramer notes that ships currently populating the naval fleet are hindered by an energy imbalance; that is, almost all of the ship’s energy is directed toward enabling the ship to move. The energy that is left over is then used for the ship’s lights, computers, radars, etc. With the transition to all-electric power, an abundance of options emerge.

“The next wave of ships will be more flexible in terms of what they can do. The extra electrical capacity will enable engineers to introduce new kinds of sensors, new types of weapons and more,” Cramer explains.

Determining where the energy should go is the core of the proposal that made Cramer a Young Investigator. His project, titled “Market-Based Control of Shipboard Engineering Plants,” combines electrical engineering with economic theory to develop value-based models for control.

Cramer clarifies, “On an electric ship, the system will allow us to use electricity for whatever we want. The same watt used toward propulsion can also be used for lights, air conditioning, computers, sensors and more. So the question becomes, ‘What should I use it for?’ The idea is to apply ideas from economics to evaluate the set of things I can do and what is optimal. We do that by assigning a price to various applications. The price value signals where to put more power in a given set of circumstances. The higher the price, the more I need power at that point.”