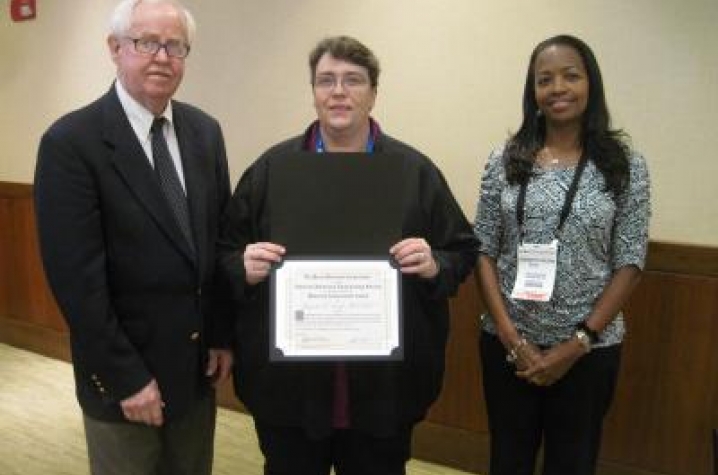 “Jacqueline has played a key role in our ability to provide early detection of animal disease outbreaks via a custom-developed mathematical disease cluster detection system,” he said. “This is vital to keeping Kentucky veterinarians, the Kentucky Department of Agriculture and the Kentucky Cabinet for Health and Family Services informed regarding endemic and emerging animal diseases, as well as confirmed diagnoses of zoonotic diseases that can spill over into the human population.”

Smith received her bachelor’s degree in agriculture from Berea College before moving to Madison, Wisconsin, to complete a master’s in dairy science in 2001. She joined the UK VDL epidemiology group as a research analyst in 2006 while earning a doctorate in animal science from UK with a strong focus on epidemiology, graduating in 2012. She has served as the epidemiology section chief since 2008.

The society annually awards the honorary diploma to up to 10 recipients who have made significant contributions to veterinary epidemiology.