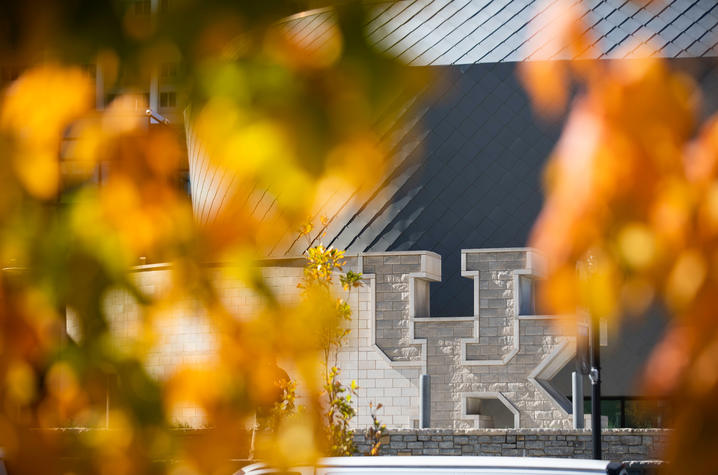 Your institution has weathered many storms at national and world levels, thus causing a ripple effect of hard times across campus. You may bear the torch of experiencing the next one where you are now. Don’t panic. It’s your turn to lead the community to better days and it will happen. There’s already scar tissue that shows we’ve been here before.

Astronaut Dr. Story Musgrave, who has been on six space missions and spent more time beyond earth than any human being to date suggested that “It’s useless to leave this Earth unless you know what it’s like to live in it.”

The past year has impacted all of us in similar yet unique ways both personally and professionally. This moment in time will be a historic marker that will be studied and analyzed by each future generation. Personal experiences and lost dreams like graduations, weddings, anniversaries, births, religious occasions, kids’ activities, holidays, retirements, and certainly the passing of loved ones painfully stand out. But even more importantly, the lost jobs, homes, educational opportunities and lives will be the defining legacy of our time.

In the midst of these disruptions, I find myself as someone who has worked professionally in philanthropy for over two decades, straddling between the past and present. Needing to see beyond todays ambiguity, I decided to change course and look to the future. You, too, have a story to tell. I hope this essay inspires you to preserve and share your story.

Our world continues to ride the arc of one of the most unpredictable health and economic circumstances in history, the outbreak of coronavirus disease (COVID-19). The silver lining during difficult times is that we often witness some of the best in humanity. Fundraising is the business of working to help others make a difference through the organizations we serve. Fortunately, altruism is further amplified during hardships.

This is not the first time I have been a part of a major fundraising campaign that came up against the headwinds of national crises. In the year 2001, while I was serving at United Way of Atlanta, the 9/11 terror attacks caused communities throughout the nation to join together to help one another near and far. Following a difficult but special campaign, Mark O’Connell, United Way president with over 37 years’ experience in the UW system said, “Brent, community doesn’t just ‘happen.’ It’s about people who care and give tirelessly for the things they believe in most. That’s why I chose this career. And the way this community came together is something we were very fortunate to be a part of professionally. You’ll carry it with you the rest of your life.”

Seven years later while working for the Indiana University Foundation, the 2008 financial crisis hit. We were in the final stage of the university’s largest campaign up to that point, Matching the Promise, with an original goal of $1 billion. Again, a national crisis struck, the campaign environment changed dramatically. A case for scholarships was all the more important. The campaign finished with great success in 2010, surpassing its goal and reaching $1.14 billion.

In both campaigns, the key to perseverance was leadership. It started at the top with presidents and executive volunteers. Their dogged commitment to the importance of the campaigns and their need to continue never wavered. They recast visions to meet the moment, not for the sake of the campaign, but as a resource for addressing immediate needs. Their optimism was leveraged by donors of heroic scale who willingly stepped up because they believed in the leadership and the power of their respective communities. Long before the crises, a vibrant culture of philanthropy existed due to the organizations’ relationship with constituents. Leadership communicated, encouraged, and remained steadfast.

Upon my arrival at the University of Kentucky in 2016 serving as associate vice president of Philanthropy, I found a thriving economic climate akin to when I began my fundraising career in 1998. By March 2020, the university had already received $1.4 billion toward a $2.1 billion campaign goal. Then, in the blink of an eye the world changed as the extent of the coronavirus pandemic became known. The campaign environment, once on a glide path to success, grew to be uncertain and understandably eclipsed by more pressing priorities, starting first with the university community’s health and well-being. Within a couple of weeks, I was asked, “What’s going to happen to the campaign?” “Is it going to be suspended?” The immediate answer was that nobody knew what was going to happen, nor frankly did it matter at the time.

University leadership acted quickly to avert further crisis making drastic changes to daily operations. Most faculty and staff were instructed to remain at home. Senior administrators and managers made provisionary plans for everyone who could to work remotely. The philanthropy office was no exception. First and foremost, we committed ourselves to the $2.1 billion campaign but knew we had to work differently. We began by reaching out to donors via email or telephone to give assurance that we were thinking of them and to express gratitude for their ongoing support. We made no request of gifts.

Our 42 gift officers made over 200 calls that first week. Many conversations lasted over an hour. Staff reported having some of their most meaningful discussions with donors because we had been gifted a wealth of time in a typically busy world. Donors expressed great appreciation that someone from the university reached out to them. Often they asked what they could do to assist. It was heartening as I learned about one conversation after another. One gift officer shared with me that she took flowers to a donor who was 97 years old. She presented the flowers to her from the window and left them at the doorstep. I do not recall a time in my career when the authenticity of relationships was more magnified. I could hear excitement in the voices of major gift officers as they spoke of how much they cared about the donors.

We also committed to keeping the campaign leadership council informed, led by the co-chairs. The president’s office helped organize a one-hour conference call with the campaign council. Thirty-nine of the 41 committee members from throughout the country participated. President Capilouto did a remarkable job providing an in-depth perspective of the university’s commitment to take care of students and the university community. Being one of few universities across the country with a full health care system and hospital on the main campus, the Commonwealth of Kentucky relied heavily on our university. The president described 19 work streams the university initiated that included facilities, student success, human resources, communications, etc. The call resulted in meaningful and positive dialogue. At that moment, communication became the key to the campaign’s ultimate success. The campaign council was informed and included, and remained motivated to support the university. The president continued making personal calls to campaign leaders as time went on. It was exemplary leadership steeped in communications, transparency, and a steady presence of emotional intelligence that ultimately made all the difference as the campaign regains momentum.

One of the great moments I shall hold on to forever was led by Mike Richey, our vice president for philanthropy and alumni engagement. From March, when most staff began working from home, to the time of writing this article, I do not think he missed a day in the office. One afternoon he and I were discussing donors who we knew were having an especially hard time being confined to the indoors and who were probably very lonely. “I wish there was something we could do,” he said. After a few minutes of tossing ideas around, he suggested we take the university to them. Over the next seven weeks we scheduled times to go to select places on campus and record on-camera messages. I used an iPad to record our VP as he stood against the back drop of a building with a donor’s name on it or a meaningful place of nostalgia representing philanthropy at work. He spoke directly to that donor with a greeting and a reminder about how much their giving has meant to students and the campus. The video messages were a special surprise to our donors, and they also served as a great addition to our philanthropy archives, preserving the poignant stories for future generations.

Our team at the University of Kentucky had exceptional performance during the COVID-19 pandemic. We created greater efficiencies, better digital work processes, and financial savings that will live well beyond COVID; and everyone learned to “Zoom.” Not only was a record number of individual calls made to donors, but the university’s Office of Student and Academic Life led an initiative to make personal calls to check in on all enrolled students, over 31,000 of them! It took our entire community and the philanthropy office made over 6,000 of those calls. And as fundraising goes, the university went on to finish one of its best fundraising years with new gifts and pledges surpassing $200 million for the third straight year in FY 2020. This was a testament to philanthropy staff who quickly realigned their approach to donor outreach. Moreover, it prompted generous university benefactors, who knew the importance of their generosity, to also support a basic needs fund for students. Ultimately, the key to success became a thoughtful range of ways to engage and communicate both internally and externally, keeping the family together.

The experience of 2020 was a vivid reminder that, in fundraising, we are in the business of working to help others and make a difference through the organizations we serve. The silver lining during difficult times is that we see some of the best sides of humanity. I will always remember the inspirational words the campaign chair for the UK College of Engineering shared with me in 2020: “Challenge provides the opportunity for greatness!”

The past year has been very difficult for all of us. But I encourage you to pause and reflect on the positive moments. I am reminded of the philosophy of my good friend (and proud UK alumnus), Dr. Story Musgrave. We know even more what it’s like to live on this Earth through many lenses that illuminated the individual power of grace and grit.

Crisis Management During a Campaign

For more information, please contact Brent Pieper by email at brent.pieper@uky.edu or phone 859-550-5135