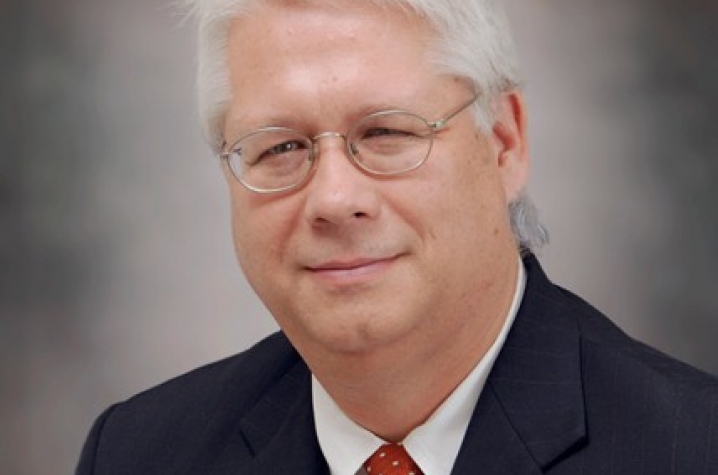 LEXINGTON, Ky. (Aug. 13, 2012) − David S. Burgess, a native of Mayfield and a 1987 graduate of the University of Kentucky College of Pharmacy, has been named chair of the college’s Department of Pharmacy Practice and Science. He will start at the College on Sept. 1, 2012.

“I am thrilled to have a chance to return to my home state and my alma mater,” said Burgess. “My first introduction to academic pharmacy was during my time at UK, and it is a privilege to have a chance to carry on that tradition of excellence that is the hallmark of the UK College of Pharmacy.”

He earned his bachelor’s degree in chemistry and biology from Murray State University in 1984. Burgess then received his bachelor's degree in pharmacy from UK in 1987, before receiving his Pharm.D. from the Medical University of South Carolina in 1990.

In addition, Burgess completed a residency in critical care/surgery and a fellowship in infectious diseases at the Medical University of South Carolina. His primary research interests include anti-infective resistance, pharmacokinetics and pharmacodynamics, and pharmacoepidemiology.

“We are fortunate to be able to add an academic like Dr. Burgess to our already talented team,” said Timothy S. Tracy, dean of the UK College of Pharmacy. “Not only will he enhance our academic program, Dr. Burgess is an accomplished researcher who will add to the depth and breadth of our research program. We look forward to welcoming back to the Commonwealth.”

Burgess has authored numerous publications and abstracts as well as lectured nationally and internationally on microbiology, pharmacokinetics, pharmacodynamics, and infectious diseases pharmacotherapy. He serves as a reviewer for multiple peer reviewed journals and government agencies. Burgess is an elected Fellow of the American College of Clinical Pharmacy and active member of the American Society for Microbiology, the Society of Infectious Diseases Pharmacists, and the Infectious Diseases Society of America. He has served on the Board of Directors for the Society of Infectious Diseases Pharmacists as well as the President-elect (2008-09), President (2009-10), and Past-President (2010-11). Burgess was named an Academic Leadership Fellow by the American Association of Colleges of Pharmacy in 2009-10.

Joining Burgess on his move to the Commonwealth is his wife, Donna, who also is a pharmacist, and their three children, Daniel, Dianna and Derek.