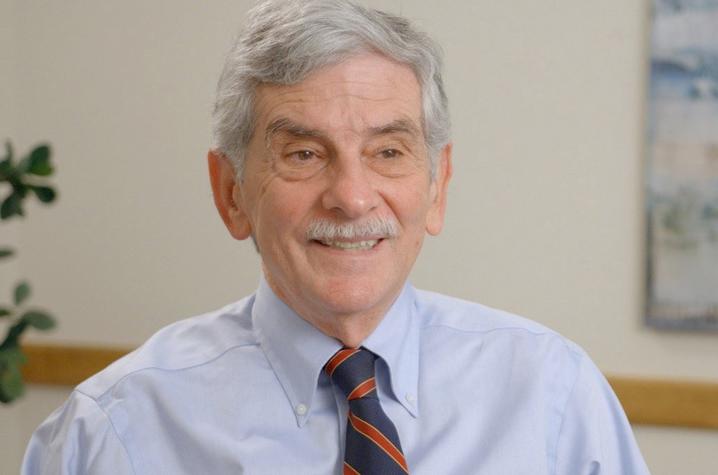 LEXINGTON, Ky. (April 23, 2020) — When grappling with unknowns, it is natural to look to the past to guide what impact the coronavirus will have on the future. John Thelin is a leading authority on the history of American higher education. As a university research professor at the University of Kentucky, Thelin has spent much of his career making sure UK has a voice at the table in national discussions about the future of higher education. He conducts research and teaches on the history of higher education and public policy in the UK College of Education Department of Educational Policy Studies and Evaluation.

Today, Thelin answers some of our questions, bringing historical knowledge to contemporary discussions around COVID-19’s impact on higher education.

UKNow: We are hearing a lot about previous pandemics, such as the 1918-1920 influenza pandemic (known as Spanish flu) and the more recent HIV/AIDS pandemic. How did colleges and universities respond to these events?

Thelin: American colleges and universities have been pretty cooperative and receptive to helping out when these large scale unexpected crises take place — on short notice. Many colleges were understanding and concerned with the Spanish flu epidemic, so closed voluntarily. In Fall 1957 many colleges were both a victim and a solution with the Asiatic flu pandemic. They were hard hit because many campuses had thousands of infected students living in close proximity — leading to a quarantine. At the same time, colleges were resilient in turning their gymnasiums into hospitals, with beds for numerous students. This intruded on pre-season basketball practices, but the colleges did not complain — they did their part. I think HIV/AIDS represented a different problem and situation in terms of identifying an ‘at risk population.’ Besides HIV/AIDS went largely un-served and un-noticed for several years. The main university contribution probably was to provide applied research and development involving treatments and medicines that reduced, if not having cured, the virus.

UKNow: We have repeatedly heard the word "unprecedented" during coronavirus coverage. Does "unprecedented" apply to how higher education is being impacted? Have colleges and universities experienced disruptions like this before?

Thelin: I think each generation or cohort sees the catastrophic events in their own time as “unprecedented.” In fact, there usually have been earlier episodes — always and understandably challenging to the participants and potential victims at the time. Often colleges have been especially helpful — in long term research commitment ahead of the curve, as in the case of the polio vaccine in the early 1950s — and in providing large spaces and housing when needed.

UKNow: Have major shifts in the way we live, such as during times of war or global pandemics, changed priorities for students? Do certain majors become more popular?

Thelin: One landmark innovation that shaped student choices and created a new profession was when the Rockefeller Foundation in 1916 dedicated major funding to creating the first School of Public Health — at Johns Hopkins University. This was soon followed by new schools of public health at Harvard, the University of Michigan, the University of California, Berkeley, the University of North Carolina, Chapel Hill and other universities. This commitment of philanthropy and higher education signaled a recognition that problems such as pandemics had to go beyond traditional medicine — into the realm of demography and epidemiology along with vaccine research to deal with long term collective problems of the well-being of an entire population. The University of Kentucky became integral to this important fusion of academics and service in 2004 with Douglas Scutchfield as the pioneering dean of the new College of Public Health. This mission has continued to ascend in importance in recent years under the leadership of Dean Donna Arnett. I think the creation and funding of the National Institutes of Health and the National Science Foundation in the years immediately following World War II were crucial in signaling that such public health problems and diseases were an on-going national concern that warranted resources and expertise. And, then NIH and NSF grants to campuses helped attract talented students and faculty into research and development — and then allowed universities to provide a range of services on-going. It was the deliberate planning and commitment that made these effective.

UKNow: When the U.S. economy has been in a recession and there have been high levels of unemployment, what typically happens in higher education? Do people struggling to find work often take the time to pursue a degree?

Thelin: This varies according to the kind of threat and particulars of a recession. Fascinating to me is that in the throes of the Great Depression starting around 1932, college enrollments actually increased. One explanation was that the disappearance of a viable job market in many fields meant that students had few good alternatives other than to stay in school. Going to college also became attractive during later recessions when a growing number of Americans saw going back to college as a source of knowledge and credential so that one could change professions and be prepared for other, attractive fields.

UKNow: We have been seeing interest in online degrees increase in recent years. Do you think the COVID-19 pandemic will cause those numbers to grow?

Thelin: The utility of online degrees and courses has been essential for colleges and universities in their immediate response to the pandemic. It probably means that distance learning will be a fixture at almost all colleges and universities. But there is another important side effect of the pandemic: shutting down the traditional campus and courses and activities has reminded Americans as students, faculty, and fans that we really do like and appreciate teaching and learning and activities in person. So, I think after having endured the hardships of a pandemic, American colleges and universities will regain much of their customary character — and their appreciation from Americans.